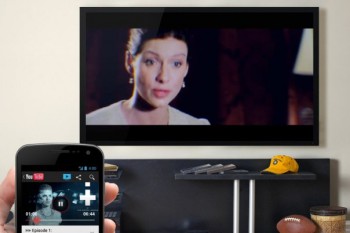 The age of new television has arrived

It looks like the new television is here: a flexible, open industry more responsive to consumers and producers.

Henry Jenkins’ textual poachers have become textual producers. Twenty years ago, audiences struggled to get power in production. Fans orchestrated large, coordinated campaigns to revive shows like Beauty and the Beast. Soon media companies started folding viewers into the story, first with reality television and shows like American Idol, then in games and webisodes tied to shows like Lost and Defiance.

Studios and networks expressed anxiety about the loss of control, with some reason. Competition is stiffer and customers more empowered. HBO, which led the cable unbundling, now has a competitor in Netflix, which has plans to exceed the premium channel’s investments in original programming. And this year fans outsmarted a studio (Warner Brothers), who assumed Veronica Mars was a dead franchise with little value left.

The explosion of original series amid greater choice and control from users makes the digital era thrilling. We believe we are seeing a near-perfect market for TV, where the value fans derive from media texts matches what conglomerates see in the shows and viewers alike:

So while I’m giving my money to Warner Bros., I do the same every time I pay my cable bill or buy a ticket to one of their films. But this time I’m getting something more palpable: I’m entering into a commercially-facilitated, serialized one-way relationship with a mass media text [Veronica Mars] and its production crew – which is a pretty good definition of fandom in general.1

In Jason Mittell’s pithy description of value exchange in the new television economy, audiences, distributors and producers all get what they want.

Is that true? Certainly the studios and distributors are. As I recently pointed out on Jenkins’ blog, media stocks have multiplied threefold – in some cases, fivefold – since the lows of 2008. After purchasing the Star Wars franchise, Disney’s stock has never been higher. On the creative side, the likes of David Fincher, Rob Thomas, Zach Braff, Jenji Kohan and Anthony Zuiker are all getting the chance to develop new or revive lapsed intellectual property.

All evidence points to a radically changed television industry, one more accountable to its customers and talent.

But we have another television, one that, in my view, better reflects the promise of digital technologies to widen distribution, expand marketplaces and connect producers and users more equitably and efficiently.

It’s not an easy market to understand, because unlike the players above, most of its participants lack robust budgets for marketing and publicity. I’ve spent years trying to grasp the breadth and depth of independent production online, and I only know a sliver.

This April I tried to give voice to a small but vibrant segment of that market. My “Indie TV Innovation” series featured essays from television producers who are satisfying audiences, critics and workers, all while releasing stories we never see on “television”2. Many are current or would-be workers for the industry who create “hits” by running successful crowdsourcing campaigns, frequently raising totals upwards of $20,000.3

Among them were producers like Ilana Glazer, whose cult web series, Broad City (co-created with Abbi Jacobson), was fresh enough to attract Amy Poehler to co-produce their show for Comedy Central, who picked it up for a 2014 release. 4 Michael Cyril Creighton wrote an honest reflection on how he took his lack of value as an underemployed character actor and turned it into a poignant series, Jack in a Box, which won him accolades from the Writers Guild, New York Television Festival and New York Times. 5

Of course mainstream attention is only one way to identify innovation in the indie market. In fact, it’s often the least revealing. Take little-known High Maintenance, produced by a talent agent Russell Gregory, actor Ben Sinclair, and 30 Rock’s Emmy-nominated casting director Katja Blichfeld. An anthology series about a weed dealer, the show presaged mainstream acceptance of marijuana consumption, all while adopting limber production practices and giving character-actors roles that showcased their talents better than on-air TV work. 6 Or consider The Lizzie Bennet Diaries, which adapted Jane Austen for the vlog-era and raised half a million dollars on Kickstarter to fund another adaptation, Austen’s unfinished Sanditon. 7

Hundreds of series and networks target communities under-served by legacy television. 8 This includes tello, a subscription lesbian network that recently raised $50,000 to produce a series based on an unaired pilot at UPN, Nikki & Nora. 9 It also includes Black & Sexy TV, a YouTube-based channel with five scripted series under its belt, showcasing rising writing talent like Issa Rae (who has her own web hit, The Misadventures of Awkward Black Girl) and Lena Waithe (Dear White People). 10 I could have solicited the prodigious Freddie Wong, whose Video Game High School crowdsourced $1 million for an action comedy starring an Asian American. The indie TV market is clearly more diverse than Hollywood, whose key storytellers and decision makers remain white, middle-aged and male.

A still from Black & Sexy TV's The Couple

Not featured in the series were the scores of vloggers, comedy podcasters and producers under contract with YouTube’s multichannel networks who are amassing audiences the networks can’t find or don’t care to look for.

This is not a perfect market, not nearly. Labor in indie spaces is underpaid and mostly non-union, though that is changing slowly. Lack of investment from brands and studios also means the “quality” of the shows is lower. And yet, despite lower production value, many shows have built, over years, fan bases larger than art TV hits like Girls, Enlightened and Louie.

Welcome to the paradox of the digital marketplace: wider distribution allows for more opportunities for value creation, explored in recent scholarship on Spreadable Media, Media Franchising and Digital Rights among others. 11 Yet conglomerates still hold the keys to industry – the space where marketing raises awareness and delivers massive returns on investments in intellectual property. This power allows them to cover up rising inequality in production– detailed in Vicki Mayer’s Below the Line – and increasing control over user information – chronicled in Joseph Turow’s The Daily You. 12 Netflix overspends on House of Cards and gives Mitch Hurwitz creative control while we miss it lobbying Congress for a significant privacy exception. 13

In response to critical excitement over how the revival of Arrested Development would reinvent the television text and business, I suggested indie TV had already done plenty of innovating. 14 Think Progress’ Alyssa Rosenberg, a consistently incisive critic of the industry, responded these innovations had “limited impact.”

From my desktop, the impact isn’t limited. Hundreds of thousands of shows have been produced for web distribution, igniting the passions of millions and raising millions from those fans who don’t want to see their stories die. Because the industry doesn’t know or want to invest in them, the wider public devalues indie production, ensuring value rests in content conglomerates can more easily distribute. Large companies rarely fish the digital sea, let alone feed it; they’d rather we buy from the farm they can control. Exclusivity increases value. It’s no surprise Netflix, walled off from the web, has been able to generate the most buzz in the digital space. 15

But if Warner Brothers went bankrupt tomorrow and the Veronica Mars project died, another would take its place online. This isn’t to diminish the incredible affective connections individuals have with texts – we all have them – but rather to suggest bigger possibilities. Instead of sending thousands of letters or millions of dollars to executives and shareholders, fans and viewers could support a system where they have even closer contact with storytellers, who in turn would have more creative control and whose sponsors would have a stake in maintaining the delicacy of that relationship.

That’s a romantic vision, but, practically speaking, feasible. We have to broaden our preconceptions of what counts as a television series, producer and “hit” – as Lotz’s theory of post-network television argues we should – then advocate lawmakers and conglomerates open and restructure media distribution with workers in mind.

All evidence suggests the new networks aren’t going to do it on our behalf.