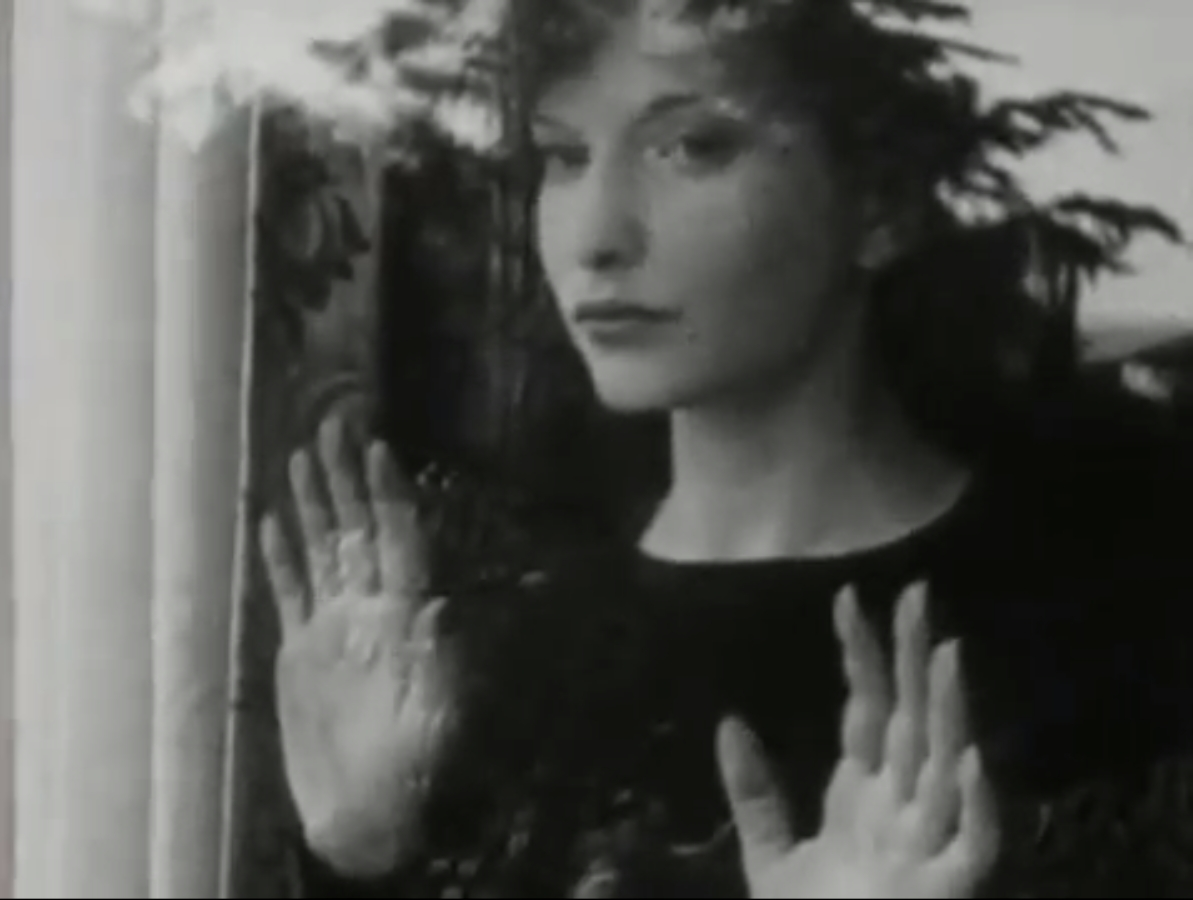 Meshes of the Afternoon

An appropriate subtitle to this essay might be: “Or, A World in Which Final Destination 4 is Not an Oxymoron.” The somewhat circular, recursive nature of obsessions, academic or otherwise, comprises the subject of both this essay and the one I wrote some time ago.

An afterword, expansion or continuation of a piece written after the fact might well have appealed to Maya Deren. She repurposed much of her own writing over the course of her career, and these amended writings served new purposes. In 1945, for instance, one of the first brochures drafted by Deren for publicity described Meshes of the Afternoon as being “concerned with the inner realities of an individual and with the way in which the sub-conscious will develop, interpret and elaborate an apparently simple and casual occurrence into a critical emotional experience.”1 Fifteen years later, she noted that in hindsight such a description was insufficient and possibly even misleading; she takes a moment to explain the problem of the propensity of film audiences towards making “personalized psychological interpretations”2 (elsewhere, she railed specifically against “Surrealist or Freudian” interpretations).3, when, as she frequently insisted, “a knife falling out of a loaf of bread is…a knife falling out of a loaf of bread, nothing more!”4

With these things in mind, as I revisited the article I began writing over three years ago, “Frustrated Climaxes: On Maya Deren’s Meshes of the Afternoon and Witch’s Cradle,” I noted that just as it was for Deren, and as will surely always be the case whenever one undertakes a creative endeavor, a strong call beckons to rework the material that eventually found its way into one form of being. As the poet Richard Hugo has noted: “In fact, most poets write the same poem over and over.”5 Like all work that obsesses its maker, because many paths have to be left behind as the material takes shape, that material seeks additional outlets. In my own case, for example, the article’s idea has exponentially expanded into a book-in-progress whose working title, Incomplete Control: Maya Deren’s Unfinished Business, suggests the ad infinitum cycle of in/completion of which this new essay is one part. The book project explores the nature of incompletion more generally over the whole range of Deren’s oeuvre and touches on its implications for cinema studies more broadly. However, even afforded this expansion of the article’s initial ideas, there are aspects of Deren’s work in regards to the notion of incompletion that I would have liked to address, just a couple of which I will mention briefly in the space that remains.

In the interim between submitting the article and its publication, an exciting, related direction in the study of Deren’s work emerged in Lucy Fischer’s keynote address “Afterlife and Afterimage: Maya Deren in ‘Transfigured Time,’” delivered at a symposium commemorating the 50th anniversary of Deren’s death in October, 20116. Culling various sources from the Internet and beyond, one of Fischer’s points was to show how Deren’s legacy increasingly derives from her re-circulated, reconstructed, recreated presence found outside of her films, especially through different iterations of her persona and/or by way of the vehicle of the Internet. Perusing the web, one readily finds ways of thinking not only about Deren’s legacy, but also about the necessity of an open-ended approach to an oeuvre that would otherwise appear closed. That is, if we say the work of Maya Deren is comprised of six short films, end of story, then possibilities for engaging even just that work (not to mention her unfinished films or writings) are prematurely shut off.

If instead we privilege the possibility of holding things in tension without resolution—if we redirect the project of engaging with Deren’s films and legacy towards waiting-to-see rather than resolution, towards revision or repurposing rather than closure, and/or towards aleatory rather than heavily pre-plotted methods—then new ways of thinking about the creative process emerge, leading us to multiple “final” destinations: a “last” word still on the horizon. Recreated aspects of Deren’s work come in myriad forms, often somewhat mysterious in their relation to the original. How the mirrored figures of Meshes of the Afternoon found their way into the corridors in which Janelle Monáe dances on her “Tightrope,” I could not proclaim to know. But their presence does suggest something about the way the same ideas that Deren developed elsewhere circulate: the subconscious has a way of tapping into or expressing itself through images, obviating along the way logical or causal relationships and depending instead on elusive but persistent “emotional experience” for resonance.

Among Fischer’s sources and several others that came up when I started to look on my own, I was happy to find a thriving culture of Deren critics on the sites where her films may now easily be found. Attached to one of YouTube’s uploads of Meshes of the Afternoon, the debate between experimental film and Hollywood is alive and well; taking a random sampling from the comments, several viewers encourage skeptics (e.g., “in all honesty, what the fuck is this”) to reserve judgment, in terms more or less helpful; for example: “Something can be BS and still be interesting and worthwhile. In a few years you might come back to this film and enjoy it. :)” While there exists maybe a disproportionate amount of comments that reflect on how beautiful or sexy Deren herself is, such debate about a film that essentially depends on frustrating expectations is to be appreciated. Deren’s film in this format reaches a much wider audience than she might have otherwise hoped for. Along these lines, I also note the remarkable fact of the availability of material from the Deren archive now on the web, which further opens up possibilities for a more democratic engagement with Deren’s material traces. Notable examples are her correspondence with Gene Baro7 and the full audio recording of her record, Voices of Haiti, on ubuweb.

In the aftermath of the Cinema Journal article, of course, a number of related questions or directions for further inquiry have come up, and in addition to any commentary about the essay itself, I’d be delighted to hear suggestions about any of them. For example, is there a specifically feminist charge to Deren’s dependence on incompletion? Does it counter an apparently “masculinist” linearity, based on cause and effect or closure? Is there a way that Deren’s legend ought to recuperate other legends with whom she was in contact, including especially her partner in making Meshes of the Afternoon and, later, The Private Life of a Cat, Alexander Hammid? What are the implications for genre or visual ethnography, in that Deren’s documentary feature about Haiti was never completed? Obviously this range of questions cannot be addressed in one, tidy argument, but the way such questions persist speaks to the multiplicity of meanings that won’t be contained in Deren’s aesthetic, inasmuch as it honors open-endedness and offers a “last” word many times over.

Image Credits:
1. Meshes of the Afternoon