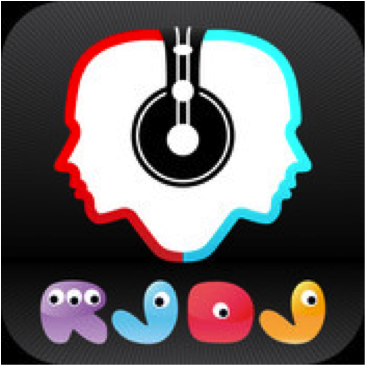 New mobile medialities create the conditions for generative cultural and spatial practices that are transforming fundamental dimensions not only of contemporary urban culture but also potentially of political space and forms of civic engagement. As I concluded in my previous post on “Mobile Mediality” , some new media artists and activists have aimed to avoid the commercial imperatives associated with technological innovation and to instead create disruptive spaces of resistance, of sharing, and of convivial publics. Such practices may present a real challenge (or at least a playful mockery) to existing mobility regimes, which emphasize surveillance, remote control via locative and tracking technologies, the mining of big data, and the proliferation of “smart” networked infrastructure and autonomous vehicles.

If digital social media and mobile information and communication technologies are enabling people to be on the move, to connect and disconnect, and to enact presence and absence in new ways, how are the day-to-day appropriations of mobile media and geo-locational data producing new relations of people to community, civic interaction and political communication? Mobile locative art and social networks, mobile gaming and civic hacking can extend social and spatial activities which are more akin to “serendipitous play” than to commercial types of “gamification”, marketing or monetization. I will briefly illustrate each of the following examples, ranging from the more playful to the more political, leading up to the concept of mobile conviviality as a mode of media-interconnected political engagement. 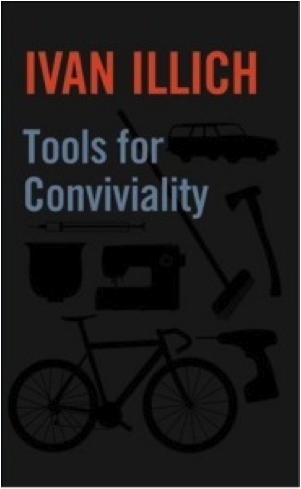 As an event at documenta (13) put it, drawing on the concept of conviviality in the work of Ivan Illich: “To think about conviviality today means to address the notion of equality under the point of view of social interaction, the way the notion of presence has been interpreted by the social media, the debate around modes of dissent and engagement, and the understanding of political and public forms of distribution.”1

The prevalence of ear-buds on hand-held devices has encouraged the proliferation of sound-based interventions into urban mobility, creating new soundscapes that interact with location. Games like Dimensions, by RjDj, make the claim that they are totally immersive, blending game play into your life: “Dimensions isn’t played on the touchscreen of your device, it is played in your real life. The app makes use of every possible sensor on the iPhone and intertwines game play deeply into your daily life. In Dimensions, you really are inside the game – its not just a marketing phrase!”2

Such interactions may have a gaming element, as Dimensions does, by allowing the player to open or access different levels; but others simply allow for acoustic drift and serendipitous encounters with place, noise, and ambience. Indeed, rather than immersing the listener “inside the game”, the experience may be switched to immersing reality in a new social perception. Walking in a sonically augmented space may then become an interface for engaging locational memory in more politically poignant ways, as described below.

More serious works, like “Alter Bahnhof Video Walk”, produced for Documenta(13) by the husband-and-wife artists Janet Cardiff and George Bures Miller, use mobile video and sound to produce a disorienting yet magical layering of time-space. Place-based memories are re-embodied in an immersive and intimate yet public soundwalk that enrols the audience, passersby, and architectural spaces in a hybrid experience.

Like interactive mobile gaming, these kinds of public mobile art projects also generate a kind of mixed reality immersion, but often with a more disruptive aim to defamiliarize, and perhaps politicize, the otherwise mundane experience of the here and now. It also reminds us of alternative uses of our ready-to-hand technologies of communication, undermining the demands of immediacy and instantaneity with a counter-temporality.

As Robert Grusin3 explains, the emphasis on immediacy now is “epitomized in the form of IT models like cloud computing or projects like Open ID and the Open Web, which aim to make seamless one’s multiple interactions with commercial and social networking, with health and medical records, juridical and educational records, shopping and entertainment preferences”, based in an “unconstrained connectivity so that one can access with no restrictions one’s socially networked mediated life at any time or anywhere through any of one’s media devices”4. Against this wave of unrestricted access and seamless connectivity it can be productive to let hidden histories and jarring alternative narratives leak into the present.

PETLab at Parsons School of Design, directed by Colleen Macklin, uses games as a form of public interest engagement. Re:Activism, for example, is “a location-based urban game that maps the history of activism onto the public spaces where they occurred, as players reenact and re-create the actions that once took place there.” All it requires to play is a mobile phone with a camera and the ability to text message, posterboard, markers, and pamphlets.

Playing the game provides “space and strategies for new interpretations of the issues that activated those in the past. While the game explores history, its primary content is active: the relationship between navigating the city and organizing actions in order to express and document new strategies for public engagement.”5 Here the capabilities of mobile navigation and locational place-memory are leveraged to instigate active civic engagement and reanimate repertoires for activism. Taking it to the streets, it combines low-tech means with mobile phones, GPS mapping, and popular social media like texting.

Grassroots Mapping has various origins, but one current version of it seeks to “invert the traditional power structure of cartography”. Using helium balloons and kites equipped with inexpensive digital cameras, people from Lima, Peru, to post-Katrina Louisiana have been able to create “community satellites”. As its founders argue, “By creating open-source tools to include everyday people in exploring and defining their own geography, we hope to enable a diverse set of alternative agendas and practices, and to emphasize the fundamentally narrative and subjective aspects of mapping over its use as a medium of control.” Like other such recent movements, grassroots mapping seeks to reappropriate technologies of surveillance, visualization and data collection for civic purposes.

Civic hacking has emerged recently as a national movement to turn open data into a wide range of socially useful applications. Mobile Apps like SeeClickFix, for example, proclaim that “With a few clicks, citizens can report and monitor problems in their community using their iPhone, Android, or Blackberry device. The SeeClickFix mobile apps make it easy and accessible for everyone to communicate concerns to government in real time.” 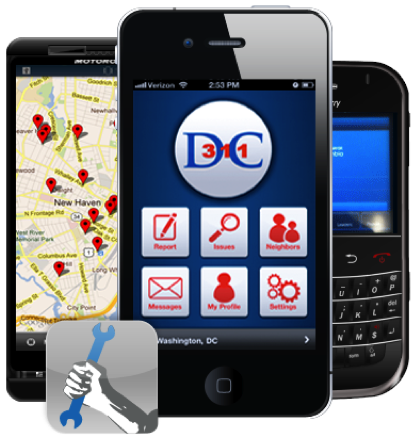 Not only can citizens communicate concerns, but their reports can be directly integrated into data systems for actual service requests. Spearheaded by Code for America, civic hacking has now been adopted by many municipalities and even by the federal government. The city of Philadelphia, for example, appointed Mark Headd from Code for America to serve as its first ever Chief Data Officer in August 2012.6 The Obama administration announced an Open Government Initiative, and a National Day of Civic Hacking has been declared for the weekend of June 1-2, 2013. These initiatives adopt the do-it-yourself and tech-geek attitude but apply it to creative forms of citizenship and participation that adopt loocative mobile technologies for bottom-up mobilization and “sousveillance”.

Others, however, take a more disruptive approach to engaging the circuits of media and power, which may lead to more radical forms of mobile convivium. The Transborder Immigrant Tool is a project created by the Electronic Disturbance Theater (EDT) 2.0/b.a.n.g. lab, based at the University of California at San Diego. They envisioned a very basic hand-held GPS-enabled cell phone that could be given to migrants attempting to cross the Mexico-U.S. border to help them locate water caches in the desert, as an emergency precaution, while also sending them text messages with poetry to help re-humanize the border encounter. This controversial work in a sense tries to enact a humanized transborder space of conviviality that extends hospitality across lines of alienation, while reappropriating mobile technologies that have been envisioned as facilitators of an exclusionary “smart border”. A sense of its poetic and theoretical quality is conveyed in a video they produced for ISEA 2009 in Dublin:7

There is a field of emerging research concerning creativity, social mobilization, and the formation of new mobile publics and mobile arts practices at the intersection of locative arts and the digitally augmented urbanism that some describe as “networked place”8 or “hybrid space”9. Emergent practices of mobile mediality elicit both utopian hopes and dystopian fears about pervasive computing, augmented reality and responsive environments.

The projects reviewed here suggest some of the potentials of mobile mediality to afford new sites for more modest creative interventions, public participation and civic engagement. The deployment of the mobile internet, hand-held devices, and locational technologies may simultaneously assist in the reformation of the dominant mobility regimes by providing potential spaces for critique, political dissent, and counter-organization. If these artistic modalities are indeed producing new understandings of our contemporary situation, and as I have argued new forms of mobile conviviality, then perhaps we can also use these tools and techniques to generate new research methodologies and new tactics for interventions in the networked spaces of digital urbanism.