“If I had a son, he’d look like Trayvon”: Troubling the Visual Optics of Race
Isabel Molina-Guzmán / University of Illinois Urbana-Champaign 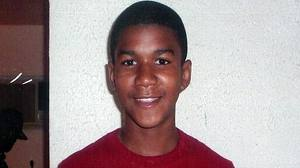 On February 26, 2013, the one year anniversary of the shooting of Trayvon Martin in Sanford, FL by George Zimmerman, I stare at the beautiful face of Trayvon Martin on my television screen and online news feed. I study his cinnamon brown skin, big teddy bear brown eyes and long black lashes, trimmed tight curly black hair, well-sculpted nose and full lips. I hear the invisible and terrified cries for help, the shot, and the silence.

I am racially black and I am of Puerto Rican and Dominican ethnic descent. And I see my father, uncles, cousins. I silently remember President Barack Obama’s somber observation more than a year ago: “If I had a son, he’d look like Trayvon.”1

The Problems with the Visual Optics of “Race”
I remember being frustrated by the news narratives that categorize Martin as black and George Zimmerman as white simply because of the color of their skin. After all, if Martin could be the son of our first mixed race president or be my son, his identity should be more complicated than the color of his skin. Martin’s gender, class, and ethnoracial complexities remain irrelevant – he was essentially, biologically, and categorically a black man. As a racial or ethnic identity, blackness remains static despite US Census reports that the black population is more racially and ethnically diverse that ever before with more than 25% of the growth among black Americans driven by immigration.2 Indeed Haitians are among Florida’s largest immigrant population.

Nevertheless, who is defined as black in the United States continues to be defined by the problematic rules of biological hypodescent – the one drop rule that defines anyone with one drop of “black blood” as black. How that “one drop” is often determined is by the visual resonances of blackness; and, Martin “looks” black.

Amidst civil rights protest calling for Martin’s murder to be classified as racial profiling and a hate crime, the story becomes more complicated and more troubling.

According to his father, Zimmerman is white and a minority too and my frustration increases: While images of protests from across the country skitter past on television screens, the elder Zimmerman has tried to do what others have been doing, in various ways, for days: define his son. George is “a Spanish-speaking minority,” the father wrote in a letter delivered to The Orlando Sentinel. “He would be the last to discriminate for any reason whatsoever.” George, the father insisted, was more like the boy he killed than people thought. George was a minority — the other — too.3 In other words, his father suggests that Zimmerman looks white but his mother’s Peruvian heritage means that he too understands racial discrimination and would never discriminate against another racial minority.

Shortly thereafter the news media correct themselves and finally and controversially Zimmerman becomes a “white Hispanic:” “Mr. Zimmerman, 28, a white Hispanic, told the police that he shot Trayvon in self-defense after an altercation. The teenager was walking home from a convenience store, where he bought iced tea and Skittles, when he was shot once in the chest.”4 However, Zimmerman’s newly found Latinidad remains unexplained and apparently journalistically insignificant despite his family’s attempt to inject his “ethnic brownness” into the public conversation as evidence of his racial innocence and the lack of Zimmerman’s racial motivation. 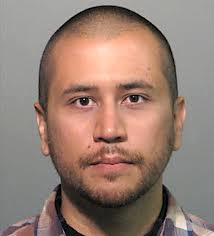 Conservative news commentators, such as this Washington Post columnist, angrily respond to the New York Times decision to qualify Zimmerman as a white Hispanic rather than simply a Latino or Hispanic: I guarantee you that if George Zimmerman did something good — if he finished first in his high school graduating class when he was younger — they wouldn’t refer to him as a white Hispanic, he’d just be a Hispanic. . . . He’s only a ‘white Hispanic’ because they need the word ‘white’ to further the story line, which is, White, probably racist vigilante shoots an unarmed black kid.5 Why aren’t Latina/o activist organizations, such as the National Council of La Raza, not outraged at the racial description of Zimmerman? Why are they not coming to Zimmerman’s defense Rush Limbaugh and others want to know?

Thanks to media narratives about the “browning of America,” Zimmerman it appears is too white or not brown enough to be read as Hispanic. The biologically driven visual optics of race that often write out white Latinas/os such as Cameron Diaz or black Latinas/os such as Rosario Dawson, fail Zimmerman’s attempt to racialize and shield himself from accusations of racism. Zimmerman does not fit the visual archetype of Latinidad. 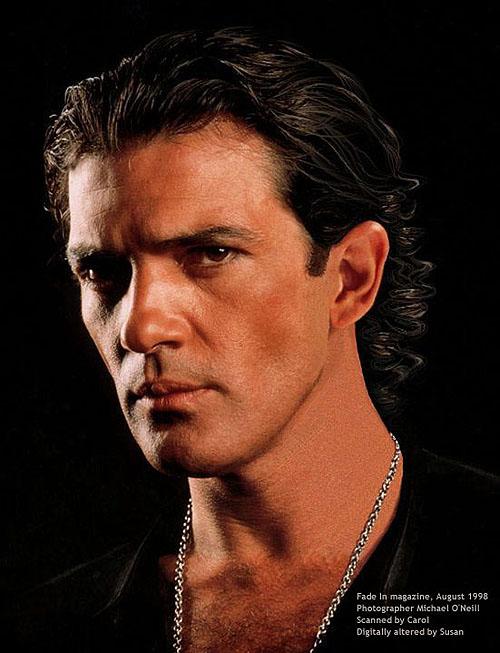 Although Banderas is of European Spanish descent, he is often classified by the media as a Latino for his archetypical looks defined by his dark wavy hair, dark eyes, and olive skin.

In response to conservative criticism, the National Council of La Raza and other Latina/o political organizations point out the unspeakable by reminding us that Latinas/os and other minorities can be racists too. And the Congressional Hispanic Caucus joins other civil rights groups in calling for the Department of Justice to pursue Martin’s death as a hate crime.

Moving Beyond Visual/Biological Definitions of Race and Racism
On the anniversary of Martin’s death, I ponder how we might have arrived at this moment – when Latino racism remains un-interrogated, white Latina/o privilege unexamined, and blackness homogenized. How do we continue to live in a world where race is assumed to be visually and biologically definable and ethnicity invisible when it is not easily marked by race?

I am reminded of Silvio Torres-Saillant’s work regarding the ways US Latinas/os are socialized to negotiate racism by moving away from categories of race resulting in a breakdown of coalition building between Latinas/os and other US ethnoracial minority groups.6 I think about the ways in which ethnoracial minorities in the United States are often structurally positioned to compete for scarce resources – housing, food, low paying jobs. I reflect on Lisa Cacho’s notion of “racialized rightlessness” to recover the silent narratives of interracial violence and racism subtly embedded in the media’s coverage of the Martin case, narratives that position ethnoracial minority groups against one another; that implicitly suggest that one group is more deserving of rights than another group; that often ignore the ways all minority groups are denied social, political, and economic equality.7

I acknowledge my sense of loss. I have no answers. I finish this column and kiss my one-year old mixed-race, multi-ethnic son goodnight and whisper in his ear that it will be okay.