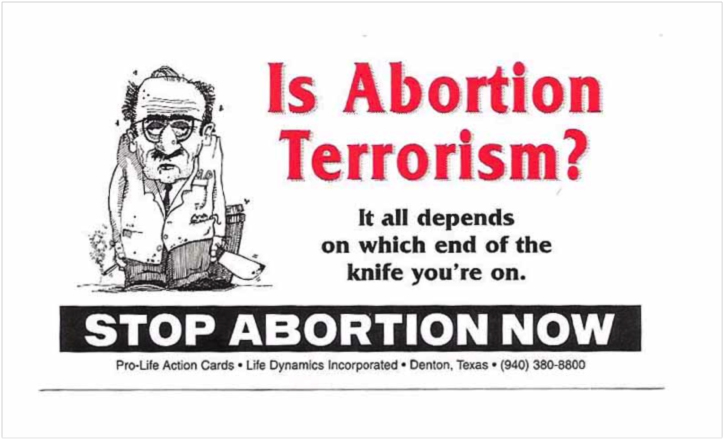 Metaphors orient us to our world. Humans process thoughts through metaphor. Metaphors are the single things that allow us to transfer sensory experience to an understandable medium. They inspire us to think about certain things in certain ways. Using a process of association, we learn what to think about and how to think about it. Unfortunately, abortion is the poster child for women’s rights. Abortion rhetoric made its way into competing social movements, campaigns, and personal vendettas towards pro-life and pro-choice camps as if those two positions are not only incongruent and opposite, but in fact important enough to fuel political wars for half a century.

So what does abortion rhetoric orient our minds towards?
Abortion rhetoric teaches us that women’s bodies are primarily designed for childbirth. It teaches us that reproduction is the most important social issue when it comes to our bodies. It equates abortion with terrorism, suggesting that women who seek abortion and doctors who perform them are terrorists. It parallels slave owners and abortion supporters. It assumes that those who are pro-choice are abortion supporters. Pro-choicers don’t necessarily support abortion, but support a woman’s right to choose. Of course, the rhetoric doesn’t explain that; it reduces a very complex problem into a war where neither side is in full disagreement. Anti-abortion and pro-choice rhetoric highlight the moral dilemma of life over freedom. I wonder, what is a life without freedom. Why can’t we have both? 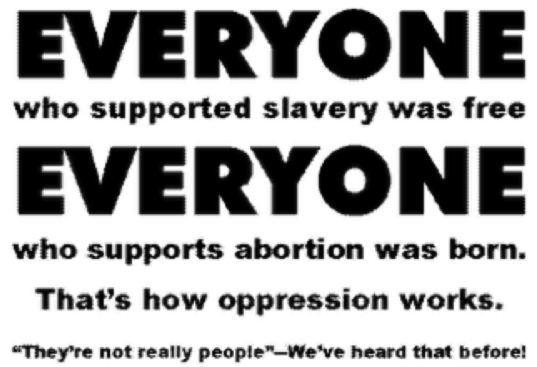 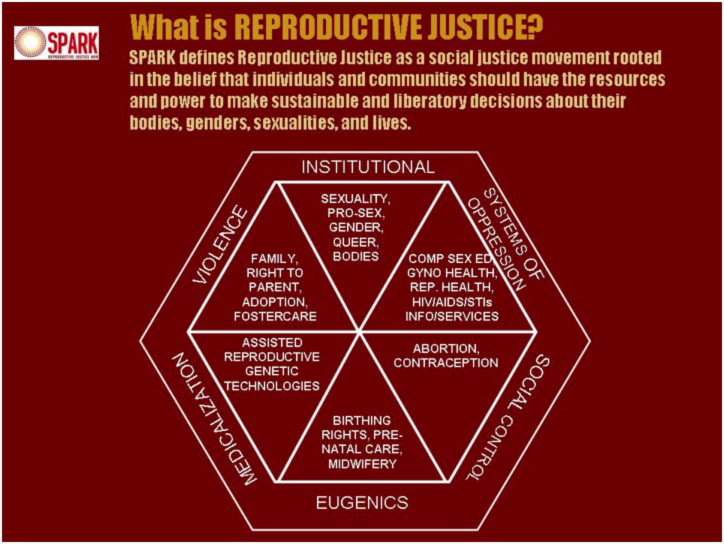 According to SPARK, reproductive justice is a social movement designed to generate the resources required for communities to make sustainable decisions related to bodies, genders, sexualities, and families. Access to health care, adequate education, and language are the building blocks for generating responsible sexual attitudes, practices, and communication. With the proper building blocks, we cultivate a society that is more understanding, less judgmental, or more prone to communicate, educate, and reciprocate understanding about sexual dialogue. With more conversations and dialogue stemming from a place of holistic awareness, we make better decisions, resulting in a range of positive consequences, including less unwanted pregnancies. If we spent more time focusing on reproductive justice, perhaps we can spend less time arguing over a moral dilemma like choosing life or freedom. 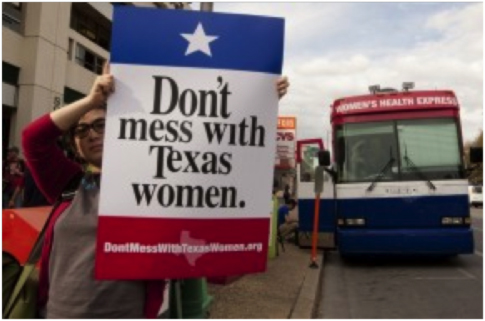 Why Reproductive justice now?
I live in the state of Texas. Governor Rick Perry and Texas legislature passed a rule that bars any doctor “affiliated” with an advocate of abortion from participating in state-funded programs. Not only does the ruling eliminate Planned Parenthood state funding, it hurts the doctors, and the people who visit them, who are associated with any entity that advocates abortion. This means limited health practitioners, specifically for low-income women. This means less access to health care, contraception, counselors, and resources. Our Governor is so against abortion that he is willing to sacrifice countless other resources for women who need them. The moral dilemma has become so entrenched with the metaphor abortion that it fails to see clearly what is sure to increase the very thing it hopes to eliminate, abortion. When metaphors restrict our reality to one social issue, we lose site of what is important, what matters, what is vital to survival. Our country lost site when we chose to focus on abortion as the central women’s issue, and ignored the other countless issues resulting in unhealthy communities. In our country, we spend too much time and money rhetorically framing abortion. We spend money, time, and energy fighting for and against a woman’s right choose and a fetuses right to life that we could spend on education reform, environmental protection, institutional racism, classism, and ableism. Imagine what would happen if all of the pro-lifer and pro-choices joined forces to educate about protecting the environment. I leave you with one of two outcomes: (1) we turn that fight into a rhetorical war over a plants right to grow versus human’s rights to choose what to eat; or (2) we create mass communication campaigns that reach millions of people and spark change. Rhetoric or Action? That is the question.