Could it Be? It’s Becoming Chic to be Geek
Mary Vanderlinden / Averett University 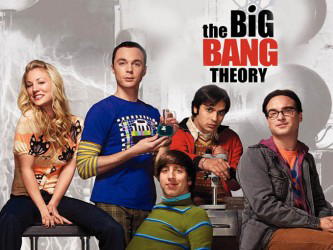 The Chic Geeks of The Big Bang Theory

Alternative personifications appear on television with each new season, but few portrayals have had the kind of staying power as what we would define as the geek image. During the past few years, shows have emerged celebrating numerous characters who are do-gooders embodied by their own sense of self-confidence, desire for true knowledge, and a pivotal notion of what is best at that particular moment in time. Characters such as Sheldon Cooper on The Big Bang Theory, Betty Suarez in Ugly Betty, and Dwight Shrute of The Office have aided in making this monumental step forward.

Sheldon Cooper Explains Being Treed by a Chicken

For those of us who are self-proclaimed geeks these images are meaningful and have left us with a sense of justification: it is okay to embrace our quirky, socially inept side.

Television is a Socializing Mechanism
So why are such images so important? Simply, television plays a role in shaping our world and the inclusion of alternative personifications relates meaningful information to society. For years researchers have proven that television is a pervasive medium that affects the lives of individuals by developing their behaviors and decisions. Seminal research on this subject was performed in 1964 by DeFleur1 then followed by the likes of Christiansen (1979),2 Dates (1980),3 Abelman (1989),4 Elasmar, Hasegawa, and Brain (1999),5 and Chory and Corozza (2008)6 to name a few. Their findings align, showing that television provides us with ideas about the world and the people we meet. Elasmar et al. (1999) expressed this notion and wrote:

Television may teach general expectations of self and others and whether behaviors for self and others are appropriate. For example, for a young female teenager, the actress she admires can serve as a multipurpose model: a source of occupational aspiration, clothing style, hair design, and more.7

Such relational occurrences described do happen in real life and they are neither rare nor unique. Take for example Supreme Court Justice Sonia Sotomayor who told a similar story about her decision to study law. 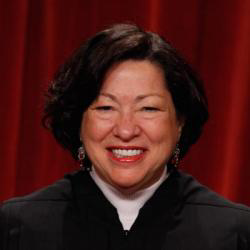 Proclaiming herself “a true media child,” Sotomayor said she was influenced and motivated by the fictional television attorney Perry Mason. Sotomayor explained, “I noticed that Perry Mason was involved in a lot of the same kinds of investigative work that I had been fascinated with … so I decided to become a lawyer”.8 Sotomayor’s admission lends credence to the notion that television is a powerful tool for informing a person’s decisions and behavior.

Too School for Cool
What research indubitably shows us is that the more characters appearing on television that are book smart, technology savvy, too school for cool, and accepted by their vicarious group of peers, the more society will acknowledge and be tolerant of our being: truly this is good news for any geek. Two such character portrayals that are blazing the trail are Dr. Sheldon Cooper on The Big Bang Theory who at one time was bested by an ornery chicken, and Dr. Spencer Reid, appearing on Criminal Minds and who attempted to share his knowledge of Dr. Who to impress an attractive young detective.

Dr. Spencer Reid Attempting to Impress by Referencing Dr. Who

Room to Grow
Perhaps one of the most interesting developments of the geek genre is the fact that many shows are allowing these characters room to grow. Years ago geeks like Steve Urkel on Family Matters, a sitcom that aired from 1989 to 1997, never really got the girl and was relegated to a life of loneliness played out on 30-minute weekly television show. 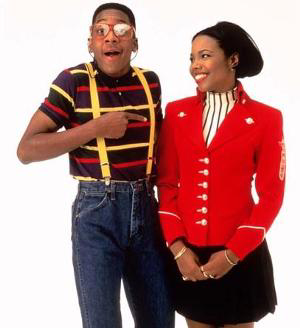 Though geek characters today are depicted as maintaining their frequent trips to the comic book store or annual pilgrimage to Comic-Con, they are now shown as engaging in a more rounded life. For example, in The Big Bang Theory the character Leonard Hofstadter dates his attractive neighbor and budding actress Penny. Further, the other characters on the show are matched with girl friends that complement their unique personalities and physical traits. To further make this point, Betty Suarez in Ugly Betty blossoms into a beautiful and talented woman who has found her way in the overly competitive and often hateful world of fashion magazine publishing. Here is a clip from a season finale illustrating this point:

Betty blossoms while tackling the world of fashion magazine publishing

Television shows are indicative of the period in which they appear. For example the 1960s were marked by westerns like Bonanza and Gunsmoke, the decade of the ‘70s was known for social awareness in programming such as All in the Family and Maude as well as fantasy crime shows like Charlie’s Angels, sitcoms like The Cosby Show became the norm in the 1980s and so on. The question remains, will future writers refer to the new millennium as the decided era of the geek?