How to become a TV star
Graeme Turner / University of Queensland 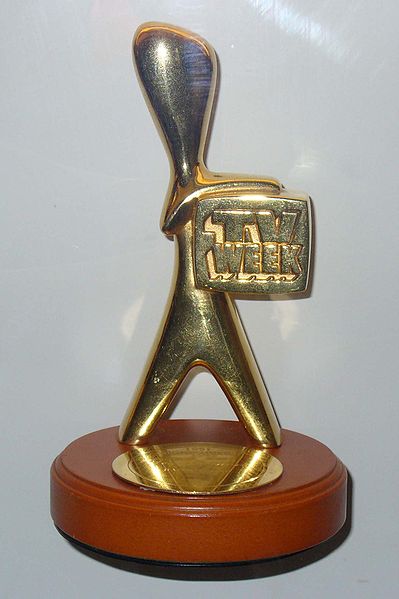 Let me give some background to this first. The Australian equivalent to the American Emmys is called the Logies –after the Scottish engineer John Logie Baird, one of the major contributors to the invention of television. The Logies are screened annually and they used to be one of the highlights of the Australian television calendar: the token international star was flown in to patronise the local industry, occasionally controversy was generated by a presenter or nominee who would turn up drunk or affected by some other kind of substance, and for many years they were hosted by our equivalent of Johnny Carson – a much loved, quick-witted but occasionally caustic, industry survivor called Bert Newton. There are two categories of competition in the Logies: for the ‘most popular’ (actor, presenter, drama series etc) selected by the television audience who vote by mail, mobile and online; and for ‘the most outstanding’ (actor, drama series etc) selected by a judging panel drawn from the industry itself. The Logies have lumbered along, largely unchanged, for 54 years. As a television event, the Logies are very similar to the Oscars: they regularly run drastically over time (the latest one took almost five hours!); much of the audience who at least watched begrudgingly in the past now doesn’t watch at all (or at least not for long); the ‘red carpet’ pre-show rates higher than the awards and attracts a younger audience; and there is an annual round of sniping and speculation about who is going to be this year’s host.

What is slightly novel about the Logies is the annual award of ‘the Gold Logie’ (all the others are silver) to the ‘most popular TV personality’ of the year. The winner can be drawn from any genre – news, comedy, drama, sport, the full range. Mostly, as you might expect, Gold Logies have gone to performers with a long career behind them: much loved, and often respected, servants of the industry. They have been won by stars of long-running soaps, by hosts of successful chat or variety shows, and by news and current affairs presenters – effectively, those who have earned the affection of the audience over many years of appearing regularly on television. This year, though, certain things have changed.

First, five of the six the nominees for the Gold Logie are relatively young – that is, under forty. Three of them are edgy comedians, with a track record of working on youth-oriented, perhaps even niche, programming. Only one of these three has been involved with a high rating show – and ironically that person has worked only on the publicly funded, non-commercial network, the ABC, which usually comes in fourth (out of five) in the free-to-air network competition. The eventual winner was comedian and occasional mock-doc producer and presenter, Hamish Blake. His success was surprising to say the least (and more on that soon). It was greeted by the mainstream press with some resentment; they reported that he was assisted by the fact that he could mobilise his 290,000 followers on Twitter and his 1.5 million Facebook friends. (To put that number of Facebook friends in perspective, 1.5 million is roughly 7% of the Australian population!) A little disingenuously, given the contemporary newspaper’s desperate exploitation of every media platform it can get its hands on to retain readers and attract subscribers, the press seemed to think that this constituted a form of cheating. 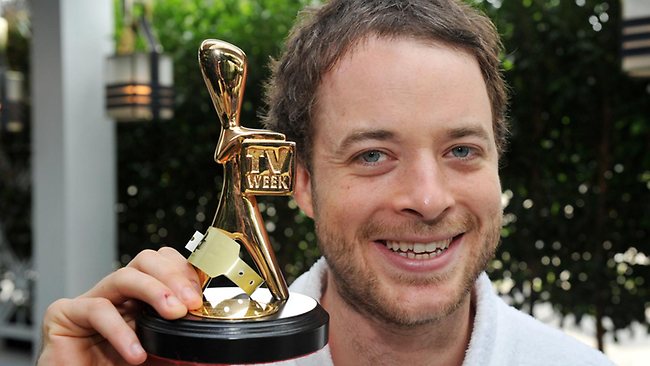 To be fair, the context in which such suggestions might be raised does go back quite a way. We can trace some of its origins to the widespread criticism of the manner in which the Oscars have been reduced to an advertising duel between rival studio marketing agencies. In the Australian context, though, it is probably more relevant to point out that it is widely assumed that the Logies are just plain rigged. They are sponsored by what was for many years the leading broadcasting network and a print media television guide (TV Week) that was published by their sister company. Many observers have, from time to time, suggested that the host network nominees get a bit of an edge in the competition. These complaints and suspicions aside, however, it is hard not to see this result as a new example of the synergies that can be generated between old and new media.

The most interesting thing about this result, however, is not its dependence on a canny use of social media. Rather, it is the fact that Hamish Blake has never had a continuing role in an established television program. (All the other contenders did: one was a star of a daily soap, two were hosts of daily current affairs programs which had run for some years, another hosted a successful music quiz show for seven years as well as a chat show now in its second series, and the sixth was the star of a top-rating drama series now in its third series.) The programming cited in Blake’s award was his mock-doc travel show, co-produced with his partner Andy Lee, called Hamish and Andy’s Gap Year, which ran for 10 episodes to moderate ratings. However, those voting would have encountered him more often as a recurrent guest on a group of youth oriented comedy programs: the game show Talkin’ About Your Generation, the improvisational comedy Thank God, You’re Here, and the music quiz show Spicks n’ Specks . Only one of these has been a big ratings earner, but all of them pitch to a demographic of 14-39 year olds. Hamish and Andy, though, do have a parallel career in radio; they have been hosting a ratings leading daily radio program on a music station for some years – and the ‘gap year’ referred to in the title of the television series is time spent away from their radio program.

What we have then, is a major television star who has built his career on being a guest on other people’s programs, on maintaining a major social network presence, and on hosting a successful time-slot on a youth-oriented radio station. Even the chance to produce Hamish and Andy’s Gap Year was brokered on the back of this pattern of performance. It is probably worth noting just how frequent these television appearances were – there have been weeks when Hamish would have been on all three of his favourite programs as a guest. Obviously it helps that he is extremely quick and funny, and that he is also very cute and boyish. His attraction to a Gen Y demographic, in particular, in a medium increasingly running out of ideas about how to bring that audience back to television, made him irresistible to the mainstream commercial networks as well as to the publicly funded broadcaster.

Australia does not have an especially high level of media platform convergence, although there is a very high level of concentration of media ownership (and these two may well be related). So, this is quite a novel development in that respect. But it is also a novel development for the fact that a form of what we might call ‘indie’ or DIY celebrity has achieved this degree of penetration into the mass media market. There are analogous but smaller scale precedents, of course, in the regular bursts of YouTube celebrities who go viral and turn up featuring briefly on our television news magazines and chat shows. But this is a far more substantial mainstreaming of a celebrity much loved by social media. Hamish Blake has achieved the highest level of recognition available to Australian performers within the mainstream media. The newspapers are probably right, that this could not have happened without the participation of those social networkers, and so a large chunk of the demographic so commonly assumed to have left television behind now seems, once again, to be paying attention.