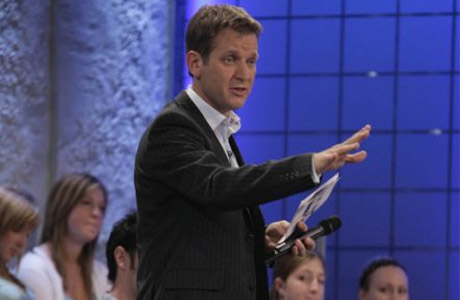 The UK morning talk show The Jeremy Kyle Show is an ongoing national success. The show consists of confessions, DNA tests and lie detectors and is a result of Kyle moving his confessional talk show style from commercial radio to UK television screens. Since the show started in 2005 it has averaged just short of 2 million viewers every weekday morning, becoming one of the most popular daytime shows of the 2000s. Kyle’s show follows in the format of previous UK daytime talk shows such as Vanessa and Tricia, but Kyle has a much more direct approach and aggressive approach he claims is all about being open and honest in order to confront them participants with difficult truths, “I always say exactly what I think and not what people want to hear…It’s very important to get to the truth and sort things out, then move on – we’ve only got one life, it’s not a rehearsal…Ordinary people come on the show – but you usually find that they have extraordinary lives, that’s what fascinates me.” 1

Now Kyle’s show has made the move across the Atlantic to the US – the show retains a similar format with Kyle’s honest, somewhat angry, forthright approach. The show has also realized a relative success and has been renewed for a second season which will be shown across at least 50% of the United States. 2

But what is it that makes Kyle’s show so appealing? For many critics the show is seen as trash television and has been labelled by a British district judge as equivalent to “human bear-baiting” that exposes and exploits a dysfunctional feral underclass within British society. 3 But perhaps we can look to cultural theory to gain a greater understanding of what the show offers to audiences across a number of discursive and pleasurable levels.

In a culturally positive sense it can be claimed that talk shows such as The Jeremy Kyle Show offer a space within the contemporary public sphere for the discussion of issues that are pertinent in society at a particular time. Lunt and Stenner make the argument that talk shows offer the opportunity for people excluded from the media to have their say and express their opinions, lifestyles and social difficulties. 4 In this sense the show offers an outlet for people deemed outside of the middle-class mainstream. These participants are therefore representative of particular aspects of society stereotyped as afflicting the lower class: they are the unemployed, members of the broken home and the drug addict.

But, there is an aspect of The Jeremy Kyle Show which is much more problematic and negative for the public sphere in a discursive and ideological sense. Looking more specifically at the show as a media text, it can be seen that there are clear discourses of authority and class at work:

In the above example we see clear authority represented. Kyle is the middle class man, well dressed, directing the discussion from a standing position. This is presented in opposition to the underclass, which presented as sitting down, being spoken to (or more clearly ‘at’) by Kyle. Our middle class representative is the one in control – of information, of audience interaction and of ultimate judgement about social behavior and action/inaction. Even when a representative of the ‘underclass’ stands up and verbally and physically attacks Kyle he is stopped – not by words, but by Kyle’s ever-present security team. When discursive authority fails the ideological sense of authority is backed up and reiterated by physical action.

In shows such as these there can be no ultimate challenge to the sense that the middle-class authority and judgement should be the one that is dominant. It is Kyle’s voice that sets the standard and he who is applauded for telling the underclass to ‘get a job’, ‘put something on the end of it’ or to ‘man up and be a father’. If there is any challenge to the host he claims that ‘it’s my name on the wall – this is called The Jeremy Kyle Show’ essentially silencing any challenge to dominant ideas about class, morality and this closes down the notion of a full and democratic public sphere within this text. With Kyle, you get what you expect as an audience member – an exploration of social issues but from a judgmental middle class perspective. This perspective must be adopted as a viewer to enjoy the text and this is achieved through sharing Kyle’s cultural position or viewpoint and so internalized ideologies are reiterated. As a participant it must be adopted to join the realms of a normalized, acceptable and naturalized class system.

Kyle is presented as the conduit through which ideological redemption can be found, and this is not only through the medium of television. Recently Kyle even shared a stage with Chancellor George Osbourne at the Conservative Party Conference as he chaired a fringe meeting to discuss ‘Getting Britain Back To Work’. This meeting was sponsored by right-wing tabloid The Sun. 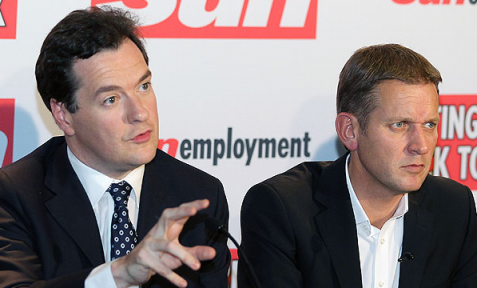 It seems that Kyle has the tools to put the ‘underclass’ back on the right (wing) track and offer them the hegemonic hope of joining the realms of naturalized and settled existence. On the show the work to change the ideological direction of the underclass is often represented through confessions, admittances of guilt and tears and all of this is facilitated by Kyle as middle class ‘expert’ and naturalized voice of authority. He often refers to his ‘aftercare’ team who continue to work with participants to get them into rehab, arrange visits to their children, find jobs and such like. For those who refuse to confess and embrace their sorrow Kyle presents lie detector results to expose infidelities and then ridicules those who have been unfaithful and dishonest. This offers a discursive punishment. This ridicule has even found its way to YouTube with remix videos highlighting some of the key phrases and judgements made by Kyle in a form of cult fan activity which celebrates the discourses of the show outlined above:
[youtube]http://www.youtube.com/watch?v=psNAGm5Wpx0[/youtube]

So, the middle-class position is constructed as settled, moral, organized and worthwhile. This is seen as something of an ambition for the participants – if they don’t see that immediately, they often do by the end of their segment. Although The Jeremy Kyle Show is considered as harmless early morning entertainment, it can be claimed that it encapsulates many of the fears and concerns of UK and Western cultures. This relates clearly to a variety of cultural contexts in the UK at the moment and mirrors a number of positions taken by news coverage of social issues and class problems by right wing newspapers in particular: 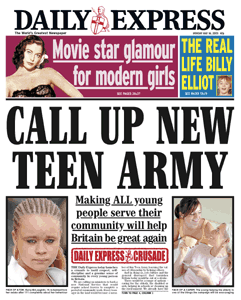 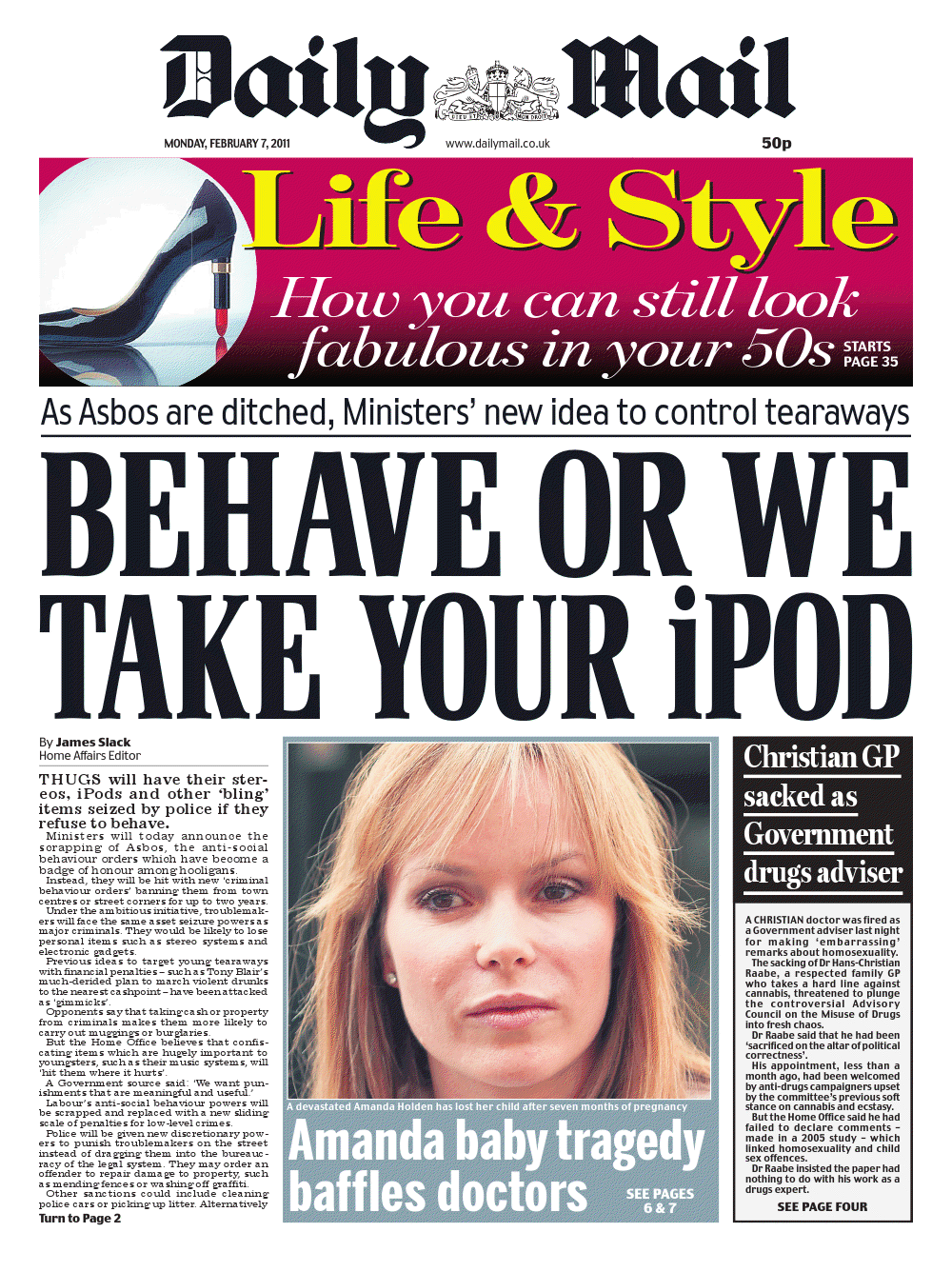 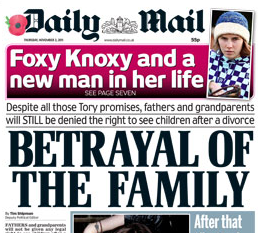 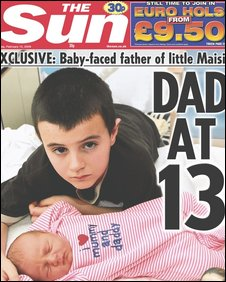 The discursive contexts shown above and via The Jeremy Kyle Show only serve to reiterate the distance between the lower and middle-class discourses of how society should be in an ideological sense. This reflects a cultural anxiety about the difference of a ‘feral’ underclass and their threat to middle-class values and potentially links to deeply held social anxieties about welfare, family, sexual behavior, ambition, capitalism and crime. What we see in such media texts is essentially “…the antithesis of the autonomous, rational subject we are encouraged to be.” 5