How Long Will it Last, and Do You Really Own It?
Wheeler Winston Dixon / The University of Nebraska, Lincoln 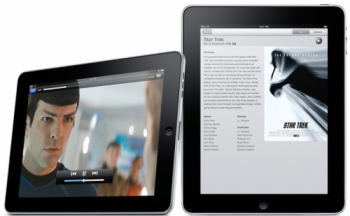 Can anyone ever really own a Spock?

Music, books, movies; they’ve all gone streaming, and it’s past the tipping point of being a fringe market. It’s THE market; it’s easy to access, requires no storage space, you can store your books, movies and music in clouds, and that’s all there is to it. As one proof of this, as of this writing, illegally streaming movies may soon become a felony, and by the time this appears, this may well be an accomplished fact. This also demonstrates, to me at least, that streaming is now the dominant technology, and corporations are taking notice; it’s where the money is. This new law alone should take down about half the videos on YouTube, many of which are complete films downloaded in 10 minute chunks, and which some of the readers of this column have previously suggested as a useful way to view classic films1. But the question for me is this: what do you really own? We’ve already talked about the various quality issues associated with streaming media, but what about an essential component (at least to me) of any purchase; possession of the physical entity itself? Of course, the concept is old fashioned to most; you simply watch movies on your iPad, listen to music on your iPod, and read books on your Kindle or Nook. But what do you really own? 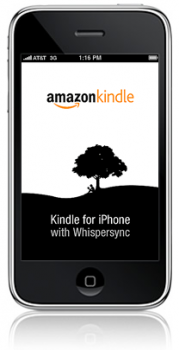 Do we really own the content we buy for our devices?

An early harbinger of this was the now famous, and all too obviously ironic deletion of George Orwell’s novel 1984 , as well as Orwell’s Animal Farm, from Kindles around the United States by Amazon, when the company discovered they had accidentally uploaded an unauthorized version of the novel. As Brad Stone wrote at the time, on July 17, 2009 (light-years ago by today’s standards): “In a move that angered customers and generated waves of online pique, Amazon remotely deleted some digital editions of the books from the Kindle devices of readers who had bought them”2 An Amazon spokesman, Drew Herdener, said in an e-mail message that the books were added to the Kindle store by a company that did not have rights to them, using a self-service function. “When we were notified of this by the rights holder, we removed the illegal copies from our systems and from customers’ devices, and refunded customers,” he said. Amazon effectively acknowledged that the deletions were a bad idea. “We are changing our systems so that in the future we will not remove books from customers’ devices in these circumstances,” Mr. Herdener said.

But although Amazon has promised to make changes, the very fact that they possess such a technology; that they can simply pull books or anything else off your Kindle, or perhaps your computer, at will – truer now that ever if you use cloud storage – is unsettling. When you stream something, you don’t even get to keep a copy of the material; it’s just here, here, here and gone. You can, of course, copy streaming material as it passes through your electronic window, but most people don’t. As David Bowie long, long ago observed in a conversation with Jon Pareles– and gets megapoints for figuring this out before the rest of the industry twigged to it, and started demanding “360 deals,” covering all aspects of their merchandisability, from their performers –

“The absolute transformation of everything that we ever thought about music will take place within 10 years, and nothing is going to be able to stop it. I see absolutely no point in pretending that it’s not going to happen [ . . .] Music itself is going to become like running water or electricity [. . .] You’d better be prepared for doing a lot of touring because that’s really the only unique situation that’s going to be left. It’s terribly exciting. But on the other hand it doesn’t matter if you think it’s exciting or not; it’s what’s going to happen.”3 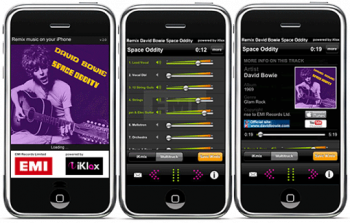 An example of David Bowie’s “Merchandisability?”

Just add movies and books to the mix and there you are; nailed. Whether you like it or not, here it comes. But one of the many problems attendant to streaming are the numerous cases of computers or software crashing when trying to access material, whether text, or video, or audio. If you own it, do you own it? Not if it’s streaming, or in a cloud that someone else controls. As someone who has used various cloud services to back up the contents of my computer, I’ve run into data corruption issues time and again, and have finally settled on hard drive back up right on site, so that I know I can access what I need even if the clouds go down, or the servers collapse. Netflix customers experienced this firsthand when the service crashed on June 19, 2011, denying customers the possibility of streaming content for several hours4.

And there’s also the issue of platforms; how many different sources of images are there, and who will win the war for commercial domination? Even as streaming technology moves into dominate the movie image market, there are those, such as Rocco Pendola, who question whether or not Netflix’s dominion is sustainable. Pendola isn’t an aesthetician; he’s a stock analyst. But his July 19, 2011 article on Netflix raises some interesting questions, starting with a blog post by Pauline Fischer, VP of Content Acquisition at Netflix. The post, dated July 17, 2011, and written in cheery corporatese, notes that:
“You may have noticed that Sony movies through StarzPlay are not currently available to watch instantly. This is the result of a temporary contract issue between Sony and Starz and, while these two valued partners work through their differences, we hope you are enjoying the wide variety of new movies and TV shows added daily. In the next few weeks, look for great movie titles like The Fighter, Skyline and Iron Man 2 as well as the first four seasons of Mad Men, all to watch instantly.”5

As Pendola comments, “Of course, there’s always more to the story. Later on Friday, the Associated Press reported the news, adding the following: A person familiar with the matter said Netflix’s explosive subscriber growth triggered a clause in Sony’s agreement with Starz that resulted in the stoppage. The person was not authorized to speak publicly and requested anonymity. Of course, that’s a pretty vague statement. It’s not easy to figure out exactly why “explosive subscriber growth” would result in Sony pulling its content from the Starz deal. One possibility could involve a Sony initiative that does not get too much attention, at least relative to Netflix, Hulu, YouTube (GOOG), and the various TV Everywhere platforms – Crackle. Crackle offers free-of-charge streaming access to various Sony-owned movies and television shows [ . . .] In Sony’s case, why allow Starz to reap the rewards of picking Netflix’s pockets while the $8-a-month Netflix service continues to dilute your programming to an ever-expanding subscriber base?”

With Disney and Time Warner in the wings planning to open similar operations, this is a good point. And then there’s this final thought to consider; when a film is digitized, it requires constant maintenance, and transfer to new platforms, in order to continue to exist, as demonstrated in a report entitled “The Digital Dilemma,” commissioned and executed by the science and technology council of the Academy of Motion Picture Arts and Sciences. Milton Shefter, a pioneering film archivist, and one of the authors of the report, notes that despite its pristine visual quality, the digital image is inherently unstable, constantly in a state of flux, and that storage of digital imagery is a never-ending process of maintenance and upgrading. As Michael Cieply noted in The New York Times, “To store a digital master record of a movie costs about $12,514 a year, versus the $1,059 it costs to keep a conventional film master. Much worse, to keep the enormous swarm of data produced when a picture is ‘born digital’ – that is, produced using all-electronic processes, rather than relying wholly or partially on film – pushes the cost of preservation to $208,569 a year, vastly higher than the $486 it costs to toss the equivalent camera negatives, audio recordings, on-set photographs and annotated scripts of an all-film production into the cold-storage vault”6

As David Bowie noted nearly a decade ago, there’s no stopping the streaming parade. But the convenience factor aside, it’s easy to see that the rush to streaming creates many new ways to “monetize” back catalogue images, music and books, in a way that perpetuates the consumer’s dependence on the supplier, and makes sure that there will be a constant revenue stream not only to access, but also to store, download, or view the works you have supposedly “purchased.” Once upon a time, about a half century ago, you bought a television, stuck an aerial on the room, and although you had to put up with commercials interrupting your viewing, what you got after that was free. Now, you get the commercials, and you have to pay for the content, on cable, or on the web.

Once, you bought a record or a CD, and you put it on the shelf, and it was yours to keep forever. You bought a DVD, and you could always access it by simply picking it out of your library. Now, you’ll have to pay for everything again and again and again, with no assurance that what you had on file yesterday will be there tomorrow. Further, as Heather Hendershot commented after my first column in Flow, “Some Notes on Streaming,” once a film goes “streaming” on Netflix, they delete that title from their DVD collection; why bother with physical inventory when you have a digital copy? If you think of Netflix, therefore, as a library you can reliably borrow from, you’re in for a shock. As Bowie pointed out, “it doesn’t matter if you think it’s exciting or not; it’s what’s going to happen.” 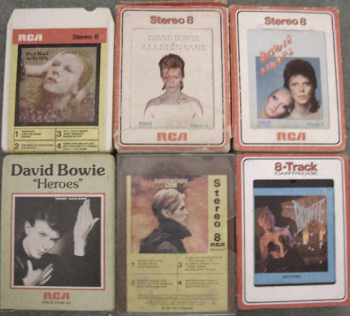 What happens when the Bowie 8-Tracks cease to exist?

Now it’s happened, and while it may be exciting, it’s also expensive, transient, and takes the consumer into a new and interesting place; you don’t own what you buy, and you have to pay to store it, and also to connect to it. And it will cost more, and have more commercials, everyday.

What will happen next? Stay tuned.

1. Can anyone really own Spock?
2. Do we really own the content we buy for our devices?
3. An example of David Bowie’s “Merchandisability?”
4. What happens when the Bowie 8-Tracks cease to exist?