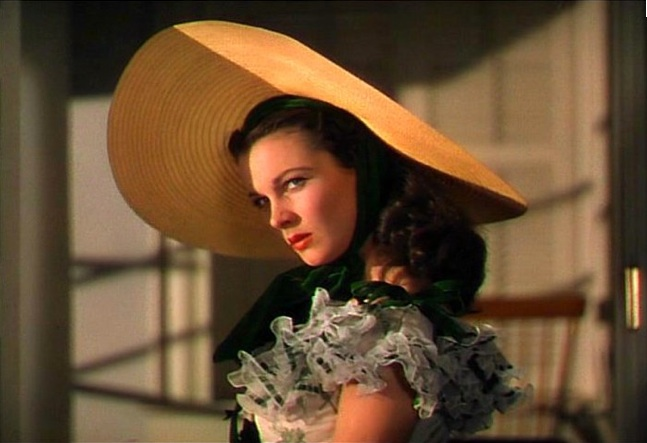 On the morning of September 11, 2001, I was in my apartment in New York, reading a paperback copy of Gone With the Wind. After the events that transpired in the city that day, I remember thinking how bizarre it was that I was reading this hallowed, revered bit of Americana on that particular morning. In Gone With the Wind’s Civil War South, Scarlett O’Hara’s cunning and self-interest made her a plucky survivor. Her beloved Tara burned to the ground and her affluent social circle lost everything, but Scarlett—armed with little more than her feminine wiles and ferocious will—endured. One who draws upon nerve and self-centeredness in the face of adversity is a tale as old as time. But it’s also somehow thoroughly American. People respond to it as narrative, and it’s a feel-good story that is easily spun into a “pick yourself up by the bootstraps” politics. Scarlett would have responded to 9-11 with her trademark self-interestedness and cutthroat industriousness. She probably would have opened a chic café in downtown New York and made a killing.

Nearly ten years later, the kinds of stories valorized in American politics—rock-hard independence, self-seeking industry—are as reminiscent of Scarlett O’Hara in Gone With the Wind as they’ve ever been. While political rhetoric has long tended toward a decidedly conservative romance with Americana, the events of September 11, 2001 invigorated these sentiments in a fiercely independent/Scarlett O’Hara way. It is no accident that conservatism dressed in the terminology of American historical defiance has recently so captured the political stage. The “Tea Party” draws on cultural tropes that make for attractive television: conceit, insolence, melodrama. Such tropes provide succor in historical moments like the one after 9/11—and they continue to console people in the present. Anxieties related to growing class disparities, a crumbling manufacturing sector, vitriolic cultural debate, and accelerated globalization are soothed with invocations of a triumphant American will, apple pie, porch swings, and town square parades. Americana is tremendously comforting when the whole world feels as if it’s going to pot. Conservative political rhetoric isn’t univocal, but when communicated via carefully packaged content and recycled for a multiplatform media environment, the tropes of Americana can be stunningly effective in consolidating certain points of view around issues of politics, culture, and economy. 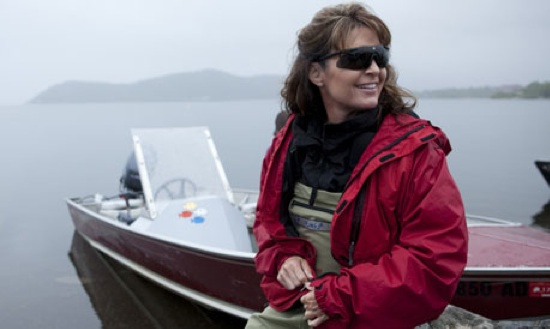 For these reasons, Sarah Palin’s Alaska demonstrates current conservative political rhetoric with astounding clarity. An 8-episode reality program that packages a wistful vision of the prominent Republican’s family life, Sarah Palin’s Alaska demonstrates well-established ideas associated with traditional Americanness: family, industry, pride. In one episode, the family guts fish together. Via voiceover, Palin talks about the history of Alaskan fishing commerce and cheerfully talks about the industry passing from generation to generation. Another episode animates a thoroughly camera-ready verbal tussle between Palin father and Palin son over the family fishing business. Naturally, there’s no talk of commercialized fishing or the cost-prohibitive nature of entering that business in the first place. Production values are high throughout the series; scenes of familial interactions are cut with crystalline, soaring shots of Alaska’s shorelines and mountain ranges. That the family travels by coach bus and takes private planes to go hiking and snowshoeing aren’t mentioned. Instead, the program pours on the “we’re just a regular American family” schmaltz with gusto. If at all possible, Sarah Palin’s Alaska is cornier than Gone With the Wind. Palin jokes about her public gaffes repeatedly; the “I can see Russia from here” lines abound. 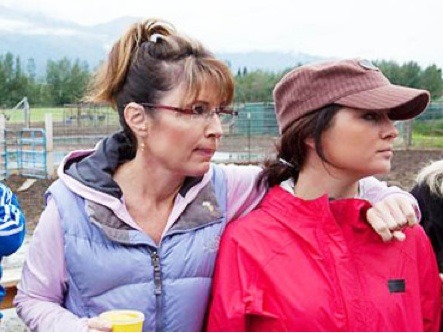 While thoroughly choreographed and finger-in-dimple saccharine, Sarah Palin’s Alaska has terrific moments of rupture. Palin’s sixteen-year-old daughter Willow is a deliciously bitchy presence on the program who repeatedly lifts the curtain on the whole charade. In the episode where the family processes salmon, Willow acknowledges—via angry, sarcastic, teenaged deadpan—that they’ve never actually gutted a catch before. In another, she complains that she wants a truck for her birthday. She complains that her parents never buy her what she wants. These (wonderful, hilarious) moments notwithstanding, Sarah Palin’s Alaska endeavors to cement a set of meanings about what America is. The program’s stance on contemporary politics offers an individualist economic ethos and a nostalgic focus on the nuclear family, as well as a traditional take on gender roles. Sarah Palin’s Alaska circulates Tea Party-worthy notions of how Americans should be, what kinds of government support the Palin’s brand of “good life,” and what sorts of collectivity are best suited to generate strength, wealth, and good feeling. Or, rather, the program values above all else the “strength,” “wealth,” and “good feeling” that might follow from familial attachments in a thoroughly deregulated political context. Never mind that the kinds of family-owned businesses romanticized by the program are nearly unsustainable in consumer capitalism. Never mind that Palin takes a pre-modern stance on birth control—Who cares if you have lots of kids? Put them to work!—that’s as outdated and impractical as the scythe or the cotton gin. Even Scarlett O’Hara knew the cultural and socioeconomic realities of the U.S. were headed in a different direction. 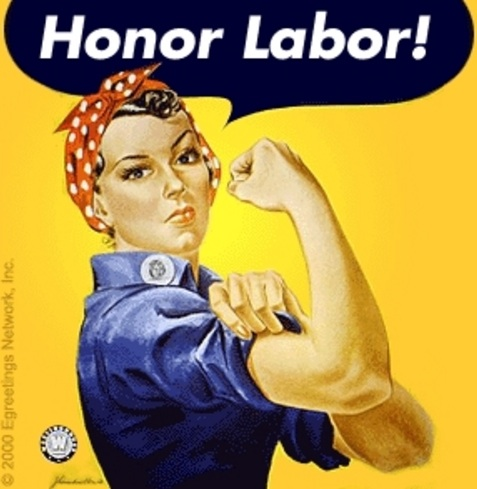 Yet the true heartbreak of Sarah Palin’s Alaska is how effective it is as a narrative, and how warmly and fervently people respond to Americana during times of duress. The Tea Party feels zeitgeisty for a reason. In taking Sarah Palin’s Alaska as a distillation of a Tea Party vision of the United States, there’s a lesson for the Left. As Republican governors attempt to break up unions for the sake of splintering a traditionally Democratic voter base, the Left would do well to imagine a narrative that offers a vision of strength, collectivity, and Americanness that is rooted in worker’s rights. I don’t know what that would look like, exactly, but American history is rife with examples of unions lobbying against corporate interests and acting as checks against government power. Current political debate is too rich with tales of lazy workers and bloated unions. When schoolteachers, sanitation workers, and other public sector employees are offered up as the scapegoats of capitalist excess—and, en masse, Americans seem to buy it—I can’t help but think that the Left is failing to participate in political debate in a way that energizes people, much less foments change. As the corporatization of government and the privatization of public life in the United States continue at breakneck speed, it seems that the ideas propagated by the Left aren’t meeting the needs, or stirring the passions, of all that many American people. 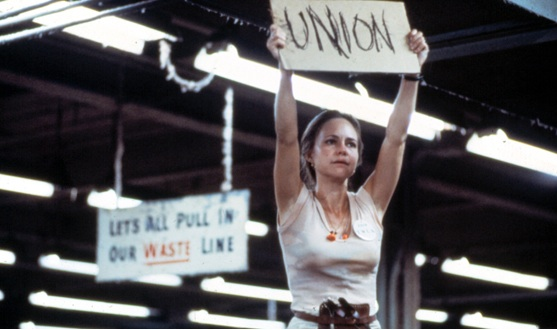 I’m Staying Right Where I Am!

How is it that ten years after the events that transpired at the World Trade Center and the Pentagon, it’s so rarely pointed out that public sector workers were called in to save lives and many ended up giving their own? How is it that Scarlett O’Hara, Sarah Palin, and “going it alone” are quintessentially American but unions and collective bargaining are the antithesis of freedom and democracy? Insofar as narratives offer a way to think about economic struggle and political collectivity, I hold out hope that there emerges a story in which shifting, fluid collectives of workers are painted as a necessary, vital force in American politics. Give me Sally Field in Norma Rae (1979)—a tough chick with a hand-written “Union!” placard. Give me Norma Rae screaming and clawing as management has her dragged off the factory floor. Calls for individualism can easily be co-opted and subverted into a shortsighted, fetishized, overly Scarlett-O’Hara-like romance with the spoils of capitalism. Sarah Palin’s vision of capitalism is even more untenable. But making her the boogeyman—now a favorite pastime among good Lefties—fails to account for, much less learn from the persuasive yarns she can spin.