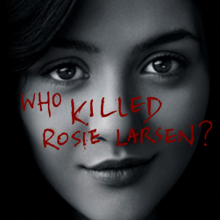 Marketing materials that espoused the central question of the series.

A few weeks ago, AMC aired the season finale of its latest original series The Killing to something less than universal acclaim. An adaptation of a Danish series (Forbrydelsen), The Killing participates in genres deeply entrenched in television: the crime drama and the police procedural. However, the show diverges from convention in its investigation of a single murder case extending over a whole season—and beyond, apparently. For the finale did not reveal that one piece of information that invested viewers (presumably) expect and demand: Who killed Rosie Larsen?

In the days following the finale, various media critics expressed their “disappointment,” “disgust,” and even hatred—some with “the burning intensity of a thousand white-hot suns.” In his blog post, Jason Mittell is far more equable but nevertheless agrees that The Killing failed to deliver on its promise as a contemporary serialized narrative.

These sentiments hyperbolize a motif predominant in criticism of The Killing even before the finale. To paraphrase a number of sources: The Killing started off strong but lost its way; apparently uncertain of how to plot a proper police procedural, the producers resorted to a series of false starts and red herrings, relying upon improbable plot turns, before stumbling to a disastrous finish. There were even implications that AMC should remove—or encourage the resignation of—showrunner Veena Sud.

We (Kristen and Lisa) do not share that consensus; in fact, we find ourselves perplexed by the general critical opinion of The Killing. It is not that we don’t have any investment in learning “whodunit,” just that we were content to explore the emotional and psychological complexities of the people struggling in the wake of Rosie’s murder, including lead detective Sara Linden and her new partner. Far from being bored, we were engrossed, even deeply moved by the “red herring” dealing with the misidentification of a young Somali teacher Bennett Ahmed as a key suspect. This was a plot arc of several episodes, exploring the ugly but very ordinary racism of nearly every one of the protagonists. 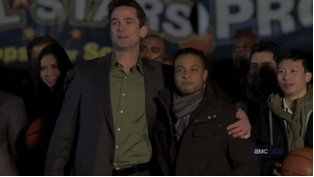 One of The Killing’s most arresting storylines involved the relationship between a Muslim schoolteacher and a mayoral candidate.

In our own informal criticism of the show (conveyed primarily by chat), we shared our puzzlement at the expectation of certain critics and audiences who believed that The Killing should behave like a conventional police procedural or mystery story, with tightly crafted plot moments based around what is considered “action.” To the contrary, we found pleasure in the ways The Killing allowed its melodramatic emotion – not to mention the camerawork – to linger beyond the boundaries of its official generic conventions and connect itself to another genre that is closely associated with television: the daytime soap opera. We wonder how anyone could miss the soapiness of Sud’s series. Consider the following, frustrated beat-by-beat description of a scene from the finale that points obviously and yet obliviously to The Killing’s true generic identity:

In the dark, she [Linden] and the councilman [Richmond] — flashing his absolute best, rock-gargling Batman voice to date — deliver one of those “important” sorts of dramatic exchanges that no doubt sound better on someone’s Final Draft document at one in the morning than they do in the mouths of actors. Linden accuses Richmond of being Orpheus — but then admits not knowing who Orpheus is. (Good policing No. 1!) Richmond, rather than saying literally anything that could diffuse the tension in the room or remove the presumption of guilt, whispers a very Basil Exposition–y rundown of the famous Greek myth.1

Sure, this critic was absolutely spot-on in pointing out how illogical and perhaps occasionally absurd many of the narrative turns and dialogue were in the episode. But this immediately calls to mind the soap opera, a genre whose storylines and dialogue indeed tend to the illogical and the absurd. 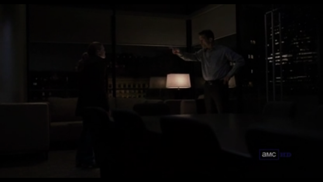 Linden and Richmond’s confrontation where nothing is learned or admitted.

Framing The Killing according to the notion of a feminine narrative form, we suggest, is a necessary intervention. Tania Modleski’s seminal piece on the soap opera foregrounds the vexing manner by which the central questions emerge within a soap — questions of paternity, questions of “whodunit” quite similar to The Killing’s “Who killed Rosie Larsen?” — and then demonstrates how the operative logic of the genre is ultimately one of deferred resolution and extended waiting for the viewer.2 What’s more, when the question is resolved it only generates more questions, making the viewer almost wish the damned question was not answered in the first place.

It is our contention that Sud’s series functions with a similar serialization strategy that withholds narrative closure: the focus on the pathos of the characters more than on the logic of policework; the emphasis on Seattle’s never-ending rainy season (tears anyone?) rather than on naturalistic settings; the insistence on sudden histrionic verbal exchanges between characters where no new information is provided rather than on perfunctory dialogue used to advance the narrative.

It rains a lot on the show. A lot.

All of these choices are found in the daytime soap — which ultimately speaks to the strategy of viewing The Killing through a feminine lens. Because of the ways that The Killing structured itself in a soapsy style, ending most episodes with cliffhangers and misdirection, we (Kristen and Lisa) felt quite comfortable just letting the show and its showrunner take us where they wanted because, again, for us the show was not just about solving the murder mystery but about watching Sud roam with her storyline. As she says, “it is about the journey; not the destination.”3

While we were considering The Killing’s generic identity, it occurred to us that the pleasures we have received from the show are also very similar to the pleasures of consuming fanfiction. Can it be a coincidence that fanfiction is largely a women’s genre or that, as with many women’s genres, fanfiction is melodramatic to excess? Fanfiction concerns itself with the places in between “plot,” with issues having to do with relationships and emotions. Anyone who has ever read fanfiction knows that these are stories tending to turn not on physical, external action but on internal, emotional events. In other words, fanfiction closely resembles the “(in)action” of The Killing. This is a show that dwells on the personal, social and communal aftermath of a murder, not necessarily in realist terms but in ways that are meant to explore emotional truths.

Our final point concerns the position of a female showrunner producing a series in an ostensible genre that is predominantly male-driven in terms of both narrative and production. As mentioned earlier, there was a reviewer whose barely masked contempt for Sud as showrunner and head writer exploded to such a point that he seemed surprised that AMC was keeping the creative team (Sud included) intact. 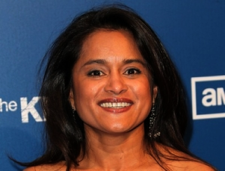 Sud’s claim that she is producing “a different kind of show” is definitely a point of contention and frustration for critics and audiences alike. However, what is of highest importance is that however she self-fashions her identity as showrunner, be it willful and stubborn disregard for industrial realism or a performance of bravado she does not inherently possess, Sud deserves to be engaged on her own terms and not with a diminishment of her power or authority or competence as showrunner based on viewer expectations. Put simply, “hating on” Sud because she chooses to employ several narrative strategies—namely those that can be read through a feminine paradigm of emotion rather than the more masculine storytelling strategies we have all become more accustomed to—smacks of sexism and something less than thoughtful criticism. This remains true regardless of the gender of the person performing the criticism.

Image Credits:
1. Who Killed Rosie Larsen?
2. Relationship between Muslim schoolteacher and mayoral candidate.
3. The Killing, Author screen capture.
4. It rains a lot on The Killing …
5. a lot.
6. Veena Sud