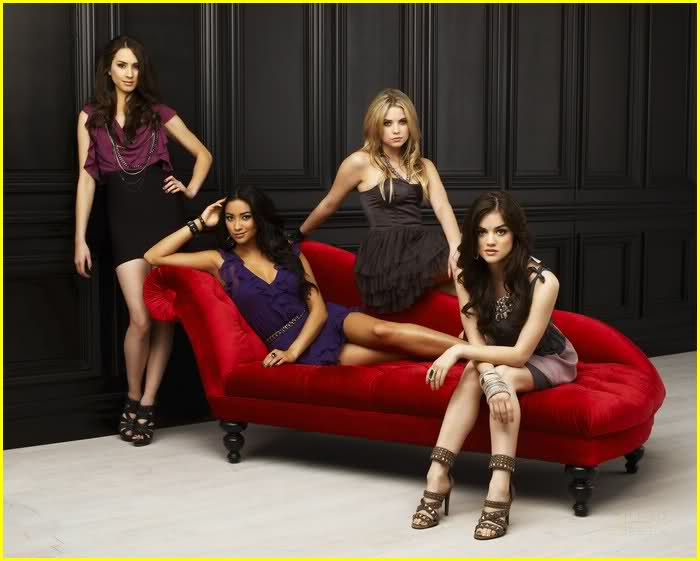 Pretty Little Liars is a murder mystery currently airing on ABC Family. A mystery set in a town like many other tele-visually imagined small towns filled with large homes, good schools and the requisite “woodsy” area conveniently available for soul searching, romantic rendezvous and the occasional cover-up. While the plot revolves around the suspicious circumstances of a missing girl, the mystery is nested within instances of behavior like sleeping with one’s English teacher, shoplifting, fire bombing a neighbors home and sexually aggressive overtures undertaken as performance to prove one’s heterosexuality. Teen drama on television is not new nor unwelcome. I relished the chance to watch “after school specials” as a kid. They were my introduction to issues of race and class. They were a window onto child abuse and teen pregnancy. They took instances of what we would call deviance and placed them in context. Pretty Little Liars doesn’t do this. This bad behavior is not presented as extraordinary, but in fact is simply the window dressing meant to establish the main characters, a quartet of sixteen year old girls, as they go about trying to solve the mysterious identity of “A”, their tormentor by text and deed. Pretty Little Liars is also one of the most watched shows on ABC Family with season two debuting on June 14th.

Aria Discussing Her Relationship with Her Teacher

The series begins with an act of theft by Hanna. In what has become standard operating procedure for affluent, blonde, suburban girl characters, she steals a pair of high priced sunglasses. Her subsequent arrest is deftly managed by her mother. She sleeps with the arresting officer. Our introduction to Aria is a chance meeting at a bar (her presence at the bar is puzzling given her young age but we can bracket that detail). She meets a dashing young man and they swiftly move from chatting to having sex in the restroom. This man turns out to be Mr. Fitz, the new English teacher. Aria discovers this on the first day of school. The discovery does nothing to quell the passion between the two as the relationship continues throughout the first season. Scenes of seduction between teacher and student play out in ways not consistent with Humbert Hubert’s “nymphette” Lolita, but instead the pop cultural evolution of Nabokov’s character. The student insists, cajoles and demands the relationship continue while the teacher caves each time to her demands, unable to summon the apposite response which, for most, would be to end the relationship. While the blogosphere and discussion boards question the relationship with respect to the age difference and whether it is “icky” or “hot”, the larger, more pertinent issue of unequal power dynamics between student and teacher as well as the profound failure of Mr. Fitz to adhere to a duty of care is overlooked. 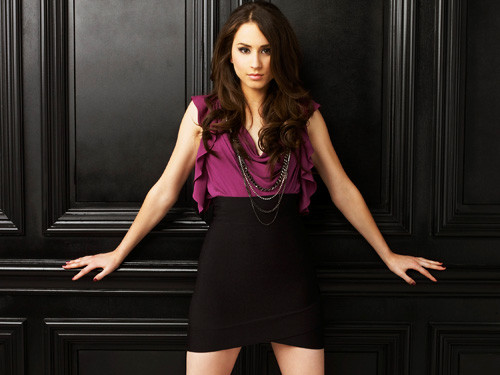 Emily and Spencer round out the quartet. Spencer, a painfully thin, athletic and academic overachiever seems unable to set physical or emotional boundaries where her sister’s fiancés are concerned. However, her character overall seems to be a voice of reason to the group. Emily is presented as an emotionally unstable neurotic who resorts to teasing sexual aggression aimed at her boyfriend in an effort to prove her heterosexuality to herself more than anyone else. Throughout the season she resolves to concede if not embrace her sexual identity as lesbian and come out to her parents. Her father accepts her. Her mother patently rejects her. It is worth mentioning that the question of Emily’s sexuality is the one issue, in the show, that is handled with some modicum of respect and sensitivity. Somewhat. While working through her own issues, Emily befriends the quiet and peculiar Toby who is recovering from an incestuous and abusive relationship with his step-sister Jenna. A relationship Jenna makes clear she will not allow to end.

Discussion of Fashion on the Show

Pretty Little Liars presents a world teeming with desire and intrigue, and they look good doing it. Entertainment Weekly has recently lauded the cast as “The Best Dressed.” The mystery and excitement work as a delivery system for cosmetics, clothing, handbags and even E-bay. The high production values, soft focus and color correction keep the characters awash in a seductive glow, while the cliffhanger endings keep the viewer wondering. The more outrageous the behavior the more likely the number of viewers will rise. But, while initially the histrionic displays draw the viewer in, the abundance of bad behavior across the story landscape begins to redefine the extraordinary into merely ordinary. How questionable is “bi-curious” exploration lubricated by a few puffs of weed compared to making out with your sister’s betrothed? How bad is stealing sunglasses compared to setting a neighbor’s house ablaze? How bad is having sex with your teacher compared to killing someone? 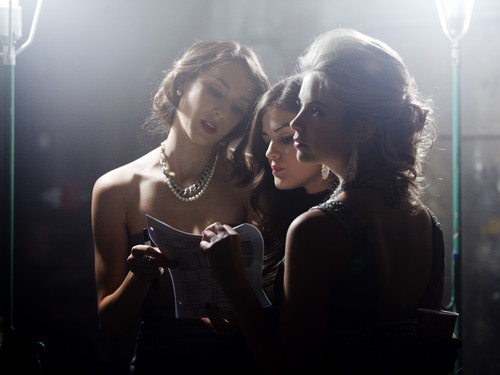 In Media literacy, the reflection hypothesis asserts televisual representations of women are, in large part, a reflection of current societal values but I find this theory unable to reconcile the extreme level of exaggeration present in Pretty Little Liars. Instead, I find the show to be part and parcel of a growing trend to hypersexualize and commodify young bodies in an effort to entice young viewers, captivated, titillated and perhaps stupefied by the spectacle, to expend large amounts of their growing purchasing power. This becomes problematic when considering media as pedagogic. In the show pathology becomes universalized, normalized, acceptable if not through explicit cheerleading then implicitly through the heavy silence begging to be filled with cogent discussion on incest, theft, power, gender and rape. There is a wonderful, albeit disturbing, teaching moment during the final two episodes that primes us for discussion on young men being coerced into sex by young women through manipulation. The opportunity is wasted.

In an age where the number of viewers translates into ratings which then impacts advertising revenue (commercial as well as product placement) pedagogical considerations are pushed aside. I assert, to our detriment. In what could be considered a clarion call Giroux12 (2009) insists: “ American youth are commercially carpet-bombed through a never-endingproliferation of market strategies that colonize their consciousness and daily lives. Multibillion-dollar corporations… now become the primary educational and cultural force in shaping, if not hijacking, how young people define their interests, values and relations to others..” (p.2). The characters of Pretty Little Liars live in bedrooms that look like the Pottery Barn catalog. They own sleek laptops with custom skins and meet to chat in an ultra modern cafe. Do we ask too much of the children we call “teens” to be repulsed by the pathological while knowing they will be attracted to the visual, aural and emotional? Through the production and dissemination of this decontextualized pathology we run the risk of redefining socially appropriate behavior. We pervert the process by which young people develop the skills to imaginatively address problems they will inevitably encounter in their social worlds.

“Childhood ideals increasingly give way to a market-driven politics in which young people are prepared for a life of objectification while simultaneously drained of any viable sense of moral and political agency.” (p.3) Young bodies are being “expropriated and colonized” for profit leaving no room for a nuanced exploration of the behavior on display. (Giroux, 2009) If television is Virilio’s Museum of Accidents then Pretty Little Liars is the revelation of a future fraught with a species of moral decay made all the more insidious by its invisibility. It is the subtext and the background. Secondary and unimportant.

Now. To be fair. The real issue could very well be I am getting old. At 37 I’m quickly approaching “ancient.” Perhaps my reading of the show is too rigid. In the meantime, stay tuned for The Lying Game by Sarah Shepard (author of Pretty Little Liars). If the tagline is any indication, “Pretty girls don’t follow the rules, they make them,” it should be a real treat.