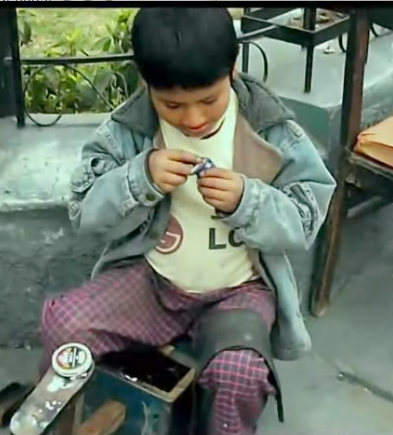 Amateur and small-scale professional films have proliferated on sites like YouTube and Vimeo, allowing for an expansion of voices and perspectives through centralized online services. As a result of this shift, media corporations have begun to engage producers and audiences as sources for inexpensive crowdsourced material. The first major United States motion picture to engage crowdsourced labor for production is the film Life in a Day, a film sponsored by LG and YouTube (a subsidiary of Google, Inc.) and spearheaded by executive producer Ridley Scott (Blade Runner, Gladiator) through his production company, Scott Free. The production, a global “day in the life” video experiment, leverages the YouTube platform and its worldwide network of media producers. This distribution of labor to inexpensive, unpaid videographers contributes to a new mode of filmmaking and introduces questions of how the film industry will bring crowdsourced labor into the traditional production model. Will the legacy of this experiment be a celebration of a monumental global achievement or a sad memory of crowdsourced labor exploitation by Hollywood heavyweights and social media giants?

Life in a Day was released for one day on YouTube and will be released worldwide on July 24, 2011. The film itself, frankly, is beautifully crafted, tightly edited and surprisingly touching. Macdonald and his team of editors, led by acclaimed film editor Joe Walker, scoured through the footage to cobble together a film running just shy of 95 minutes. Despite relying almost exclusively on amateur footage, the experienced team of filmmakers managed to assemble a tale of humanity depicted at the heights of its beauty and at the depths of its ugliness.


Preview: Life in a Day

The positivistic notion of online creative collaboration and the “wisdom of the crowd” tends to obscure, minimize or ignore the question of labor practices and power. Jeff Howe, the Wired contributor noted for coining the term “crowdsourcing”, defines the practice as an effort to bring together dispersed collaborators on a problem, typically a creative problem encountered by corporations or organizations. Daren Brabham challenges this notion by exposing the myth of crowdsourcing by citing examples of poorly- and well-executed crowdsourcing projects and professional works masquerading as amateur productions. Often, an “undefined, large group” of laborers fades into the background as the easily observable benefits of the crowdsourcing model move to the forefront: more voices, more ideas, and a questionable notion of “democratic” media.

Robert Gehl, in “YouTube as Archive,” argues that power on YouTube is concentrated not with the common individual contributor but with powerful companies positioned to exploit individual labor in the mass marketplace. Contributors to Life in a Day agreed to YouTube’s terms of service to upload their footage and willfully exchanged their rights to their work for their shot at being included in the film.

Contrary to the apprehension of the filmmakers, contributors jumped at the opportunity to find their footage associated with this unprecedented social media experiment. The director, Academy Award winner Kevin Macdonald (One Day in September, The Last King of Scotland) announced the project on July 6, 2010, asking videographers worldwide to capture footage from their daily lives on the date of 24 July 2010 (cleverly 24-7).


Macdonald calls out to the crowd

The YouTube community overwhelmingly responded to the call for videos. Submissions came from nearly every country in the world. To ensure adequate representation across both developed and developing nations, the production team commissioned video cameras for distribution where the technology might not be readily available or affordable. When the call for submissions closed on July 31, 2010, the legion of volunteer YouTube videographers had submitted an astonishing 4500 hours of footage in 80,000 clips from 140 nations to the Life in a Day YouTube channel. The complete, edited film features more than 1,000 clips from YouTube contributors. 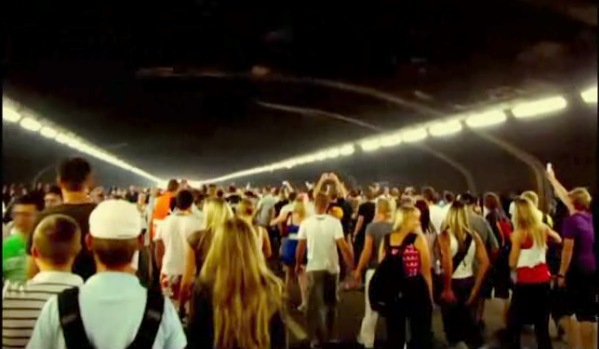 An unsuspecting crowd prior to a tragic end

How were the videographers compensated for their contributions? Each submitter whose clip appeared in the film received a “co-director” credit in the final release. That’s it. Importantly, YouTube’s Terms of Service indicate that all video content uploaded to YouTube remains owned by the uploading site member. The Life in a Day project tacked on an additional Terms of Service for any clip selected for inclusion in the film’s release. The combined Terms of Service establish full force of legal protections, absolving YouTube and the Life in a Day project from any requirements to compensate videographers.1

The Life in a Day project imposed heavy restrictions on the content based on whether the clip contributed to the final film print. For each selected clip, Life in a Day Films requested release forms requiring the signature of every person appearing in a selected video. The contributor also signed releases concerning the use of the video in the film and related activities such as marketing, promotions, and absolution of liability. 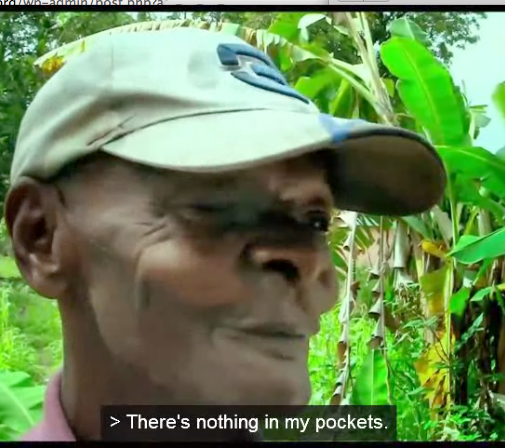 The Life in a Day project seemed destined to receive critical and popular praise due to the breadth of its undertaking and the quality of the film. This successful and astounding crowdsourcing experiment undoubtedly will be recognized for its contribution to the film industry as a reflection of a new era of production and as a masterfully directed and edited narrative. My purpose here is simply to introduce the question of whether the videographers contributing to Life in a Day received sufficient compensation for their contributions to a major film release or fell victim to exploitative practices.

In a fair exchange of compensation for services provided and resources used, does Hollywood really expect free labor to be happy merely with seeing their name in lights? July 24, 2011, will be payday for the filmmakers. For the sources comprising the undefined “crowd”, it will be just another day in the life.

Special thanks to R. Colin Tait for his thoughtful notes on this piece.

Image Credits:
All images captured by the author.