“The Happiest Day of the Year:” A Reparative (I Hope) Approach to Record Store Day
Norma Coates / University of Western Ontario 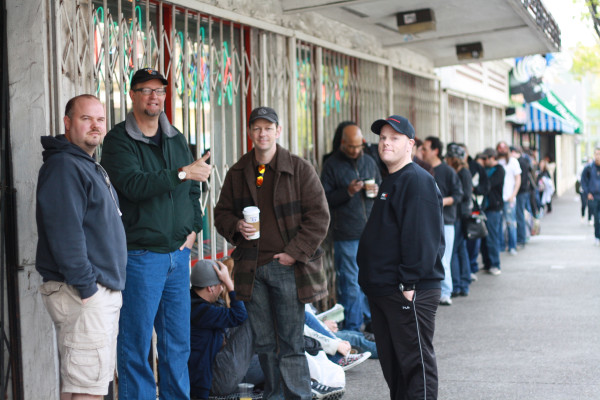 Several of my graduate students, in separate meetings, have shared their recent inspiration from the late Eve Kosofsky Sedgwick’s work on affect, especially as compiled in her book Touching Feeling.1 After the third student talked about it, I figured that I’d better read it. I was instantly plunged back into that wonderful feeling, or more appropriately affect, of discovering something compelling and useful, that could change the ways in which I think about certain things, or at least complicate my approaches. Hence this post about Record Store Day is going to be a bit different than my first drafts. I must proceed with the caveat that although my reading of Sedgwick’s theory of affect is still shallow and my approach necessarily speculative, I’m going to jump into it and use it anyway, in the hope of jumpstarting more careful thought and theorizing for later projects.

On April 16, this year’s Record Store Day, I proclaimed it to my family as “the Happiest Day of the Year.” My reading of Record Store Day was at the same time, in Sedgwick’s terminology, paranoid and reparative. Implicit in my paranoid stance, and in the first draft of this post, was my deep suspicion of and sadness about its commercial and consumerist co-optation. What began as a celebration of the continuing economic health and vibrancy of some independent record stores four years ago now has a glossy web site and sponsorship by major labels and industry players.2 Special “one-day-only” releases, usually on vinyl, sell for somewhat exorbitant prices and end up, unsealed and resold for even more exorbitant prices on Ebay the next day.3 This in turn feeds the “baseball card” collector mentality that in turn perpetuates gendered discourses and practices of inclusion and exclusion, as well as the vinyl fetishism that separates the “real” music fan from the poseur. I could go on and on with this paranoid reading, one laden with negative affect that critical theorists use to ward off any surprises and to comfort ourselves with the knowledge that the sources of our cultural oppression can be exposed. Sedgwick asks us to think about what such knowledge or exposure does for us. Perhaps it justifies a cynical and critical fatalism that ultimately goes nowhere.4 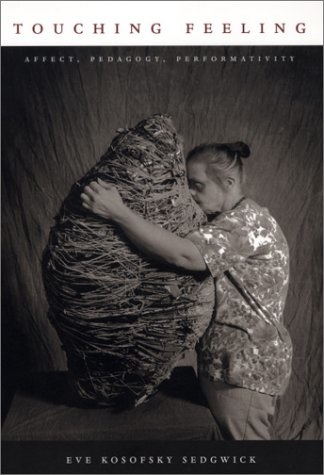 The path that Sedgwick offers out of this conundrum is reparative reading, one open to surprises rather than to sureties. Record Store Day is, for me, a happy day. I even anticipate it. It celebrates several things that I love: music, community, independent cultural production and businesses, browsing racks of records and CDs, talking about music, hearing live music, and more. Despite the presence of corporate logos on the slick website, Record Store Day does manage to retain an element of, in the immortal words of Jack Black in School of Rock, “sticking it to the man.” That is, Tower Records and Virgin Megastores are gone, but a few local record stores are still thriving. That there are “few” is indeed problematic, as they are perhaps the last left standing after a ferocious cull over the past decade, with an uncertain future despite their alleged economic health.

A reparative reading, according to Sedgwick lacks the tight control of a paranoid reading, in which we fatalistically intuit or even call into being what we expect to find or expose. Record Store Day makes me, and I assume the others who were responsible for a 30-minute long check-out line at 10:30 am, feel good, even if we “shouldn’t.” For example, record stores and record collecting are assumed by scholars and laypeople to be space dominated by males, often but not always young ones. What to make, then, of the more than a handful of older women in the store? Or the general sense of camaraderie and celebration that seemed to transcend age and gender, at least? (Race and class weren’t as well-represented in my local record store.) What brought the biggest smile to my face was a woman, perhaps in her late twenties, whose arms were over-flowing with records and CDs. My initial, paranoid reading saw her as both an aberration or a updated version of one of Adorno’s “rhythmic obedients,” blithely purchasing the tools of her own oppression.5 Or perhaps she was generally caught up in the celebration and needing to catch up on purchases. Maybe, like myself, she was genuinely caught up in the tactile and aural pleasures of music, especially that available in tangible form. I, too, succumbed to the lure of special editions, one-day only availability, and contests that tested my knowledge of rock trivia. 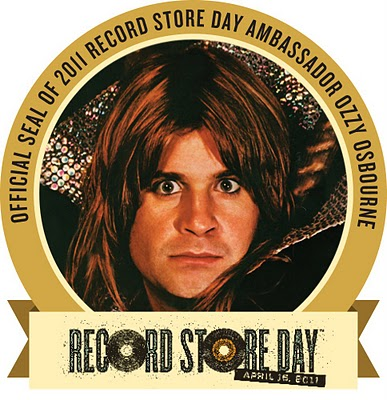 While in the middle of it Record Store Day tapped into what are for me dense layers of affective pleasure made available by listening to and otherwise interacting with recorded music. The hunt is itself enjoyable. Ripping the plastic off a CD provides the joyful and familiar sound of anticipation. The smell of vinyl, the crackle of the needle in the groove, even the preparatory cleaning of a record before playing all provide pleasurable feelings of positive affect. All of these things fit neatly into my original paranoid reading of Record Store Day. Special editions that are only available on record store day feed into two consumer economies: that of the major labels who produce some of these instant rarities, and those who buy them to take advantage of collectors on Ebay later. Plus, these affective “pleasures” could all be reduced to fetishism, or to false consciousness, but my reading of Sedgwick causes me to argue that they don’t have to be either of these things (or other negative things). Through a reparative lens, these feelings, the affect, generated by Record Store Day, could lead to different questions and answers that linger alongside and are equally valid as the set we already ask and the conclusions that we draw from them.

The paranoid critic in me wonders, though, if reparative approaches of media texts are nothing more than the return of 1980s and 1990s ideas about producerly consumption, theories roundly, if sometimes unfairly criticized for a lack of political efficacy. Moreover, affect theory can also return to a possibly problematic return to some notion of something innate, in this case affect or more simply, feeling. I do wonder, though, with Sedgwick, whether our existing critical tools may lead to the triumph of the paranoid reading and of negative affect. That is, our only way to deal with the present condition is tantamount to capitulation. Reparative readings enable us to place our pleasure alongside the negative aspects; that is, they may be capable of thinking beyond binaries, originations, and desires to unveil things that we already know are there. What does alongside mean? Is theorizing the alongside just another way of submitting to an increasingly depressing status quo? For now, I’ll just submit that Record Store Day is “the happiest day of the year,” (you can do what you want with the scare quotes) and that happiness and other positive affects are latent with political possibility, even if we are still figuring out how to access that potential.