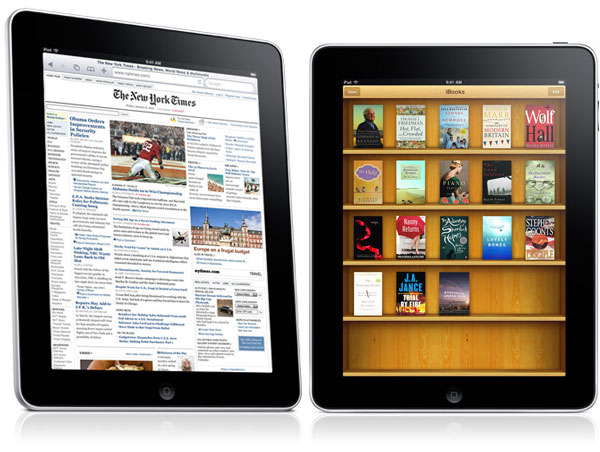 E-readers, especially the iPad, rely on users’ familiarity with a variety of media platforms and procedures: those of print media, especially the newspaper and book; television, especially as accompanied by the remote control and a DVR (digital video recorder); the computer, especially as used for getting information and shopping; and perhaps streaming films, especially as offered by Netflix. I say this with special reference to my own iPad use for reading fiction; on the iPad, I hop around “books” with all the fickleness of grazing evening television with a remote control until I find a narrative that suits my mood and stick with it to the end.

Part of this fickleness comes from having lots of free or cheap content, which comes both from my own bent and from my training. In terms of the former, I am a great Internet collector of texts, gathering PDFs of articles I might like to use in academic writing, recipes, and free or inexpensive fiction. In terms of competencies and training, I’ve taught video production and am somewhat of a computer geek; and I also have a PhD in literature, which followed from and contributes to a lifelong love of books. What’s fascinating to me about the iPad is how I observe my relation to print material changing.

In a past Flow column, “Screen Texts,” I pointed out how the iPad has changed and expanded my use of PDFs.1 Now I would like to turn to examine my new e-consumption of fiction. To begin with, let it be noted that I am a fast reader and customarily go through about ten library books every two weeks, all fiction. I still do that but have added about three books more a week via the library’s e-lending system, OverDrive. I also collect on the computer numerous short stories and novels, mostly sci-fi, which I then transfer to the iPad. What’s now changed or exaggerated is my fickleness. I said I “go through” the library books. That means I take home ten books but do not finish two or three. Same thing with the OverDrive e-lending: try all six that I checked out in the past few weeks, read three. Not only have my reading practices changed with the iPad, but perhaps these practices indicate something more, a new inflection of the intelligentsia’s habitus, as Pierre Bourdieu would call it, our customary processes and judgments in regard to distinction or taste.

To demonstrate this, let me first describe in personal terms this change in how I read and collect fiction, my ideolect. It seems very clear as I keep on reading or decide to move away from a fictional text that I want something quite specific, which changes from day to day. I may want to read a short story or a long-form work; I may want something as idiosyncratic as characters with simple names; I surely always want good prose but will settle for workmanlike diction; I love great descriptions of environments; I may or may not want to read great depictions of military strategies in futuristic or historical wars. What’s fascinating to me as I observe my own behavior here is that on stopping reading a text, I make a firm and quick decision that I will delete it or keep it on the iPad with a bookmark so that I might go back and read it later. I trash a lot of books, and if I go back to the bookmarked text, I usually have to start from scratch since I don’t remember that much of the characters and plot. Deleting seems a kind of emotional verdict: I just don’t want you around, you don’t match my taste.

On the iPad, I’m going through my hundreds of collected e-texts in a way that’s similar to how I use the other media devices around me: grazing the 10 p.m. TV lineup with a remote control; selecting series to record on the DVR and then erasing some after judging the first few episodes poorly scripted or acted; or going through my Netflix streaming queue at midnight in an irritated way, just not finding anything that fits my mood. We have all become used to looking at film narratives on many different screens, with many different styles and protocols for viewing. Now there are new platforms and procedures for gathering, storing, and reading text, in this instance, fictional text. With the e-reader, movie and television history meet up with the history of the book. Thus my habits here condense how I use television, the library, and even more important, the iPod and the iPad, carrying my whole book/music collection wherever I want.

Clearly such “fickleness” derives from a culture of consumption, especially one encouraged by the iPad app store and some offerings on amazon.com with the 99-cent app or “bargain” e-book. Impulse buying leads to lots of small purchases, some of which are throwaways. I understand that I am being manipulated and sold to, that I buy things I may not want. But there’s something else that I observe and want to know more about: this major change in my reading practice and its possible relation to changes in household TV and film viewing. 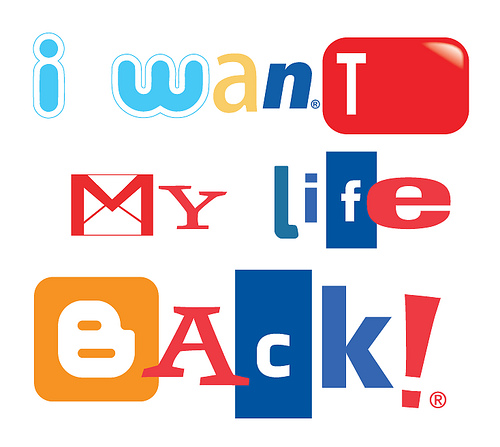 Two authors in particular provide useful insights here. Susan Murray in “Digital Images, Photo-Sharing, and Our Shifting Notions of Everyday Aesthetics” points out that cell phone photography has changed the very social meaning of a photo, which used to cost both money and effort to obtain and collect.2 In my family, such photos were especially valued, mounted in photo albums or kept in special boxes passed around at holiday gatherings. Such photos, Murray remarks, following Barthes, induce melancholy, a remembrance of moments and people from the past. Not so with the ubiquitous digital snaps seen on personal social networking sites, appreciated for their immediacy and regarded as disposable, part of a fleeting and transitory practice. In a similar vein, but dealing specifically with screen text, Roger Chartier in “Languages, Books, and Reading from the Printed Word to the Digital Text” points out that the computer user, when seeking out textual material, may collect or remember fragments of texts, often from different modes of discourse, so that the authors and textual integrity of the original material fade into the background.3 For the reader of text on a computer, this entails a new pattern of reasoning, a new relation to the written word, and a new way of constructing knowledge: pursuing links to other avenues of consideration across many modes of expression.

I find Chartier useful when considering the new reading practices engendered by my iPad. For example, here in relation to non-fiction consumption, I have long had an RSS news agglomeration feed but do not like to stand at my computer and read it every day. Its format is boring. I soon get restless. But now the iPad offers me many attractive newsreading apps. Mine, Early Edition, takes my Google Reader feed and shows it to me in a form something like a newspaper. That means I can place “the news,” my own RSS selection, on the dining room table like a newspaper with my morning coffee each day. But, as Chartier points out, these news items are not the same thing as they were in print. Their original “architecture”—their hierarchical print presentation shaped by editorial decisions—is reshaped and read in another architecture, here my RSS feed and the visual presentation of my chosen app. 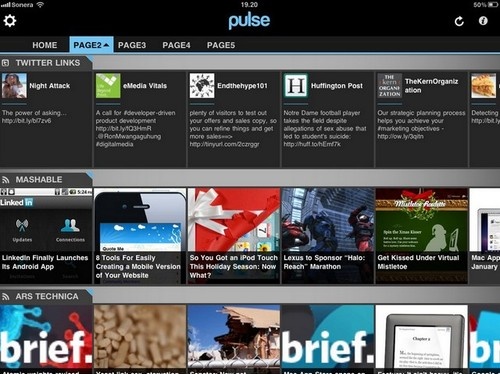 In this way, drawing from Murray and Chartier and adding my own observations about watching films and television at home, I can see how my digital collecting and reading makes me appreciate news and fiction narratives on the iPad for their immediacy, portability, and my (limited) ability to control their graphic presentation. However, in studying this phenomenon, I find it important to move on to e-texts’ economic and social dimensions, looking at marketing, copyright, archiving and preservation, informational imperialism—including English as lingua franca, and both the usefulness and precariousness of digital accumulation. I also think scholars could fruitfully take another approach, drawing in part from Paul Ricour, that would analyze the constellation of narratives circulating around us, both fictional and non-fictional, and trace how they place emphasis, segment events, assign character traits, and describe or assume social and class hierarchies.4 Knowing that, we can move on to explore what the culture has left behind, the previously un-narrativzed. Ricour found that by looking at how a culture (or person) uses many kinds of interrelated narratives to pass time, we can also see the marks it (s/he) leaves about how it (s/he) assigns value, encourages or constrains the imagination, creates social structures, and gives meaning to time.