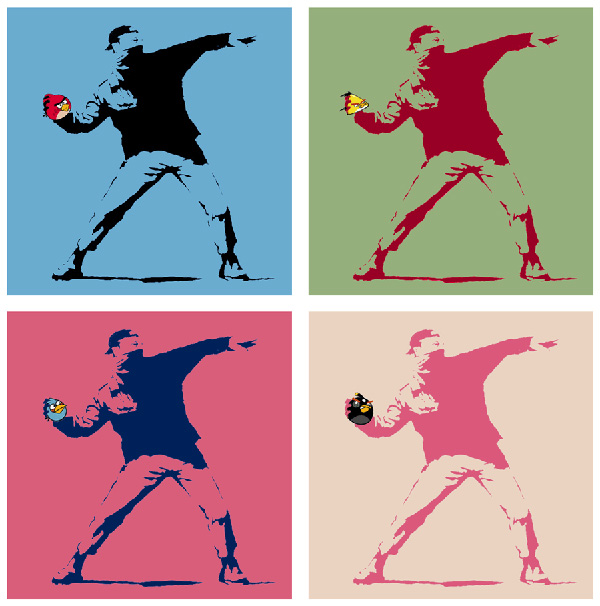 Launched by Finnish game developers Rovio in December 2009, Angry Birds is the most popular smartphone application or app to date, with over 140 million downloads worldwide, including both paid and advertising-supported free versions on a range devices. Taking advantage of the low-cost digital distribution platforms for mobile devices such as Apple’s App Store and Google’s Android Marketplace, Angry Birds costs, if anything, only a tiny fraction of the price of a PC or console game. The time commitment required to play the game is much smaller, too, with Angry Birds to some extent a harbinger of a raft of casual games which aim to be easy to understand, easy to play, encourage repeated use and have high levels of feedback and reward. Equally important, Angry Birds and other mobile media are increasingly ubiquitous not just because of their widespread use, but because that use can occur anywhere. Those wasted moments at bus stops, in waiting rooms, on the subway or while half-watching a television show can now be spent catapulting enraged birds toward the smug egg-stealing pigs and the various bizarre structures in which they hide. Given the popularity of Angry Birds, it’s hardly a surprise that a huge array of different remixes have emerged featuring the characters, story and music from the game.

In examining Angry Birds in terms of remix, it’s not only fan responses to the game that should be considered, but the very logic of the game itself as Rovio moves from building a singular app to a successful franchise or brand. Aside from the initial Angry Birds app, there have been two subsequent releases. Angry Birds Seasons, as the name suggests, introduces new levels and gameplay, but most significantly does so against themed or remixed ambiance. The recent Easter levels, for example, replace hardhats and helmets with Easter eggs and bunny ears for the pigs. In Angry Birds Rio, a stand-alone version of the game commissioned by Twentieth Century Fox to tie in with their animated feature film Rio, the egg-stealing pigs are replaced by monkey minions and a conniving cockatoo. Angry Birds Rio is in many ways an official remix of the original game, but it’s also an example of the way that the low-cost and rapid distribution of apps can be harnessed for more than just internal advertising (which is widely deployed to monetize the free or “lite” versions of this and many other mobile games). Indeed, Angry Birds Rio isn’t even product placement inside the game, it’s product placement as the game.

One essential element of Angry Birds and other successful casual games is its narrative simplicity; the narrative situates and motivates the gameplay, but is basic enough to be conveyed in a just a few seconds via a single scrolling image (usually documenting the pigs, in various guises, stealing eggs, thus causing the resulting anger and suicidal zeal on the birds’ part). While the basic narrative evokes a classical battle between good and evil, it does so in such a minimal and yet engaging fashion that it readily opens the door to others to fill, expand and creatively engage with the story. A plethora of Angry Birds images mix elements of the game with other popular culture franchises including Star Wars, Batman and Spider-Man. Beyond these mashups, Angry Birds have also inspired a wide range of artists whose work teases out a far richer visual world than that present in the game. In Angry Birds – Letters From the Front Lines Chris Riebschlager has humanised the birds even further with their messages to loved ones back home, and those letters now also come in video form. Well worth watching, too, is the fan-created trailer for an imagined Angry Birds feature in the high-octane style of a Michael Bay-helmed action film. On YouTube and other music-sharing websites a wide range of audio remixes can be found. Indeed, the composer of the Angry Birds Theme, Ari Pulkkinen has blogged his endorsement of non-commercial remixes, asking only that he is attributed as the original composer. The explicit support of Pulkkinen and the implicit support from Rovio allows these remixes to build the imaginative world around Angry Birds and cannot help but reinforce players’ interest in the game. Indeed, such affection is held for Angry Birds that you can even find instructions online detailing how to bake a playable Angry Birds birthday cake.

On a slightly more serious front, in examining the characteristics of participatory political culture Chuck Tryon (2011) argues that three key elements of successful political remixes are: firstly, inclusivity, in that there are low barriers to participation; secondly, intertextuality, in that existing popular culture fragments and references are harnessed; and finally, immediacy, in that to be effective these remixes must be created and distributed rapidly in order to relevant. As a source of intertextual meaning Angry Birds have featured prominently in a number of political remixes. Probably the best known Angry Birds political remix was created by the Israeli comedy show Eretz Nehederet ("A Wonderful Country"); their Angry Birds Peace Treaty sketch poignantly lampoons the length of time many peace treaties last in the region. More recently, in Three Big Pigs, Russian designer Egor Zhgun mashed together the visual styling of Angry Birds with the audio from Disney’s Three Little Pigs to capture the revolutionary energy driving recent events in the Arab Spring. These two remixes clearly indicate that the flow of Angry Birds into the popular imaginary is indeed a global phenomenon. Moreover, as Ethan Zuckerman observed , “There’s something very 2011 about a Russian video using a soundtrack from American cartoons and characters from a Finnish mobile phone game (based on an English fairytale) to satirize North African politics.”

More so than previous media platforms, the intrinsic portability of mobile media devices means that apps and casual games readily inhabit our everyday lives. A combination of narrative simplicity, engaging game mechanics, and clever audio and visual design which is ripe for continual restyling, combined with the comparatively low cost via ubiquitous distribution platforms places Angry Birds as the most successful mobile game to date. From the music, to the characters, to the simple but engaging narrative, Angry Birds is a locus for remix par excellence. It really should come as no surprise then that Angry Birds have invaded the popular imaginary so successfully. 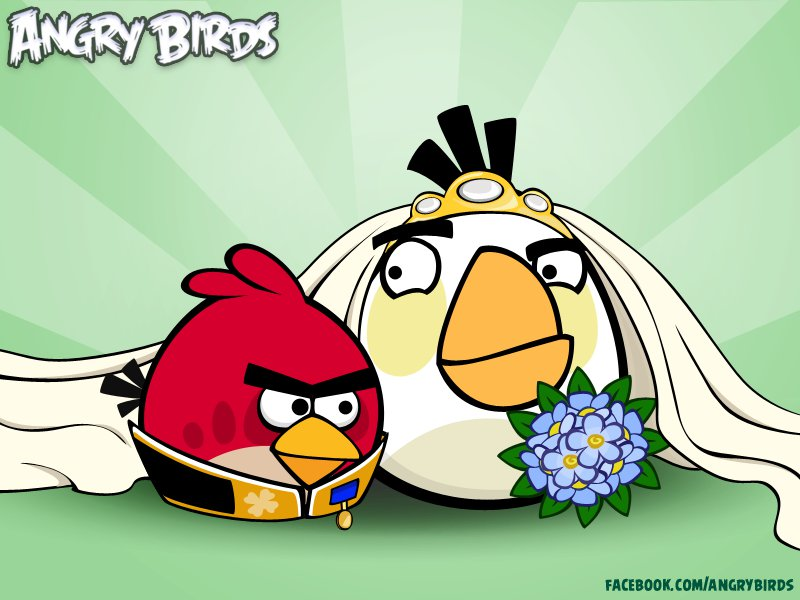