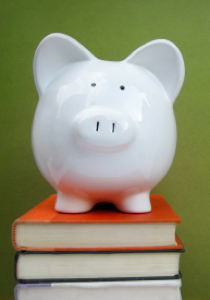 Scholarship in a Neoliberal Era?

At one point, Omar Little and I were Facebook friends. This is strange if only because I typically shun self-consciously “quality” television. That and it bothers me how The Wire, the program featuring this character, has become something of a fetish object in the academy. I’m suspicious of such programs, how obsessively they are watched and studied, and how often that leads to a frenzied championing. Yet Omar and The Wire spark something in me. This essay was supposed to be something longer, and was lined up for publication in an anthology. I even had a pithy title picked out: “Oh Shit, It’s Omar!” I wanted to play on the phrase uttered by background characters whenever Omar appears in the narrative. It’s also a frequent refrain on internet fanpages devoted to the character, where viewers quote Omar’s one-liners and, more generally, profess their affection for him. The title seemed catchy and apt because I wanted to think through some of the links between these phenomena.

Armed with a shotgun and a shitty attitude, Omar haunts the program. A police informant and vigilante, he weaves in and out of the narrative, appearing in episodes here and there as he strikes fear in the hearts of drug dealers. He also garners frustration and amusement from police officers as he operates in Baltimore’s narcotics trade on his own terms. The program itself details the seedy underbelly of privatization and deregulation in urban America: corrupt lawmakers and money-hungry development corporations push the already marginalized even further to the margins. The Wire gives voice to the undercurrent of desperation and neglect inherent in neoliberalism, where systemic injustices are imagined to be personal obstacles surmountable in the marketplace, and identity gets articulated as the culmination of an individual’s life choices. Many of the program’s African-American characters suffer from a profound deficit of such choices. 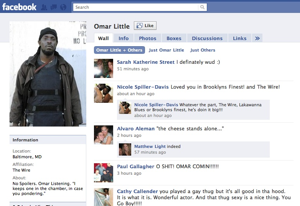 But Omar’s different. A twenty or thirty-something black man, he is a neoliberal subject gone awry. Omar lives below the radar, takes wild chances, and profits handsomely—but the character is always cognizant that his entire world could come to an abrupt halt at any moment. Omar eschews most conventions; humdrum interpersonal relationships and a permanent residence would be suffocating and mundane for him. I think the character suggests many different things: the failures of the U.S. as a welfare state, the discursive limits of neoliberal rhetoric related to self-interestedness, as well as the depressing, all-too-common continuities between race and class in contemporary culture. Omar troubles easy connections between good and bad, empowered and subordinated. A charismatic antihero, he is mean and funny, calculating yet passionate. The fact that he has sex with men is little more than another of the innumerable ways that he defies easy categorization. It’s ironic that I’d be Facebook friends with Omar because I’d likely be terrified of him if we were ever to cross paths.

It’s not lost on me that Omar is an avatar for raced, classed fantasies of power and recklessness. He provides vicarious thrills to an affluent, taste-stratified audience. I’m not entirely proud that I find the character so fascinating. Several years after The Wire concluded its run on HBO, I felt silly receiving Facebook status updates from a fictional television character whose narrative had long since concluded. The social network’s re-design made de-friending him relatively simple. So I did.

As of this writing, Omar and I have eight Facebook friends in common. A year or two ago, he and I had something like 64 or 65 Facebook friends in common, many of whom were media academics. That’s about the time that the popular press devoted some attention to “the phenomenon” of The Wire as an object of analysis in university classrooms –as if serious interrogation of popular culture is itself a new phenomenon. It’s also when several monographs devoted to the program were published. I flipped through a lot of these books as I was starting my research. Most of the essays mentioned that Omar had sex with men, but none covered what I was most interested in: what’s at stake when viewers cathect to death a black male character who has sex with men. I wanted to interrogate how the program, the character, and his afterlife on the internet re-inscribe the future-orientation of the neoliberal project. By making Omar a martyr, it seems that The Wire allows for “safe” audience identification. When I started re-watching the series and writing, I thought again and again about de-friending Omar on Facebook. This little thing that I did without ever really thinking about it started to feel careless and malignant. It seemed to resonate with neoliberalism’s tendency to discard those at the margins. In that sense, I too rendered Omar expendable. It might sound stupid, but it was a terrible feeling.

As I continued writing, I found myself considering why media scholars tend to focus on particular television programs. I got angry about it. The devotion of whole conference panels and entire anthologies to The Wire started to seem like drinking the Kool-Aid. Reifying industry terms regarding what constitutes “quality” texts and, by extension, “quality” audiences can make for troubling pedagogy. Not that scholarship should always, in every instance be completely separate from industry concerns. But insofar as the medium’s shifting political economy has placed new emphasis on high-budget, high-concept programming, “quality” texts like The Wire have become objects of great scrutiny in university classrooms and press of all kinds. This attention frequently fails to question the terms of such object choices. When the “quality” and “narrative complexity” of The Wire are held up as reasons to study it, media studies’ imbrication in the neoliberal project comes to the fore in a pretty icky way. 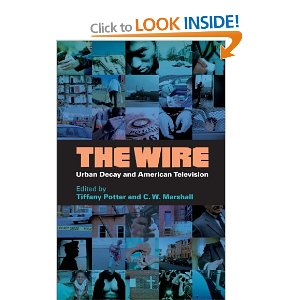 One of the many academic interrogations of The Wire

Ultimately, my thinking and writing meandered too far from the anthology’s theme and I had to drop out. In other words, “the world outside the object” overwhelmed it for me. More than a throwaway anecdote, removing myself from the anthology demonstrates some of the difficulties inherent in troubling the frameworks used to analyze television and media culture in the academy. Academic silos result in more research and publication opportunities for entrenched modes of analysis. They clear paths for those willing to “play the game,” tacitly encouraging scholars to work within existing models and paradigms. Innovation of this ilk follows familiar, well-worn paths: “the brilliant young man,” “the sexy theory,” “the colorful commentary.” Undergirded by the neoliberal logic of American universities, media scholarship focused on the contemporary moment, undertaken via logics used in industry practice blurs an already fuzzy line between academic and popular media criticism. Insofar as this work is often focused on commercial media texts and practices, even the most diligent media scholarship participates in consumer capitalism in some way.

When an increasingly tight job market fetishizes publication and advancement, I worry that it can come at the cost of rigor and self-reflexivity. Weighing these circumstances and what they mean for media scholarship will necessarily generate uncomfortably charged exchanges. Worse yet, the scarcity of the neoliberal academy can marginalize scholars who take up political questions by privileging research that seems “more marketable” and granting more opportunities to scholars who can claim “universality.” Cloaked in the respectability afforded to that which goes unmarked, media scholarship that claims disinterestedness—in politics, in identity, in difference—is benign only in appearance.

At a historical moment when the ivory tower is at risk of being reduced to rubble, I’m wary of academic media criticism that doubles as industry gossip, aspires to talking-head punditry, or is simply drenched in the cheerful ridicule of snark. This claim shouldn’t signify as a call for a closing of the ranks, much less some kind of blanket statement as to what academic media criticism should do or say or look like. Rather, I want to openly worry about how accelerated professionalization, choices of object and method, and a push toward more frequent publication can foreclose on insightful inquiry. Simply because topics or questions are not fashionable or au courant or (God help me) are too “gay” or too “black” seem like awful reasons to scuttle them. But when I have these conversations with other academics, I see that it happens a lot—despite even the best intentions. Recently, I told a colleague that my essay on Omar and The Wire had morphed into something else. She told me it was probably for the best, saying: “you write about gay things a lot, your CV will look better if you write about something else.” Saddest part? I worry that she’s right. 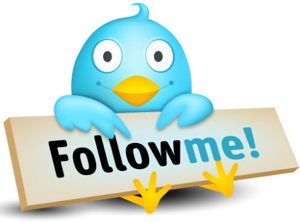 An academy that molds media critics who are tempted to churn out quick, dirty, market-driven analysis in the form of Twitter-friendly aphorisms is a potentially dangerous apparatus. When there’s a line drawn in the sand? I want to be on the side that thinks about media in order to interrogate knowledge and power in their many, multivalent forms. On one hand, loving the object too often brackets what that object says about the world outside of itself. Here, the act of criticism quickly becomes a monument to the critic. On the other, the conflicted feelings endemic to media scholarship can make for some snide nihilism. The romance and rhetorical convenience of blunt anti-capitalist critique gives short shrift to the vexed connections between commodities and affective life. Omar might say, “Don’t hate the player, baby, hate the game.” Alas, it’s exceedingly difficult to disidentify with one and not feel shortchanged by the other.