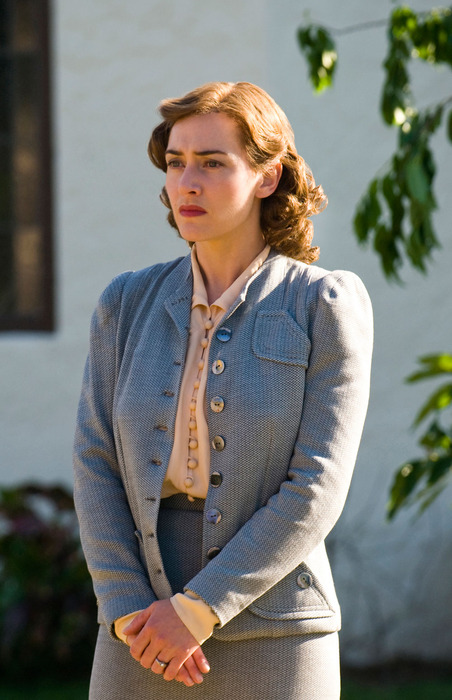 The first thing one notices about Todd Haynes’s HBO Mildred Pierce (April 2011) is that unlike Michael Curtiz’s 1945 film, this version does not begin with the murder of Monty Beragon: in fact, in Haynes’ version, as in the James M.Cain 1941 novel, there is no murder. Rejecting the noir tendencies of Curtiz’s film and returning to the source text, Haynes’ five-part mini series version of Mildred Pierce eschews the melodramatic action in favour of a realistic tale of mother love and middle class aspirations gone awry. In Haynes’ film as in Cain’s original, Mildred does not continue to sacrifice herself for her thankless daughter Veda, but rather brutally attacks her, survives divorce and bankruptcy, remarries her ex-husband and begins anew in her old Glendale home. While there is a climactic scene of discovery and violence, this is not the final moment for either the film or its title character.

Focusing on the quotidian and everyday, the series opens and closes in the Pierce Glendale home with a middle class couple facing the everyday clashes and failures of family life. Evoking Fassbinder more than classical Hollywood, Haynes’ film is characterized by pastels, muted lighting and the grain of film itself, a drabness and detail that is particularly noticeable in the overwhelming beige and gray mise-en-scène of the opening and closing scenes. Concluding with re-marriage, as Mildred and Bert return to the Glendale home and the marriage that opened the series, the final scene suggests a return to stasis after the excesses of the narrative arc and stresses the banal routine that lay at the heart of the affective extremes of melodramatic action. Quite unlike the epilogue structure of the Curtiz film, this ending not only does not offer the emotional satisfactions of loss and sacrifice associated with Mildred’s murderous gesture, but rather deflates affective satisfaction itself by closing with a tired, middle aged couple agreeing to forget their daughter and her troubles and get “stinko.”

This focus on the mundane is inseparable from the crucial lack of irony in Haynes’ adaptation. Indeed, while Haynes’ films are undeniably postmodern, reflexive and intertextual, they are nonetheless affectively and intellectually sincere, a characteristic that is essential to this adaptation of Cain’s novel.1 As J. Hoberman notes in his review of the miniseries, “there’s neither camp nor irony nor reference to the Crawford vehicle.”2 But this is not to say that Mildred Pierce is without excess. For all of its social and cinematic realism, Haynes’ series is maternal melodrama at its finest and at the heart of this affective genre is that most excessive emotional material – mother love. Stressing the libidinal, erotic and narcissistic dimensions of maternal affection, Haynes interrogates the perversities and pleasures of this excessive loving as it connects with social climbing, class conflict and Depression era want.

Crucially, Haynes also considers the correlations of these class ambitions with the desires associated with stardom and spectatorship. First intent on turning Veda into a concert pianist, Mildred is delighted to hear of her movie star aspirations and even more overjoyed with her daughter’s career as a coloratura soprano. Recalling the final scene of that most melodramatic of maternal melodramas, Stella Dallas, in which the eponymous character watches her daughter’s socially advantageous marriage from a distance, Mildred at first listens then gazes from afar at her daughter’s increasing success as a opera star. According to Lacanian theory, both the gaze and the voice operate as instigators of love, as objects that fascinate, seduce and disarm. As Slavoj Zizek notes, the voice holds a particularly interesting place as a love object and “the medium of hypnotic power par excellence, the medium of disarming the other’s protective shield.” This hypnotic power is in loving evidence when Mildred first listens to her daughter sing over the radio.

As she sits mesmerized gazing at the radio, the machinic vehicle for this acousmatic voice seems to dislodge itself from its technological confines to float otherworldly throughout the outdoor space. She is overwhelmed by the voice as she moves closer to the machine voice (radio), but then flees its presence, but not its music. 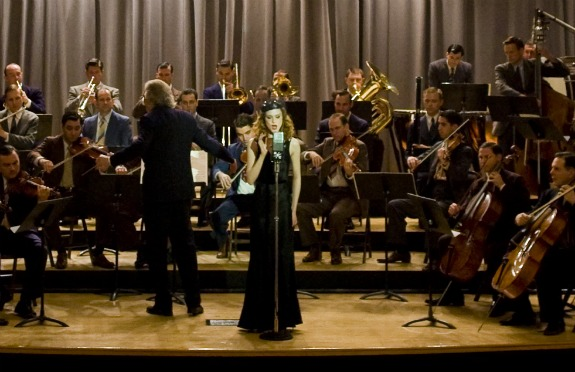 Giving material weight to Mildred’s earlier insistence that Veda “has something in her,” this magical voice is both more than and less than Veda herself: it is what was “in her” all her life, that special thing that Veda had but that Mildred could not identify; but it is also that thing that is in excess of Veda herself, giving her a power and pervasive presence that is not limited to the confines of any body. As Mladen Dolar notes of the voice in psychoanalytic thought, the voice is truly “plus-de-corps” in the double sense, “both the surplus of the body, a bodily excess, and the no-more-body, the end of the corporeal.” Veda’s voice is quite simply that initially mysterious but now fully amplified thing in her that is more than her. And yet the film reverses this excess of the voice – it is Veda’s body, not her voice that becomes the element that does not quite fit. As Mildred watches and listens to her daughter’s solo performance at the Philharmonic, she is both overwhelmed with emotion and slightly disturbed by the presence of Veda herself, as she backs away from the opera eyeglass close-up on her daughter’s expressive eyes: she prefers to gaze from a distance like a star struck fan.

This portrait of the mother as fan takes the series to another level in its interrogation of mother love by suggesting that the same narcissistic and immersive identificatory structures shape both spectatorship and maternal love and, in Mildred, both are shaped by pathologies of class struggle – Mildred the spectator will always gaze from afar at the fiction of upward mobility. But the film does not end with this gaze or even the hypnotic power of the voice, but rather with the quite everyday actions of a mother/ woman purged of obsessive and perverse child/ class love. Mildred gives up “chasing the rainbow” (the repeated song motif in the series) of class mobility through her narcissistic identification with what she identifies as the better version of her. But there is nothing noble in this rejection: it is more simply and more poignantly a matter of defeat. Veda as the monstrous incarnation of Mildred’s own class aspirations, is ignored but not exorcised as the parents takes solace in forgetful obliteration. As the final lines so eloquently sum it up – “to hell with her . . . Let’s get stinko.”