During a Superbowl playoff game on January 23, 2011, Volkswagen aired the above commercial featuring song-and-dance legends Gene Kelly and Donald O’Connor. Cobbling together body doubles, a green screen, and Kelly’s and O’Connor’s televised “sitting dance,” the Jetta ad revives the two dead performers to emphasize the whopping three feet of leg room in the car’s back seat. “We wanted to bring the Jetta’s rear leg room to life,” claims Eric Springer, one of the project’s creative directors. “It has substantial rear-seat leg room for its segment, and we needed to build a spot dedicated to that competitive advantage.” Let me get this straight: Volkswagen wanted to bring to life the car’s rear leg room by reanimating two dead dancers? This is not the only incongruity with the Jetta ad; it’s just the most amusing. In this column, I’ll consider the above commercial along with Volkswagen’s 2005 “Singin’ in the Rain” spot and assert that while both might succeed within the world of advertising awards1 and in the eyes of some viewers, they disappoint as homages to Gene Kelly and the classical film musical because they draw attention to their own artifice, something neither Kelly nor the genre would presume to do.

When the Jetta advertisement aired earlier this year during the Jets-Steelers game, I turned to Twitter to see how others would react: would they know Gene Kelly and Donald O’Connor, would they like the commercial, and would it really make them want to buy a Jetta? After the ad aired, my Twitter feed exploded, suggesting that many football fans were indeed familiar with Kelly and O’Connor. Furthermore, several people tweeted that the commercial was mindblowing, nostalgic, awesome, and fantastic; so yes, for some, the ad was a hit. However, the majority of viewers echoed Bill Prady, executive producer of CBS’s The Big Bang Theory, who tweeted, “The Jetta commercial with Gene Kelly and Donald O’Connor digitally dancing in the back seat makes me sad on a level I cannot truly express.” Here’s a sampling of the Volkswagen backlash: 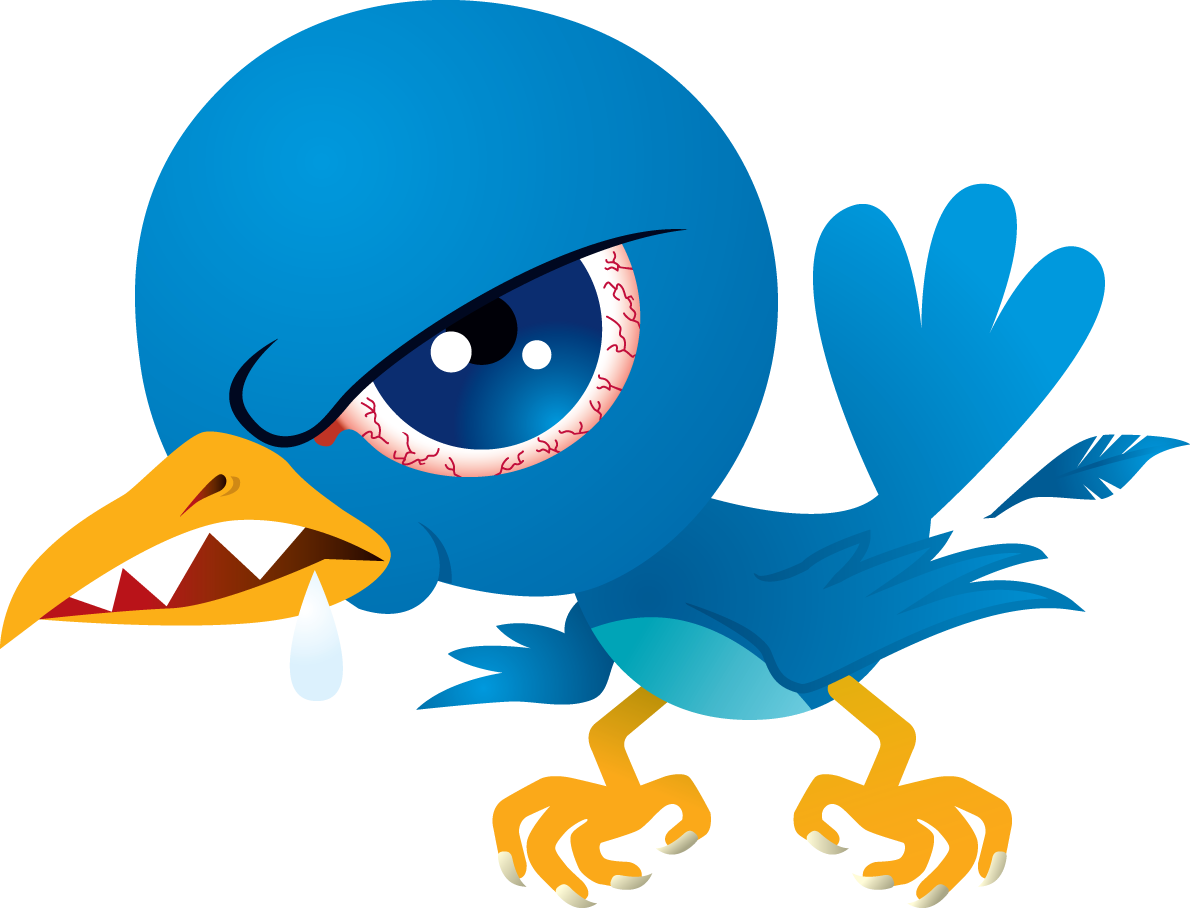 Others attacked the Jetta ad using more than 140 characters. For instance, NPR’s Linda Holmes laments that the ad “is unconvincing and cheap looking” and, moreover, because it removes the dancers from their context and conceals their use of bricolage (i.e., when performers “spontaneously” make use of props), it further cheapens the art of dance.2 Similarly, marketing copywriter Coreen Tossana wonders why the viewer should trust Volkswagen’s claim about the spacious legroom; after all, the company “has shown us a doctored video.” Holmes, Tossana, and the hundreds of angry tweeters not only expose the ad’s weak marketing ploys, but they also insinuate that the commercial is a rather poor tribute to Kelly and O’Connor as well as the art of dance and the film musical. Here’s why they’re right:

“Musicals are full of deceptions,” writes Jane Feuer. For example, numbers appear spontaneous and effortless onscreen even though they take weeks or months of preparation. Cameras may merge a theatrical and filmic space to manipulate the viewer’s point of view. Vocals and sounds of tap shoes are rerecorded in post-production even though they presumably occur at the moment of the performance. Songs/numbers not originally written for the film may seem organic and fully integrated. And performers may move into and away from the camera to suggest a three-dimensional space.3 However, something that classical musicals and onscreen performers virtually never do is draw attention to these deceptions. Rather, their focuses (among others) are entertaining, showcasing talent, and instilling in the viewer feelings like abundance, energy, and community.4

“Gene Kelly” singin’ and poppin’ in the rain.

Unlike classical musical numbers, the Volkswagen commercials emphasize their own artifice. First and most obvious, their subjects, apparently identifiable to many, are dead; as such, viewers immediately recognize the ads and their context as false. Second, the Jetta spot in particular looks contrived (NPR’s Holmes humorously equates it to “an outtake from a TV movie on SyFy like Sharktopus or Mansquito“). Like Fred Astaire in one of the controversial Dirt Devil vacuum cleaner ads or Louis Armstrong in a spot for Diet Coke, Kelly and O’Connor are noticeably cut out, lifted from their original setting, and plunked into an anachronistic mise-en-scene. What’s more, the vibrant quality of the first two shots–in which obvious body doubles open the car door and enter the backseat–differs drastically from Kelly’s and O’Connor’s part, which appears muted and fuzzy, evoking almost an animated quality.

Third, the subjects’ posthumous performances highlight the commercials’ construction. Kelly’s and O’Connor’s actual “sitting dance” lasts about six minutes. In the first half, the stars sit in chairs and recreate each other’s most famous numbers; they talk, tap dance, move their arms and torsos, bump each other’s heels, tap on one another’s chairs, and fiddle with a cup of water. In other words, like all musical performers, they make hours of practice look spontaneous while never once drawing attention to this falsity. Conversely, in the Jetta’s backseat, their performances are questionable. “Why don’t I hear their feet tapping?” the viewer may ask. “Are those really their legs? Are their lower bodies digitally manipulated too?”5 In all of these instances–the choice of subjects, quality, and “performance”–the viewer is compelled to pay attention to the ads’ artifice, something neither Kelly, O’Connor, nor the musical would dare to do.

Gene Kelly’s posthumous performance in Volkswagen’s 2005 “Singin’ in the Rain” commercial highlights its trickery even more than the Jetta ad; therefore, it’s perhaps even more disappointing as an homage to Kelly and the genre. In this recreation of the title number from Singin’ in the Rain (Stanley Donen and Gene Kelly, 1952), Kelly’s face has been “pasted” onto the bodies of three poppers/break-dancers6 , which means that Kelly is now “performing” steps and gestures that he did not (nor likely would not) while he was alive. Thus, with this ad (and something like Nancy Marchand’s posthumous performance in HBO’s The Sopranos), we’ve embarked upon a new and arguably unethical level of digital manipulation, one that Lisa Bode maintains, “transforms the dead actor’s performance itself at the most fundamental level” (51). Because the Golf GTI commercial has decided on this harvesting/pasting method or “montage within the shot,”7 it plainly flaunts its own construction. In fact, what’s mostly celebrated about this spot are not the feelings it evokes or how it honors the Golden Age of Hollywood, but the skills of the special effects crew and the dance doubles,8 the latter of which is a vocation Gene Kelly was definitely not a fan.9

Volkswagen’s communications manager states, “The scene from Singin’ in the Rain is a memorable, classic film moment, showing Gene Kelly at his very best. Volkswagen felt that this moment encapsulates the very essence of Gene and we feel that our latest GTI captures the spirit of the Volkswagen Golf GTI as a stylish and classic car that has, like Gene, stood the test of time.” Much like Volkswagen’s wanting to resurrect two deceased dancers to “bring to life” a car’s backseat leg room, the irony here is comical. That is, an advertising company acknowledges the title number from Singin’ in the Rain as classic and unforgettable, featuring a dancer at the top of his game. But then, said company removes from virtually the exact mise-en-scene the very thing that makes the number iconic: Gene Kelly singin’ and dancin’ (not poppin’) in the rain. Alas, this is just another way the company makes the viewer fully aware of its ad’s constructed nature.