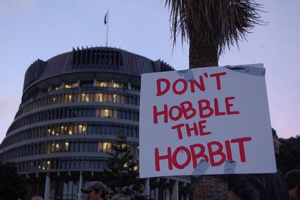 Sir Peter Jackson, film director, knight and cornerstone of the New Zealand film industry, has recently been at the centre of a renewed debate about location filmmaking and creative labor relations. In October, the story broke about his dispute with an Australian actors’ labor union (the Media Entertainment and Arts Alliance, MEAA) concerning the use of non-unionised actors in his new production, two films based on the J. R.R. Tolkein book The Hobbit. The dispute began when the MEAA issued a call to actors, not only in New Zealand and Australia, but also to actors’ unions in the US, Canada and beyond, to boycott the film because the production was offering non-union contracts with no minimum payments and conditions of work. The MEAA is affiliated with the small New Zealand actors’ union, NZ Actors’ Equity (NZAE) who issued a statement endorsed by more than 400 actors, that said, “Until we reach a fair and equitable solution, we recommend that all performers wait before accepting any engagement on The Hobbit“.1

This modest stoush offers a number of far-reaching insights into the transnational dynamics of the “international division of cultural labour” (or NICL2 ) and the new forms of sovereign power that are now enacted through these dynamics between multinational media corporations and national governments. At first glance, the various claims staked by those involved in this dispute signaled the continued volatility of transnational location filmmaking. In 2004, I was finishing some research into the production of the Lord of the Rings trilogy and its effects on the local industry. My conclusion, after examining the political economy of the production and the various roles the New Zealand government played within it – direct and indirect funding, the certification of all three films as New Zealand films to qualify for tax breaks, a number of publicity campaigns that used snappy slogans such as “Brand NZ” – was that the New Zealand film industry was in an increasingly precarious position. I predicted continued “volatility and uncertainty” rather than “autonomy and plurality” and so it would seem to be.

Transnational production dynamics dictate that productions continue to search for (a) basic infrastructure, (b) a favorable exchange rate, and (c) skilled but cheap and docile labor. And when workers in highly peripheral locations such as Australia and New Zealand start talking about that labor and its mechanics – remuneration, conditions, benefits or lack thereof – the threat of an alternative location always looms large. This was acknowledged by Jackson himself who threatened that the production would “go east” (that is, to Eastern Europe) if the dispute was not quickly resolved. Locations for ‘runaway production’ (or ‘internationally-mobile films’ as it is more benignly referred to in New Zealand film policy) continue to aggressively compete for this kind of big-budget, high-profile filmmaking. Competition is key to the continued efficiency of the NICL and non-unionised workers are an essential carrot. 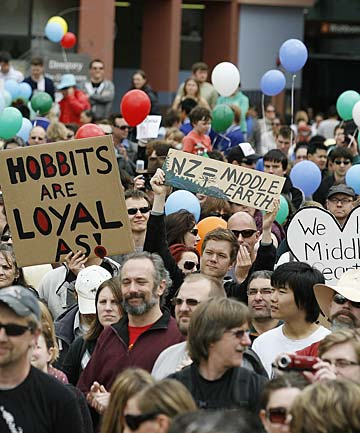 Over 2000 people came out to show their support for keeping The Hobbit in New Zealand, October 25, 2010

This episode also raises a wider set of issues which highlight the paradox of creative labor in contemporary cultural economies. That is, its normative invisibility. What this debate has shown is that labor itself is often invisible, especially outside Hollywood, and this invisibility is desirable and necessary for the continued exploitation of that labor. At the same time, creativity is over-exposed; is increasingly offered to workers of all kinds, across and between industries and forms of production. In fact, creativity, as a conduit for what Hardt and Negri call “biopolitical production”3, is now often compulsory for workers. It is also central to creative industries policy formation, including film production policy. Banks and Hesmondhalgh offer an important critique here, arguing that work itself is often entirely absent from creative industries policy, or is couched in wholly positive terms. So creative labor as a process is rarely addressed, and when “labor mobility” is acknowledged at all, it is read as “intrinsically positive” and “a natural benefit derived from a fluid and fast-moving creative economy.”4 Thus when ‘problems’ are raised, such as the particular problems the case of Jackson versus the MEAA brought to light, the investments that producers and multinational corporations continue to make – in volatility, precariousness and fierce competition – are made more starkly obvious. And this is crucial, especially considering that to raise these issues is often to be accused of stirring up trouble, or of being disloyal to one’s local creative economy.

At the time that this story surfaced, Jackson disputed the MEAA’s claims forcefully. He issued a long, angry statement which attacked the unions for meddling in an industry with which they have little direct influence, citing regional politics as a motivating factor and claiming that NZAE represented only around 200 of the estimated 2,000 actors working in the New Zealand industry. He wrote:

It feels as if we have a large Aussie cousin kicking sand in our eyes … or to put it another way, opportunists exploiting our film for their own political gain. They want greater membership since they get to increase their bank balance5. 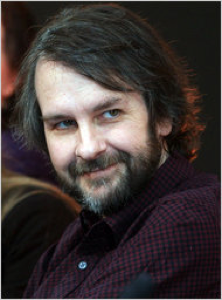 Jackson disputed the ‘anti-union’ accusation, arguing that he “always attempted to treat my actors and crew with fairness and respect”.6 In fact, Jackson and his producers argued that union representation was illegal under New Zealand law, in which independent contractors were prevented from entering into collective bargaining agreements. Peter Jackson is at the centre of the small New Zealand film industry, having successfully built up a production complex (including post-production facilities) outside Hollywood, in Wellington, or “Wellywood” as it is now commonly known. His influence runs deep; he also presided over a recent report into the New Zealand Film Commission, the funding body for New Zealand film production, in which an “overhaul” of its funding strategies was recommended.7 Regional politics were indeed at play, but in ways which were difficult to read clearly. The relationship between the large MEAA and the relatively small NZAE was opaque. As well as this, it was unclear how many New Zealand actors were materially affected by the ‘non-union’ conditions. However, Equity spokespeople supported the general requests for dialogue with Jackson and his producers. Jennifer Ward-Lealand, president of the NZAE, stated: “Our members are simply seeking fair and equitable engagement terms for NZ actors, more in line with those that protect actors from Australia, the US or the UK who will be working on the production”.8

Perhaps most telling has been the resolution to this story, a resolution which came after the widespread vilification of the NZAE and its members, street protests in New Zealand and heated discussions featuring the slogan, ‘New Zealand is Middle Earth’.9 By this stage, the NZAE and MEAA had ended their call for a boycott but New Zealand was now considered a risky location. In a display of coercive power reminiscent of Hardt and Negri’s concept of “Empire”, representatives from Warner Brothers (owned by Time Warner, a “supranational organism” of global capitalism as Hardt and Negri term it10 ) flew to New Zealand to negotiate a settlement directly with the New Zealand government. And what a settlement it was. In return for retaining the production, hosting duties for one of the world premieres and the inclusion of tourism promotional materials on DVDs and other digital merchandise based on the films, New Zealand prime minister John Key agreed to a settlement package including an estimated $NZ34 million in tax breaks and a subsidization of the marketing costs for the two films. More than simply the exchange of capital however, the agreement also required ‘emergency’ changes to New Zealand employment legislation, ensuring “…that film workers hired as contractors will not be able to later argue in court that they were employees.”11 The New Zealand Herald called the deal ‘extortionate’12 and The Hollywood Reporter’s Jonathan Handel argued that the deal was a “pretty extraordinary” display of multinational power. More than this, it also served both parties as Handel pointed out: “Warners aren’t fools. They knew in some sense they were doing the Government a favor with the passing of legislation that was going to suppress, if not completely prevent, unionization of this industry in New Zealand. And if the Government should have the occasion to use this legislation for other industries, they know they have the language to use it as a model to extend anti-unionization.”13

We would be wise then, to heed this ‘extraordinary’ display of Empire in action. These kinds of disputes and the wider issues they bring into focus demand that we pay attention to the experiences of creative workers and are able to connect these experiences with much broader questions about precarious labor organization in today’s post-modernized global economy. This tale of Wellywood’s labor problem enables a close examination of the NICL and the ways in which Empire is now exercised through the continued invisibility of creative labor and the co-option and exploitation of that labor at both local and global levels. As one New Zealand-based commentator argued, “The Government has made the right decision for the film industry and for the wider economy. But with Warner Brothers holding a gun to its head, what other decision could it have made?”14