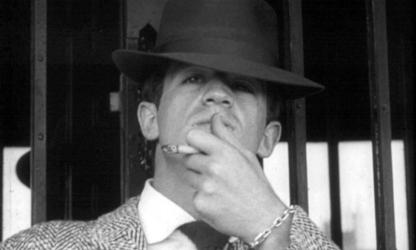 In the first shot of Jean-Luc Godard’s Breathless (1960), Jean-Paul Belmondo’s Michel lowers a newspaper to reveal his glorious visage. He wears a tie and a sport jacket, the brim of his hat is pulled rakishly low, and a cigarette dangles lasciviously from his lips. Michel removes the cigarette and runs his thumb along his mouth, à la his idol Humphrey Bogart. And with this loving homage, thus began film and television as we know them, narrative modes long rife with folks gleefully inserting sly references to other artists into their own work.

Indeed, one of the great pleasures of watching something like The Simpsons or Community is identifying the allusions to other texts. But the quoting of other sources has become so ubiquitous in our contemporary media culture that I fear we may have reached a point of saturation, in which too often the references are characterized by pastiche instead of homage, easily recognizable but devoid of the revisionist context that can give a quotation new meaning. At the risk of bringing down upon myself the unfettered wrath of every Gleek on the Internet, I think it’s hard to find a better illustration of this state of affairs than the current season of Glee. The show’s nature requires quotations, but unfortunately it is increasingly proving itself incapable of recasting them in interesting ways.

We’ve all got our favorite moments of homage. I’m particularly fond of revisionist occurrences in which films incorporate scenes from other works so as to both echo the originals but also recast them anew. Take, for example, P.T. Anderson’s Boogie Nights (1997), which reads like a film studies encyclopedia. For example, its opening long tracking shot into the Hot Traxx nightclub mirrors the one in GoodFellas (1990) that takes viewers into The Copacabana. A later tracking shot winds its way through a porn impresario’s party, ultimately ending up underwater as it follows Dirk Diggler’s (Mark Wahlberg) trajectory when he jumps off a diving board. It’s akin to a similar shot in I Am Cuba (Kalatozov 1964), but the context couldn’t be more radically diverse, resulting in a very different function and meaning than that of its antecedent, which was a money shot in a communist propaganda film. And that last scene in which Diggler finally reveals what all the fuss is about recalls Jake La Motta’s (Robert DeNiro) final monologue in Raging Bull (Scorsese 1980), itself an homage to On The Waterfront’s (Kazan 1954) taxi cab scene between Terry Malloy (Marlon Brando) and his brother Charley (Rod Steiger). But Boogie Nights’ clever incorporation of homage results in its becoming something greater than the sum of its familiar parts, thus allowing it to transcend the realm of imitation and become an influential work in its own right that will undoubtedly be quoted time and again by future generations of visual artists. 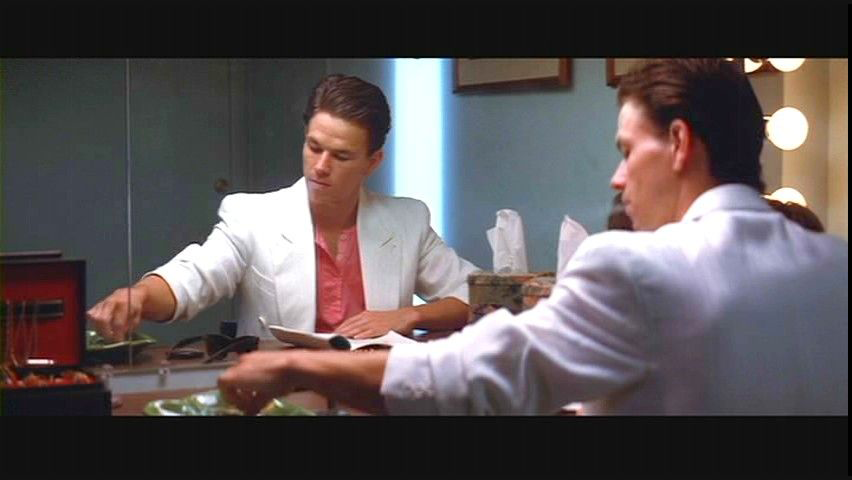 Boogie Nights: Quote and be quoted.

And then there’s Glee. Because there are no original songs, they’ve got to reference other works multiple times in every episode. When the show is at its best it takes cultural referents such as the video for Beyoncé’s “Single Ladies (Put a Ring on It)” and turns it into something else by putting it in the context of trying to win a football game. It’s an utterly ridiculous and goofy scene that belies the reality of the way football works, but it’s also enormously satisfying and pretty funny to boot. The show’s musical numbers are to me more successful when they transport their sources to locales away from the stage or the classroom. And even when a musical number starts within the walls of William McKinley High School, if there are sequences that take us to other places and/or elsewhere in time, such as when Kurt recently sang “I Want to Hold Your Hand” for his classmates, that can also work incredibly well. But when their numbers are stagebound things often become stagnant, sucking the life out of the song and leaving a strong distaste in the mouths of many viewers, or at least those who know the original. 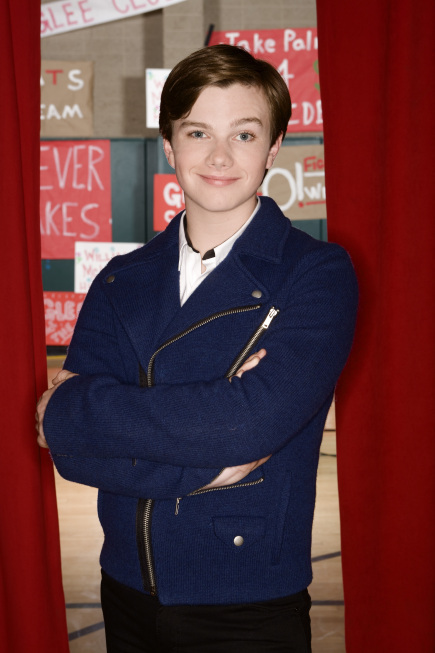 Kurt poses for photos when he’s not transporting us through time via the power of song.

The apotheoses of these occurrences take place in the episode titled “The Substitute,” which features renditions of classic numbers from Singin’ in the Rain (Donen/Kelly 1952), which were themselves new takes on old songs. I’m not saying some texts are untouchable, but if you’re going to cover something so culturally iconic, you might want to do something totally new with it. So Gus Van Sant’s shot for shot remake of Psycho (1998)? Probably not a good idea. Conversely, Martin Scorsese’s reimagining of Ford’s The Searchers (1956) as an urban western in Taxi Driver (1976)? That works. If you don’t approach homage in this way it becomes nothing more than imitation, which might be the highest form of flattery but doesn’t make for good TV or cinema. So Glee’s rendition of Singin’ in the Rain’s title song incorporates a mash-up with Rihanna’s “Umbrella” and takes place on a stage full of water featuring the cast re-enacting moves from Gene Kelly’s classic sequence while also incorporating new moves into their set-piece number. There’s revision, and there’s imitation, and then there’s shitting on sanctity. I’m no purist and I’m not saying they shouldn’t have done it, but I would argue that despite the attempt at innovation, it doesn’t go far enough in its departure from either original. And the one thing that it’s missing that makes the movie’s original so great is passion you can feel. Kelly’s rendition takes place within the context of his falling in love with Kathy (Debbie Reynolds) and it results in Dionysian abandon, bringing to Technicolor life the giddy exhilaration that comes with new love, whereas Glee’s version is akin to watching craftsmen make shoes: there’s artistry in their production and the finished product is expertly made, but it lacks the soul that still makes Kelly’s sequence so resonant.

Worse still is their take on “Make ‘Em Laugh,” which features Will Schuester (Matthew Morrison) and Mike Chang (Harry Shum, Jr.) in a duet that is at times a near step for step imitation of Donald O’Connor’s version. Again, failing to revise the setting and context in an interesting way leaves their rendition flat. It lacks the visceral joy of O’Connor’s sequence, the best part of which is that it makes the audience do what the title suggests, which is laugh. Will and Chang are great dancers, but as there’s no real reason for the scene other than to show that they can do a rote imitation of the steps, their version is totally devoid of life and spontaneity, making it seem as though it’s performed by technically proficient but non-sentient automatons.

There’s no reason you can’t do a scene that’s almost identical to the original, so long as you update it in such a way so as to give the audience a new way to interpret it. Take Spike Lee’s incorporation of the Love/Hate tattoo sequence from Night of the Hunter (Laughton 1955) into Do the Right Thing (1989). Robert Mitchum’s iconic scene is as seemingly inviolable as anything from Singin’ in the Rain, but by transposing it from a depression era white psychopathic murdering preacher in the deep south to Radio Raheem (Bill Nunn), a socially aware young African-American male living in what was at the time contemporary Bedford-Stuyvesant, Lee both pays homage and avoids pastiche, creating something new in the process, a model of artistic quotation that I’m afraid might be falling out of favor in our current media landscape, as evidenced on Glee and elsewhere.