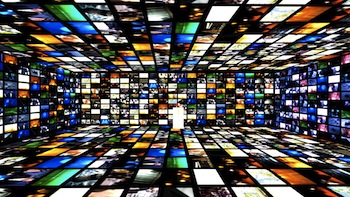 How do we streamline, consume, and catalogue media?

Platforms, formats, modes of delivery, archiving and storage, and ways of using media and media criticism with students change so fast now, it’s time for us media scholars to start detailed conversations with each other about the ways we archive/review/show film and video; buy, store, and read books and articles; make media and writing about media available to students; and consume film and television. Some of us may only talk about these issues with friends and colleagues, since tell-all would probably embarrass the speaker or antagonize her readers. For example, consider these possible conflicts: “I never watch television” or “I only watch shows from my TiVo so I can skip the ads,” vs. “You have to watch it all to understand the flow.” High vs. low culture tastes, gender-inflected tastes, technology accumulation and fetishism vs. computer luddism, pirating vs. defense of artists’ and scholars’ rights—all these stances we have as part of our private media practice but don’t always admit to readily or want to argue about publicly. Here is an example: I recently heard a conference paper by a graduate student about a television series’ narrative; in a personal conversation, she told me she had only seen Season One on DVD. It bothered me that she had not kept up with the whole series, that she thought a DVD series’ viewing was equivalent to a TV season’s viewing, and that she did not keep up with the show’s current season at all. I did not argue the point with her because more importantly I then also realized that as an editor I had no idea how many of our contributors wrote about television in this way too. It just never crossed my mind before.

Some of the greatest problems media scholars will face in the near future will derive from conflicts between the telecommunications and entertainment industries and these giant industries’ need to “capture” consumers. DVD sales decline noticeably each year, and the future of cinema will surely rely on an increase in Internet streaming to television sets as well as to computers. If we were to discuss with each other our ways of consuming media in terms of formats, platforms, and problems, we could assess now some of the problems awaiting us. 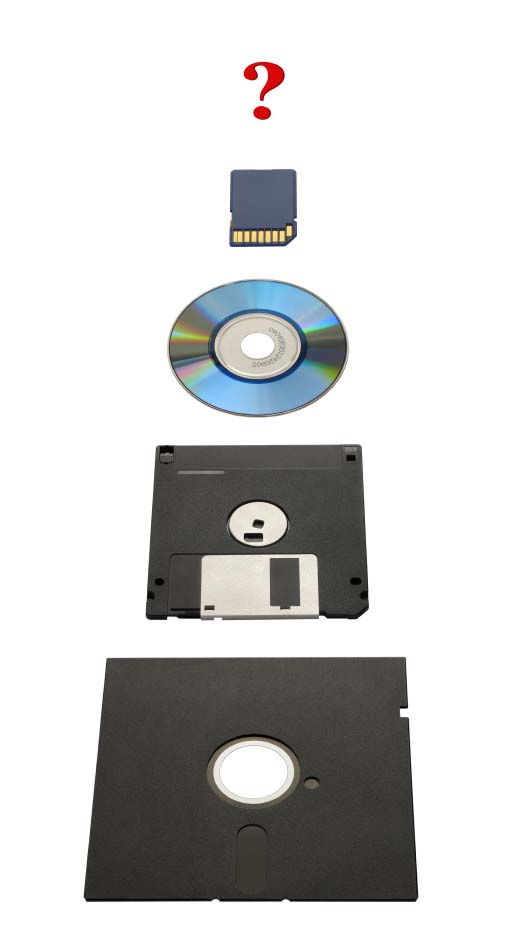 Here is how I experience these problems now. I live in a small, relatively isolated academic community, and so I pay for a deluxe package of satellite TV, mail rental DVDs, and as high a speed Internet as you can get in this neighborhood. In addition, as the household technogeek, I figured out how to run a fifty-foot Ethernet cord to a special Roku box that provides streaming Netflix to the living room television set. This was because our “high speed” Internet is hardly that and even with direct wiring to the modem, we can only get the minimum bandwidth for streaming video.

What does that mean in our household? On my WiFi computer, in my study distant from the modem, streaming video, even YouTube, stutters; it starts and stops constantly. Netflix streamed onto our new big HDTV set also stutters, but not badly. However, visually it has about the same quality as a VHS tape. HD network television programs look great even when played back from the satellite company’s HD DVR. And our multi-region DVD player doubles the lines for HDTVs so it also provides excellent audio and video delivery. (I recently bought an iPad, and will write about it in later Flow columns. Just to say here, I do not like the small format for TV viewing. But a more complete media use auto-ethnography would include small device use.) And many Flow readers, especially those renting an apartment, cannot afford what I as a retiree can, nor might their roommates/partners want to pay for this much media consumption. For those of us who use this media professionally, there are too many set-top boxes, too many choices, too much money paid out each month—I suspect many Flow readers have comparable stories about the last few years of their media and electronic consumption and am writing this to stimulate our discussion about these changing platforms and processes of reception. 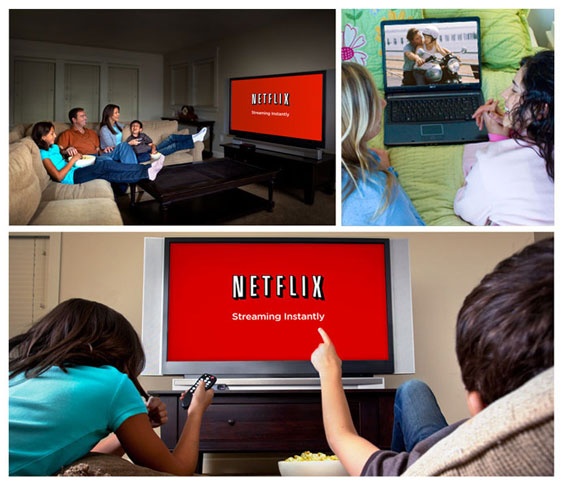 Drawing some conclusions about these media changes in my own life over the last two years, I’ve decided that a lot of the talk about streaming movies into our homes does not come to terms with how paltry the bandwidth is that AT&T or Comcast provides. In addition, for a number of years these providers have claimed they should be able to charge more to those who use the Internet more. HD film streaming may end up costing consumers much more than $10 a month—Netflix’ modest subscription price now. Video on demand, VOD, has become attractive to independent filmmakers who have had some festival success, but I pay so much now per month for all these services that I rankle at paying these companies any more, even for indies. My irritation with the cost of Internet and cable service is so great that I will go out to a video store instead. And many of these have gone out of business. In addition, as Jonathan Rosenbaum has predicted, the DVD is becoming a specialty format for cinephiles, libraries and schools.

Mostly, my home viewing life is guided by convenience, spectatorial pleasure, and a broad cinephile’s taste (what Pierre Bourdieu calls distinction). TV choices include MSNBC news for the leftist, HGTV for the hausfrau, Turner Classic Movies for the golden oldies, and a few favorite narrative series for the DVR. I also groom the Doc, Free Speech TV, Link, and NatGeo channels for documentaries to record. Streaming Netflix has provided a few gems, but more often than not I start a film and then stop and remove it from the queue, either because of poor visual quality or dull style or narrative. Similarly, HBO, Starz, etc. have always been disappointing in their offerings. Because Turner Classic Movies runs old films, especially noirs and melodramas, with excellent cinematography and because these can accumulate for free on the DVR and look good when played back on the HDTV, we’ve subscribed to the channel’s monthly guide and go over it for good choices to record. That becomes our household’s entertainment archive. 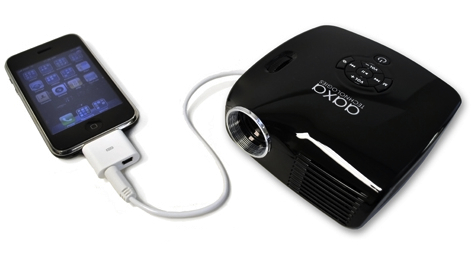 Flow readers are likely to become early adopters of some of these media platforms and have their own accounts of where the bottlenecks are. Outside the home, people of all ages also watch DVDs and TV or listen to music in the gym, on airplanes, or in the back seat of the van. A media user’s idiolect depends on age, situation, and financial circumstances, and each of us has degrees of interest and attentiveness that vary widely from moment to moment. I give this bit of media audio ethnography hopefully to encourage the spread of this kind of inquiry among ourselves, perhaps starting with the comments section. Building on such personal narratives and also economic and institutional analyses, media scholars then need to assess how these changes affect how we do research and how we teach.