Uncle Boonmee Who Can Recall His Past Lives,
and What We Know
Murray Pomerance / Ryerson University 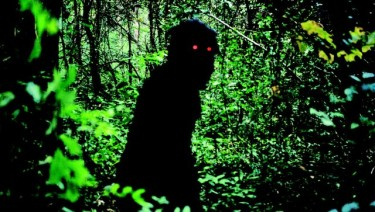 The presence of the past in a present that supersedes it but still lays claim to it: it is in this reconciliation that Jean Starobinski sees the essence of modernity.

Uncle Boonmee, slowly perishing of kidney failure, is in the Thai countryside being nursed by his sister, her son, and a Laotian day-worker. Slowly as his days go by, as he watches workers harvesting tamarinds and meditates on his life, he is visited by ghosts. His dead wife, who is as beautiful as the day she left this life; his son, who went off to the jungle and mated with a flying lemur, becoming in the process a lemur himself. He remembers an aging princess who is enchanted in a forest pool by a giant carp. Is this story important, should we be trying to piece it together? Does it make sense of some kind? One suspects that it might, but that in the end the sense is fruitless and hopeless, disconnected if not from the rationale of our world then from the essence of the world itself. We frequently watch Boonmee and his company at night, in darkness, at twilight, in the forest greenness, when the light is weak, when light is gone, in a cave, in the forest greenness, at his bedside, in the forest greenness speckled with the ruby red eyes of lemurs watching. The film begins with a water buffalo who tears away his rope and wanders through the bamboo forest, groaning, belching, mawing, groaning, pacing, waiting, listening, watching, listening, pacing, listening, groaning. This sequence with the water buffalo, that is colored blue, is shot at length, perhaps five minutes, and the buffalo ceases to be a perfunctory part of the surround and is transmogrified into a soul. “Ghosts,” Boonmee’s wife Huan tells him, “are not attached to places, but to people.”

I could describe Apichatpong Weerasethakul’s sense of what a shot should look like. Educated at the Art Institute of Chicago, he knows form, and he knows something American culture could not have taught him, even in a highly rated academic program, namely peace of mind. He is not a filmmaker who feels the need to make things happen, or to move his camera, or to stop from resting upon a subject. Boonmee at his table eating cooked vegetables, Boonmee watching a dog among the tamarind trees, Boonmee lying in a cave as the last moments of his life flow out of him, all these are matter of fact. And matter of fact, too, is the presence of life all around him, the forest full of lemurs, the empty space at the table where Huan will appear, the water buffalo, the carp, the princess. What happens to the water buffalo? It groans and walks, it paces, it waits, it listens. A herder comes and reattaches a rope and leads it away, and it paces after him, obediently, fatally. This is not drama, this is film. What happens to the ghost, Huan? She sits in the cave with Boonmee, watching his ending as the sun fades, and reaches over him to detach his catheter. Urine trickles out of him like a dark little river upon the dry ancient stones, and we watch, and suddenly we notice that she is gone. Simple. 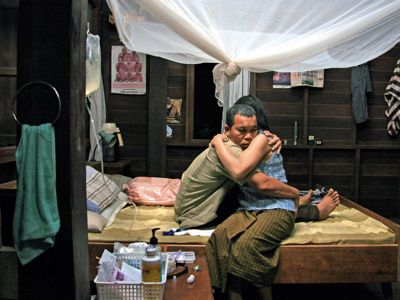 Boonmee himself is a reincarnation. He was other, once. Many times. To recall a past life is not only, perhaps not even, to remember, but to invoke again, to summon, to bring forth, to make appear, just as a filmmaker does. The past lives all around suggest in a fertile, troubling way the condition of a world which is all spirit, all things that were alive once and that have returned. All animals are spirits that became the people we are. Or another way to see this: there is nothing in the world but spirit, here, there, everywhere. All of what Boonmee sees is himself, of course: the Boonmee that was. He was his wife, he was his son, he was his princess, he was his water buffalo, he was the lemur in the forest. Can it be that we are capable of seeing—with our vast technology and hyperstimulated imaginations—only what was once ourselves, only what we have survived? 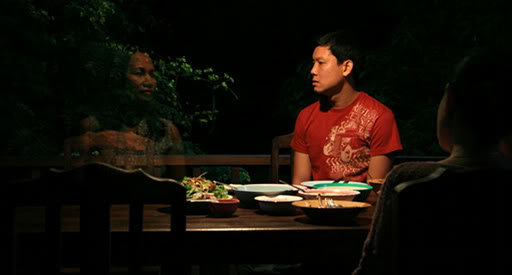 The sister’s nephew has also been participating, and finally we discover that he has entered a monastery. He is clothed in saffron. One night, unable to sleep in the company of the sacred, he sneaks away and shows up at his aunt’s tiny apartment. He wants to stay there. She protests. But he insists, and asks to take a shower. We watch him enter the bare bathroom. Harsh blue-white light bathes unpainted walls. He is undressing. The vivid saffron robes are coming away from the tawny flesh. It is amazing how many parts there are to the monk’s robe, how long it takes him to remove it all. Sheaths of saffron cotton, folded upon the skin in a particular way. He turns on the water and steps into the even harsher light of the stall. We continue to watch as he washes himself. Are we watching ourselves?

At this moment in the film, a little stunned by the young man’s nakedness being held so long on the screen, I turned in the vast theater where I was watching this splendid film, turned into the holy darkness, and yes, there were the hundred eyes, their whites gleaming and twitching with reflected screen light. They were mesmerized by the young monk in the shower, watching his every gesture, watching wash his arms, his torso, his groin.

In the green forest, at night, in the green shadows, the dozen glowing ruby eyes were ours, too.

The monk emerges, dries himself off, slowly dons a pair of shorts, then blue jeans, a t-shirt, some faded sneakers. “Let’s eat.”

What we watch onscreen is all ghosts, too, attached not to the movie theater but to us. We are also able to recall our past lives, by opening our eyes in the darkness.