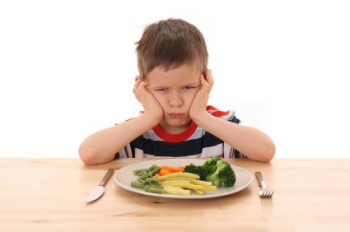 Broccoli-flavored brownies would have gone over much better.

My parents used old school tactics to get me to eat my vegetables when I was a child. I was told that dessert happened only once my plate was clean, I was told that vegetables were delicious and good for me, and I was told that poor kids elsewhere in the world were not as fortunate as I was to have such a large and nutritious meal. The tactics were based on facts and truth, and the tactics worked. But as basic as the “eat your vegetables” rule is, it apparently no longer works on today’s kids. Today’s media landscape is full of books and programming and advertisements describing covert tactics for getting good food into children, and the whole practice has bigger implications for Americans’ long-term health.

In 2007, Missy Chase Lapine published a cookbook called The Sneaky Chef: Simple Strategies for Hiding Healthy Foods in Kids’ Favorite Meals. That same year, Jessica Seinfeld published Deceptively Delicious: Simple Secrets to Get Your Kids Eating Good Food, which was controversial in its own right because many of Seinfeld’s recipes seemed to be direct rip-offs of Lapine’s. In any event, both books were best sellers in 2007, Seinfeld’s helped in part by a blessing from Oprah. The books feature kid-friendly recipes reworked with various vegetable and fruit purees, such as brownies made with pureed spinach. Yes, spinach. 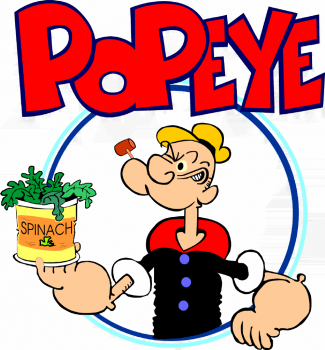 The message used to be pretty direct: eat your spinach or you’ll be wimpy.

In addition to Seinfeld and Lapine’s squabble over copyright claims, critics of the books found many things wrong with the recipes. Critics pointed out that the recipes didn’t really contain substantial servings of vegetables, and that the cooking and processing of the vegetables in order to work them into the recipes depleted nutrients. Critics also noted that the recipes were time-consuming and unrealistic for busy parents. A lot of the recipes were just plain gross, too, with unappealing tastes, colors, and textures. Another common critique of the clandestine veggies trend was that being “deceptive” or “sneaky” with children about what they eat could lead to long-term mistrust, and that the practice basically condones lying. But the most serious complaint about the books was that serving vegetables in the form of cookies, brownies, and chicken nuggets both sends “the wrong message that sweets and starches are good for them” and discourages kids from ever learning to enjoy vegetables because of the “invisibility of vegetables in their own recognizable forms” in the recipes1.

The vegetable cover-up has now moved from books to television commercials, as giant packaged food manufacturers have begun to mass produce (junk) foods along with messages that children need trickery. Chef Boyardee’s latest commercials for its canned pasta products include the tagline “Obviously delicious. Secretly nutritious,” again trading on the language of deception. In one ad, the father tries to inform his son that the ravioli he’s eating contains a full serving of vegetables, but before he can fully utter the word “vegetables,” he’s drowned out by the mother intentionally running the garbage disposal and banging pots and pans. She struggles to hide the truth from her son, as if even the word “vegetable” will repulse him. In another commercial in the Chef Boyardee series, the same mother and son stop to enjoy a ravioli sample in a grocery store. But again, before the saleswoman can mention the word “vegetable,” the mother interrupts her and eventually rams her shopping cart into a large stack of cans.

I am unconvinced that Chef Boyardee’s canned ravioli is all that “nutritious”—because, well, it isn’t — and I’m unconvinced that hawking canned pasta is truly the best way to get kids to eat their vegetables. Not only do commercials like these deceive children and train children to see junk food as nutritious, but the commercials fuse these messages with a consumerist message. Because being a sneaky chef at home is too time consuming and expensive, mass produced goods are capitalizing on the trend by selling convenience and affordability as well. The message to children and parents in the past few years has morphed from “make delicious homemade meals with vegetables hidden in them” to “buy a can of pre-made food with vegetables hidden in them and heat it up in minutes.” Though unsurprising, it is a problematic shift, because while the concept of hiding vegetables in “kid-friendly” food is questionable, at least parents were actually cooking at home, using real produce and carefully monitoring what went into a dish. Mass produced foods, as authors such as Michael Pollan and documentaries such as King Corn and Food, Inc. have noted, are packed with sugars and fats, made in sometimes unsafe environments, and are making Americans fatter and sicker.

Adults are also being targeted by ads for supposedly nutritious packaged foods, but the messages in these cases focus on convenience rather than deception. Since adults should already know healthy eating habits, these commercials sell the idea that eating healthy is a chore. Fruit2day, a juice drink new to the U.S. that contains bits of fruit, is certainly on the healthier side of juice drinks , but the commercials portray women struggling with eating messy, bruised, and moldy fruit in the course of busy workdays. Is eating fruit really that much of a burden? The same goes for drinking water Whole new industries have been carved out in the past few years just to make water palatable to a generation of young adults who chugged soda and Kool-Aid as kids. Crystal Light, Propel, SoBe Lifewater—all are products bent on pulling adults into a consumerist mindset about even the most basic task of hydrating. 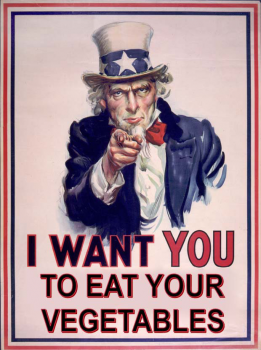 The common thread here is that advertising messages are no longer trying to convince us that we need to consume to attain luxurious, comfortable lifestyles. Rather, we are being duped into thinking the basics of human existence—fruits, vegetables, water—are, in their raw, un-processed, visible forms, 1) undesirable, 2) inconvenient, and 3) in need of a makeover. This will have a big impact down the road on American health in general. As we vilify McDonald’s for selling children fatty, sugary foods, we blindly accept that these fast foods are the ideals for children, so long as we can sneak in a spoonful of spinach puree. As we shun soft drinks as adults, consciously trying to become healthier and drink more water, we reach for flavorings (often with chemicals) to help the water go down. Media’s role in selling us unhealthy habits has not changed. But we have learned to justify today’s deception because media trade in the healthy buzzwords we want to hear. In the process, though, we continue to allow junk food peddlers to set us up for making bad decisions in our lives. Perhaps we need a return to the old school tactics to make our kids (and ourselves) eat well: make the brownies come after the spinach, remember that basic nutrition is good for the body, and think about those less fortunate who don’t have the luxury of hiding vegetables conveniently in a can from the supermarket.

1. Broccoli-flavored brownies would have gone over much better.
2. The message used to be pretty direct: eat your spinach or you’ll be wimpy.
3. Uncle Sam