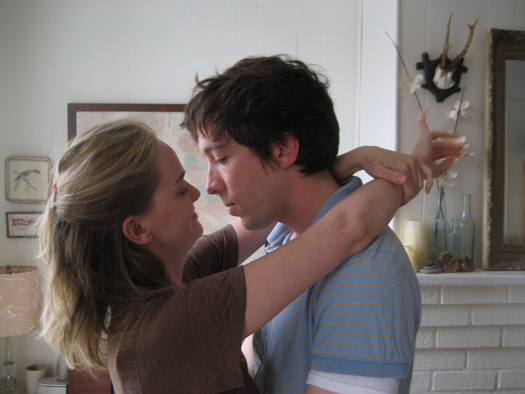 Jess Weixler and Justin Rice in Alexander the Last

In 2009, Joe Swanberg’s Alexander the Last premiered at the South by Southwest Film Festival. But the night before it screened at SXSW, it debuted on the Independent Film Channel’s IFC in Theaters, a movies-on-demand channel that’s available in 55 million American homes through which viewers can purchase and stream movies that are currently playing festivals or are in limited theatrical release. Additionally, they also have FestivalDirect, which plays six films a month IFC Films has picked up from festivals. It’s available in upwards of 37 million American households.1 Whereas Steven Soderbergh’s much ballyhooed 2005 day and date release of Bubble caused much handwringing about the future of films in Hollywood, IFC’s ventures are barely creating a ripple of protest, perhaps in part because more often than not the films they’re featuring never really had a chance for wide theatrical distribution anyway. Neither did Bubble for that matter; I would argue that it was only because it was made by Steven Soderbergh that it caused concern—had the movie been made by Joe Blow (or Swanberg, as the case may be), no one would have batted an eye as it wouldn’t have been seen as a threat to the status quo, even if the status quo was and is in need of a good shot in the arm. It’s also no surprise that it’s Next Wave filmmakers who are so keen to explore new opportunities such as this to get their work seen. Frustrated by how difficult the mainstream cinema is to break into, they’re creating a system of their own. As for Alexander the Last’s simultaneous multi-platform release, Swanberg himself summed it up nicely when he said “‘I feel like this is a watershed moment. The promise of the digital revolution, this democratization of movies, is now really happening’”.2 And in a neat case of reverse osmosis, some of what Next Wavers are doing is actually trickling back upstream; when Soderbergh’s Che failed to get a mainstream distribution deal in the States, he opted to show it on demand through IFC Films’ networks. And in a testament to how far we’ve come in such a short period of time, Hollywood didn’t raise on eyebrow. 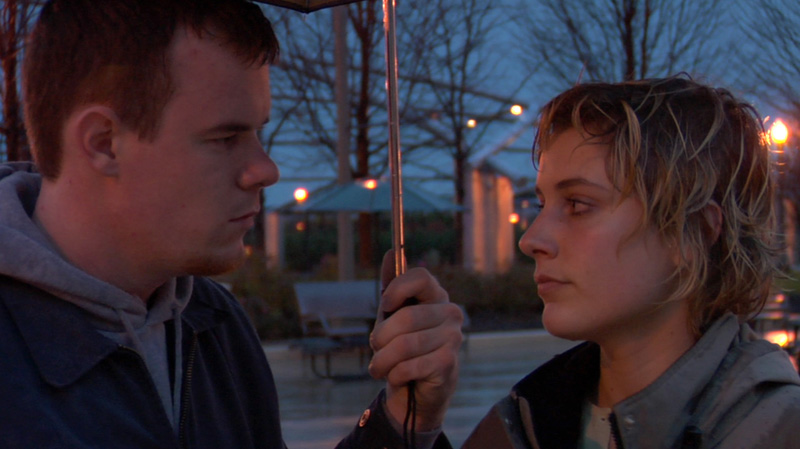 Joe Swanberg and Greta Gerwig in Nights and Weekends

Next Wave filmmakers are at the forefront of a flourishing movement and for better or worse, Hollywood has noticed. After all, as derided as the so-called “mumblecore” filmmakers (“a/k/a Generation DIY, a/k/a Cine Slackavetes, a/k/a MySpace Neorealism”) have been in some quarters, the fact remains that some of them are incredibly talented and to be able to make the waves in the industry they have sans any money whatsoever is nothing short of phenomenal.3 And as Andrew O’Hehir cynically notes, “Under capitalism, of course, there is no such thing as a revolution too strident (or too warm and fuzzy) to be turned into a commodity.” Accordingly, with Next Wave stalwarts like the Duplass Brothers and Greta Gerwig making the jump into the realm of multi-million dollar studio filmmaking there are ostensibly reasons for believers in indie cinema to be concerned about the seemingly inevitable accompanying loss of purity Hollywood affiliation will bring. But there’s also reason to believe that Hollywood is looking to the Next Wave not just for new talent, but for production inspiration as well. 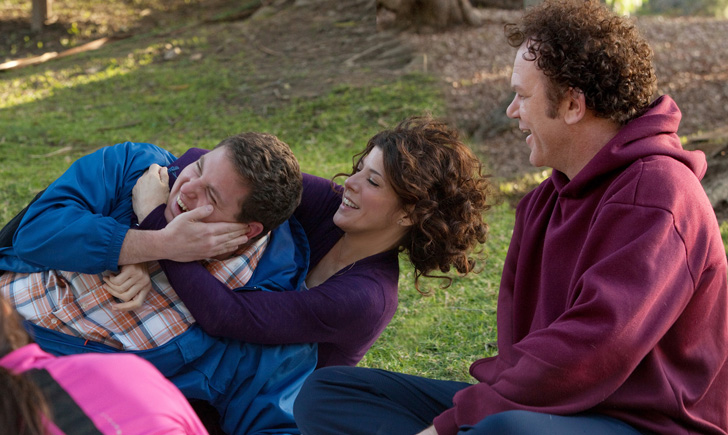 When Paramount folded its specialty arm, Paramount Vantage, into the parent company, indie filmmakers lamented the loss of yet another distribution avenue; they retained the brand, but Paramount had taken Paramount Vantage mainstream. And then something potentially magical happened. In the spring of 2010 Paramount announced its reentry into indie film production, only this time their business plan owed a lot more to Next Wave filmmaking than it did to the traditional way that studio specialty arms operate. Rather than scouring the festival circuit for acquisitions, Paramount’s proposed new company, Insurge Pictures, will instead fund 10 movies a year at approximately $100,000 each. As John Horn notes, other companies have tried to create lower budget film divisions, such as 20th Century Fox’s Fox Atomic and Universal Studios’ Rogue Pictures, now owned by Relativity Media.4 But Insurge is the first time a major has tried its hand at truly micro-budget filmmaking. As Adam Goldman, president of Paramount’s film group, says about Insurge, “I feel very strongly we need to be contrary in our thinking . . . everybody has the ability to create content now”.5

Not surprisingly, the new studio is slated to be helmed by Amy Powell, who played a big part in shepherding Paramount’s $15,000 Paranormal Activity (2007 Peli) to the biggest return on the dollar in the history of Hollywood.6 As Patrick Goldsmith blogs in the LA Times:

It’s a fascinating, potentially game-changing concept, since it’s a wonderful way for studios to replenish the pipeline with new ideas, but ideas that can be executed on a cheap budget . . . .

But, of course, there are drawbacks. Studios are notoriously control-freak-style institutions. So will Paramount executives really be able to keep their mitts off these projects and refrain from trying to buff away all the rough edges? Can the studio execs refrain from giving the kind of soul-killing notes . . . that have been endlessly parodied by every writer who’s ever spent more than a weekend doing a studio rewrite?

And since it’s really, really tough to make a $100,000 movie while honoring commitments to SAG, the DGA and other unions, how will Paramount bankroll movies that presumably skirt union work rules and minimum compensation?

Despite the obvious risks, whatever happens with Insurge it’s still a sign of what’s to come next. Hollywood, always the last to realize that change is already here, is finally realizing that their output doesn’t all have to be the sturm und drang of tent-pole franchise films. As Powell herself said in her initial press statement, “Aren’t you tired of being fed the same movies wrapped in different paper? We want to find and distribute crazy, unpredictable, and hopefully awesome movies – movies that make you want to line up to see at your local theater with all your friends (and us). Movies that a big studio would never release because they’re too risky, too silly, and they don’t star Sandra Bullock”.7

There’s a whole generation of folks for whom shaky cams and lo-fi production values are perfectly acceptable and as the industry bifurcates towards a high and low end, mid-priced level films are what’s likely going to get caught in the crunch, too expensive to make back the returns that would justify their production costs. But in addition to an emerging audience that doesn’t mind watching films that don’t look like Hollywood’s high-end products, there’s also a Next Wave of filmmakers that is happy to eschew big budget filmmaking in order to focus on much smaller more resonantly personal narratives. Here’s hoping that in the digital future there’s room for them alongside their more bombastic Hollywood siblings.

*This essay stems from a chapter on Next Wave filmmaking that will appear in American Film in the Digital Age, forthcoming from Praeger Press in November of 2010. http://www.praeger.com/catalog/C9862.aspx