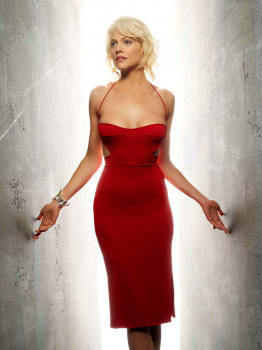 In a recent interview Canadian actor Jay Baruchel (How to Train Your Dragon, She’s Out of My League, and the short-lived Judd Apatow series Undeclared) referred to himself and fellow expats Michael Cera and Seth Rogen as members of the Third Wave of the “Canadian Conspiracy.”

Surely, he was joking, right?

Before we call Glenn Beck, Baruchel was actually referring to the 1985 HBO-CBC mockumentary entitled “The Canadian Conspiracy.” The piece, written by ex-SCTV alums, and directed by Robert Boyd, proposes that there was a plot by the Canadian government to deliberately take over the U.S. by infiltrating Hollywood.

The “doc” goes so far as to assert that as far back as the silent era, Canadians in Hollywood (early silent film director Mack Sennett and one of America’s original sweethearts, Mary Pickford) laid the ground for future Canadians, Leslie Nielsen (whose brother is a member of Canadian parliament) and SNL‘s Lorne Michaels to take over.

Like all good jokes, the idea contains a kernel of truth. The metaphor of “The Canadian Conspiracy” explains, in part, Canada’s sizable role in cultivating and exporting talent to Hollywood. However, as as many of the “conspirators” in the movie are pretty dated (Anne Murray, Alan Thicke, John Candy, Margot Kidder and Lorne Greene) maybe there is something worth looking at in Baruchel’s “Third Wave” and how it might differ from the earlier version of the evil plot. 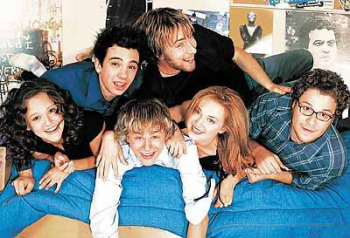 Perhaps by considering the realities of the mass migration of Canadian talent to the US, we can also analyze the minor dominance of global performers within the contemporary entertainment industry.

As scholars and critics on the Humanities side of things, we rarely have the opportunity to come up with grandiose theoretical laws like those in sciences. In the spirit of remedy, I offer Tait’s 1/5 rule.

Tait’s rule denotes the visible, yet hidden dominance of Canadian actors in American TV shows. Though this ratio generally differs from show to show, my guideline here is that almost every American show – from Sex in the City to Lost to Grey’s Anatomy has at least one Canadian in the principal cast (thus making the ratio equal 1/5th). 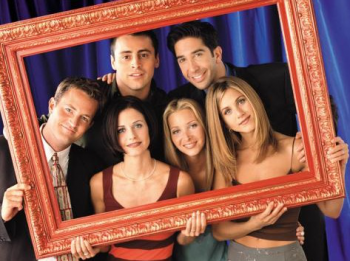 Tait’s 1/5th rule also means it is impossible to filp through channels today without encountering at least one Canadian in an American show, whether this is William Shatner, Glee’s Cory Monteith (Finn) and Jessalynn Gilsig (Terri), True Blood’s Anna Paquin, Fringe’s Joshua Jackson. Nor, for that matter, can we escape seeing Evangeline Lilly’s (of Lost fame) beautiful Canadian hair. 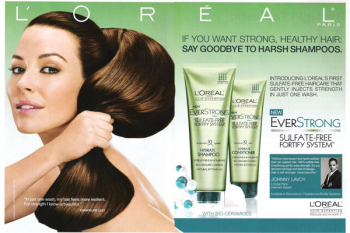 This is not to mention the recurring character actors and extras who populate the backgrounds of almost every sci-fi show currently on TV. Since the days ofThe X-Files Vancouver has become a mecca for shooting Sci Fi (or SyFy, if you prefer). It has stood stood in for Smallville, Caprica, that place where Warehouse 13 is and where the many Stargates are. Its forests and lakes are often the sets which house anything from aliens to demons, as well as the myriad Canadian background players who move from show to show. 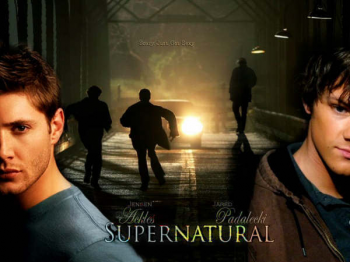 A quintessential Vancouver setting, whether fighting demons or not

The idea of a “Canadian Conspiracy” is useful insofar as it indicates the contemporary state of global flows of multinational labor, which Canadians refer to as “the brain drain.” In this sense, it seems that the goal of every Canadian actor is to land an American series, thus impoverishing the indigenous production base. On the other hand, it reveals the over-reliance of American television and movie industries on runaway production, to the point where Toronto and Vancouver have collectively come to be known as “Hollywood North.”

One other way of looking at this would be to argue that as opposed to traditional theories of cultural dominance, Canadian representation (whether of landscape or talent) reveals possible alternative reading strategies from the Canadian perspective against a dominant, hegemonic interpretation.

Two examples of this oppositional (Canadian) reading strategies could come by considering 24 and Battlestar Galactica, two programs that lend themselves to conspiratorial thinking, as well revealing the dominance of Canadian casts within them.

Instead of reading them as post-9/11 allegories (as some critics have suggested) and Jack Bauer as the ultimate advocate for torture, such a position would ask whether Kiefer Sutherland’s Canadian nationality (and his legacy as the grandson of the guy who brought universal healthcare to Canada) – changes the presumed meaning of the show. 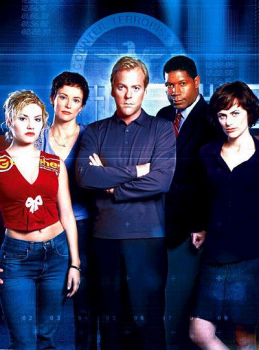 As for Battlestar Galactica, it is definitely worth asking how the show’s central metaphor — that there are robots who are virtually indistinguishable from humans and who seek to dominate a population by blending in — might serve as further fodder for a unified theory of Canadian entertainment labor.

That six of the nine actors playing cylons are actually Canadian is too rich a coincidence to pass up looking into, particularly as their role within the show (and in American television more generally) is to pass as “American” or in this case, as “human.”

Which brings me back to the idea of the Canadian conspiracy’s “Third Wave.” Not only does this new breed seem to self-identify as inherently patriotic, but the roles that they portray (such as Rogen’s turn in Knocked Up, or Cobie Smuthers’ role as the hockey loving Robin “Sparkles” in How I Met Your Mother) might speak to a new, globalized interpretation that recognizes the presence of a Canadian diaspora, if only as the butt of jokes.

Twenty-five years later, it seems like the Canadian Conspiracy, like the cylon invasion, is all going according to plan.