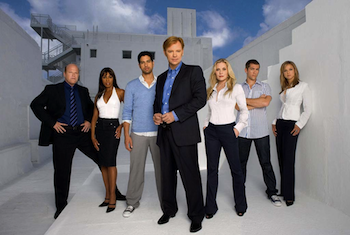 Perhaps most thoroughly parodied in Team America:World Police‘s “Montage,” the most ubiquitous film and television cliché today is the musical montage. As the Team America parody illustrates nicely, this film and television trope is defined primarily through music: a single song or piece of music unifies the action, temporal condensation or ellipses that tend to characterize the montage. But for all of the clichéd markers of the montage, we should not take such a dominant trope in contemporary television too lightly. As Slavoj Zizek notes, clichés are powerful because they contain some element of truth. If we consider the prevalence of the montage in television today, it becomes clear that the musical montage invites serious consideration, especially as a musical moment. From the “anger” montage, to the “hard work” or “love” montage (see the website TV Tropes for a listing of over 40 kinds of montage), music is what unifies and carries the montage sequence: it is what defines the edited sequence as montage and not just a random grouping of shots or events. In this column I want to focus on a particular form of the musical montage that falls within the TV trope category of “hard work” that is a characteristic feature of any number of forensically based TV series such as NCIS, Criminal Minds or House (a forensic show on the living), but is especially prominent in the most successful forensic series in television history — the CSI franchise.

Mystifying, condensing and rendering action-packed the most mundane and sometimes painstaking acts of labour, the “hard work” montage turns banal, everyday action into sensationalized, abstracted and kinetically charged musical moments. Using popular music of different forms, this kind of montage is frequently an attempt to legitimize or authenticate the action, a key aspect of the so-called CSI effect that is theorized as a social phenomenon stemming from the popularity of the franchise. It is also key in what is frequently seen to be a fetishizing of technology in the show. For instance, in a 2007 article for FLOW, Rochelle Rodrigo discussed technofetishization in CSI and noted the role of techno and rock music in creating the fetishizing effects of the show.

Defined less in terms of its editing patterns (montage) than the characteristic use of music, the “hard work montages” in CSI are distinct from many television montage tropes insofar as they highlight work itself as the important action. At their most basic, technology or process montages in CSI are fairly brief sequences of moderately elliptical editing accompanied by music. The action is fragmented into extremely brief shots of decontextualized movement: hands shaking beakers, the use of a dropper, the placement of a slide. The music becomes the action as the shots themselves convey very little in terms of narration, thematic exploration, character development or affective engagement. Often paired with experimental editing patterns (split screens) or stylistically enhanced cinematography, the music turns a collection of fragmented images into an impression of cohesive action defined as work.

As this brief description suggests, the CSI work montage is a well defined form and the music for these montages tends to function across the series in fairly consistent ways, even though each CSI (Las Vegas, Miami, New York) has a unique musical style and a separate composer: John M. Keane, Graeme Revell/ Jeff Cardoni, Bill Brown. Across all these series, the process montage dominates as does the overall presence of music. And yet, it is important to note that this prominent place of music as a unifying force is not restricted to these technological sequences, but rather defines the franchise as a whole: Bill Brown and Jeff Cardoni both estimate that each episode requires a massive 30 minutes of music. With soundtrack sales as well as fan, forum and downloading sites devoted to the discussion and distribution of music that is heard on the three CSI series, it is clear that music plays a key role in the franchise’s ongoing popularity.

Indeed, although formally conventionalized in terms of usage, music in CSI includes a multitude of musical paradigms: opening title credits and music cues before commercials; diegetic or background music played low during dialogue or action focused sequences; process montages at crime scene or laboratory; accompanying music for effects or hypothetical dramatizations; musical interludes during emotionally focused, usually concluding, montages. In fact, if we look at music sequences in the CSI franchise, it becomes clear that the music montage is not a singular or even fully identifiable sequence, trope or cliché. In addition to the fact that each series in the franchise has its own composer, the music of any single episode reveals great variety. Ranging from score to popular song, from upbeat and techno to melodic and lyrical and from brief cue to entire song, the music is varied in tone, character and instrumentation. The presence of the music is equally diverse as it operates as background and foreground throughout a number of visual moments: even if we restrict these moments to montage sequences, we note that these sequences are difficult to define in a coherent way as they include crime scene, laboratory, action sequence and concluding montages. Other than the separation from dialogue driven moments in the show, the music montage is less a separate form than a pervasive technique that weaves in and out of the show’s more dialogue driven sequences.

While it might be too harsh to say that the entire show is made up of a series of clichés (see the YouTube photomontage of David Caruso’s sunglass moments as well as parodies of the show by The Simpsons, MADtv, Saturday Night Live or Jim Carrey), it is clear that the musical montage does not hold an exceptional place in terms of heavily formalized and conventionalized CSI moments. In fact, in some ways the music might be among the most varied stylistic elements of the franchise. If we take the CSI “hard work” montages as an illustration of one form of montage, we realize the variety across a single franchise, series, season or episode as well the lack of definitive separation from the stylistic and formal conventions of the series’ non-montage based moments. Well-defined enough to be easily recognized in any parody, the musical montage proves to be a multidimensional trope that is difficult to define with any certainty even within the highly conventionalized format of a franchised forensic series.