Thank You for Not Answering All of My Questions
Ann Johnson / Cal State University, Long Beach 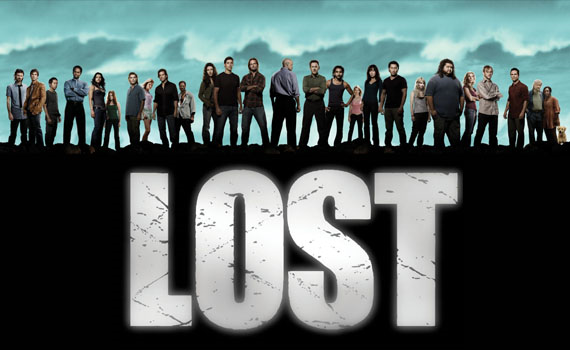 The entire cast of the final season of Lost

I watched Lost from the pilot to the finale, all 121 episodes across 6 seasons. I was a loyal viewer, but not always a fanatic. I listened patiently to everyone’s theories, sometimes giving my own. Now that Lost has come to an end and the writers have given us all the answers they ever will, I would like to examine how the series negotiated the need to maintain mystery while moving towards narrative resolution.

I agree with Flow columnist Michael Kackman’s assessment of the praise scholars have given Lost.1 Kackman argues that media scholars have labeled Lost, along with other programs, as “quality television,” when those programs sometimes vary little from genres considered lesser quality. I particularly appreciated the example he used for Lost, that of melodrama. As a fan, I always hoped that the next character to be killed off would be James Ford, aka Sawyer, the brooding, Fabio-esque, bad-boy archetype. As a feminist critic, I worried that the writers would take the path of a “thrill of the chase” narrative, popularized in Taming of the Shrew.2 Who was going to tame Kate? Did we really need the polar bear cage sex scene? But I also witnessed several friends, all intelligent and thoughtful people, genuinely moved by the romantic stories, particularly the separation and reunion of Sun and Jin. 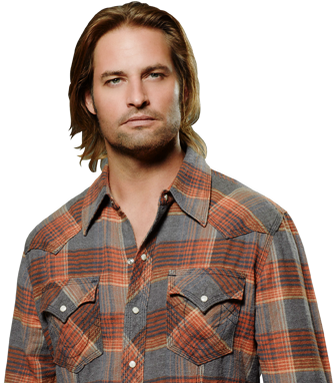 Even if you don’t accept that Lost deserved all its critical acclaim, it was certainly successful as measured by ratings and delivering a desirable demographic. Lost carefully managed a flow of information in a way that sustained mystery without frustrating the audience so much that they abandoned the program. The narrative was epic, presented out of sequence, and from the perspective of the characters who knew the least. Lost also sustained this mystery by using some tried-and-true techniques shared by other television programs, including promising that the end is already written, never showing characters explaining what they know to each other, and giving more information than answers.

The promise of an ending is relatively new in television, though common in just about every other medium used to convey narratives. According to Mittell, it wasn’t until the 1990s that television series began to employ complex narratives that spanned multiple episodes.3 Most examples of this type of programming are structured around season long narratives. 24 typifies this, as a 24 episode season tells one story. Another successful type of television using this narrative structure is reality programming, which sustains ratings by promising a meaningful finale. Viewers know that at the end of the season, there will be one bachelorette, one survivor, or one idol. Even though the method of receiving the answers differs (scripted vs. what passes for unscripted), the urge to continue viewing comes from the promise of an ending. As that end approaches, casual viewers can join the dedicated fans to see how it all turns out.

But Lost did really step it up by delaying narrative closure for 6 seasons, 121 episodes. Initially planned as 12 episodes, strong ratings soon warranted a longer run. Soon David Lindelof and Carlton Cuse became the public face of the writing and production team, giving regular interviews to talk about the writing process. They assured viewers that each element introduced into the story was part of the bigger story that had already been broadly sketched out.

If viewers accepted this as true, they were more likely to stick with the series to the end. Some viewers came to believe that the writers really were making it up as they went along, and ratings did dip at the start of season 4 before recovering slightly for the final season.4 These viewers were bothered by what appeared to be more questions and no answers. They had lost their faith that it was going anywhere. But Lindelof and Cuse kept up their public appearances, publicizing the fact that Lost now had an end date set, helping the show hold on to an average of 12.26 million viewers through the final season.

Perhaps the melodrama also helped sustain ratings. My friend who enjoyed the romantic plots would sometimes miss episodes and not bother to view them later if they didn’t feature her favorite characters—unthinkable to most Lost fans. Because she didn’t care much about island mythology, a missed episode didn’t prevent her from watching future episodes. She didn’t have to worry about staying caught up.

The mystery of the program was also sustained through poor communication among characters. In this respect, Lost borrowed much from the X-Files. I recall numerous X-Files episodes in which special agent Mulder or Scully would receive some key piece of information, usually over the phone, and not share it with the audience. Instead, the characters would just look at each other for a long time or say something cryptic. Then everyone would then rush to the scene of the climax where the audience would be kept in the dark as long as possible.

Some celebrate this technique as employed in Lost because it invites the audience to conduct the discussion among themselves. Active viewing is always nice. But the lack of communication among characters also prolongs and enhances the mystery. Why aren’t they talking to each other? Better keep watching to find out.

As the end approached, some answers were provided, but audiences may have become too skeptical to accept them. With notorious liars like Ben Linus and a smoke monster posing as John Locke, why would audiences believe anything they were told? Toward the end, my friends and I were convinced that there were multiple smoke monsters and that any statement to the contrary made by a character was evidence that they too might be a smoke monster. All the while, our questions were being answered, but we just didn’t want to hear.

I feel that the series finale did the best that it could. I think they made the right choice to provide few answers. The events we saw were the product of electromagnetism, time travel, reanimation of dead people, a battle between good and evil, and a struggle between fate and freewill. When it is painted that broadly, I can suspend disbelief enough to enjoy the story. Audiences may desire greater specificity, but receiving it would likely be unsatisfactory and constrain the active audience. Consider the moment from season 6, episode 12, titled “Everyone Loves Hugo.” Michael, long dead, appears to Hurley amid the mysterious whispers viewers have heard since the pilot:

HURLEY: You’re stuck on the Island aren’t you?
MICHAEL: [nodding] ‘Cause of what I did.
HURLEY: And…there are others out here like you, aren’t there? That’s what the whispers are?
MICHAEL: Yeah. We’re the ones who can’t move on.

For me, this answer was too simple and unsatisfying. It was just lost souls? What about all the websites where people tried to figure out what the whispers were saying? In my mind, there was so much more going on. From that moment on, I realized that I didn’t really want to better understand the connection between the electromagnetism and time travel or how the bright light turned the man in black into a smoke monster. Any definitive explanation would likely be as hokey as an episode of Kolchak: The Night Stalker. The series succeeded in keeping my attention for 121 episodes across 6 seasons, a feat far more impressive than explaining what that mysterious island was all about.