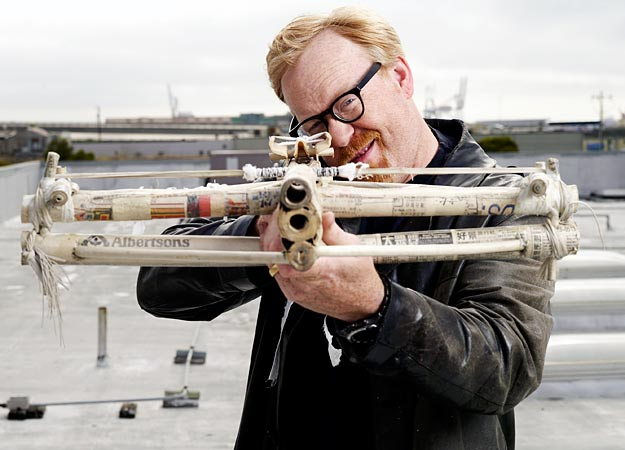 Legions of critics say television programming contains bad arguments. From TV pundits with their endless fallacies to the squandered opportunity of reality television to finally give the unadulterated facts, television is a realm of poor reasoning. The cause of this is well know—television is a business that requires audiences, audiences want to be entertained, and good reasoning is rarely entertaining. Fortunately, some television producers have faith in a public appetite for reason. Two successful programs stand out for having a premise based on reason: the Discovery Channel’s MythBusters and Showtime’s Bullshit.

MythBusters is the Discovery Channel’s hit series featuring five charismatic cast members who test myths. The program features myths related to the physical rather than social world, with a preference for myths that involve explosions, guns, fire, fast cars, and other entertaining spectacles. If a lighter makes it into the dryer, could it explode? Can you shoot a bullet down the barrel of another gun? 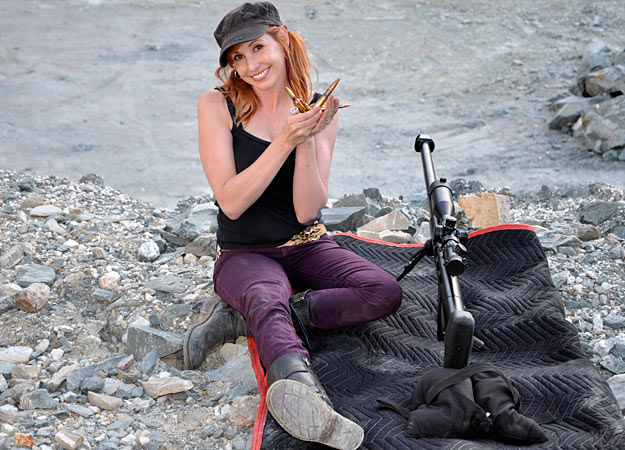 MythBusters is the best example of hypotheses testing I have ever seen on television. The writers and editors effectively present sound investigative methods using well paced narratives. Each one hour episode typically tests two myths or sets of myths. Primary hosts Adam Savage and Jamie Hyneman take one and the secondary crew Kari Byron, Tory Belleci, and Grant Imahara take the other. For each myth, the cast presents the myth and, through on-camera discussion, identifies exact criteria for evaluation. Then comes a research and design phase, which also introduces necessary scientific principles to the audience. The cast members test each myth in phases or in multiple conditions, which provides additional data while developing a suspenseful drama. The cast members present their conclusion in the final scene, declaring the myth busted, confirmed, or plausible.

The visibility of the science distinguishes MythBusters from other investigative programs. The show never relies on the authority of experts to answer questions. The audience sees the entire research process because the tedious part is compressed via fast-forward montages. Even if something isn’t shown, it is always explained. Making the research process visible potentially increases the audience’s confidence in the findings. In the face of recent anti-science sentiment in the U.S., I welcome this demonstration that scientists have a method and they aren’t just making things up.

The problem here is relevance. Few episodes address timely and significant questions of our time. Many of the myths come from movies or historical legends. The most useful thing about the show could be dispelling unnecessary fears. No, your lighter isn’t going to explode in the dryer. No, you can’t be killed by a soda cup thrown from a passing car. Everything is lighthearted and geeky, like friends debating the plausibility of stunts from their favorite film. To address myths that affect people’s lives, we have to turn to Bullshit.

Bullshit, now entering its eighth season, features the likeable duo Penn and Teller. As always in this duo’s act, Penn Jillette does the talking and it is his ideology that permeates the program. Jillette is a well known atheist1 and libertarian.2 The program identifies two forms of bullshit: false claims and things that are real but despicable. So, organic food is bullshit because it isn’t any safer or healthier than non-organic food. Big Brother is bullshit because we shouldn’t have to put up with it, as in “I’m sick of all this Big Brother bullshit!” Despite the casual nature of the title, the program does espouse a serious commitment to science and reason and they address many genuinely significant issues.

Bullshit does not examine exactly worded myths or hypotheses. Instead it addresses a topic and raises questions about it. They come to the program with a conclusion in hand and present support for it, leaving the audience no doubt about the outcome. Each episode is a series of claims and refutations. The claims come from dubious and sometimes simply inarticulate experts. Each claim is immediately refuted by opposing experts, pseudo-scientific experiments (which they openly admit are “non-scientific bullshit experiments”), or logical arguments explained by Jillette as he narrates the episode. This structure that has a few problems, which can be illustrated in the episode “Environmental Hysteria” (2003).

The episode cherry picks naive and uninformed environmentalists and anti-corporate activists. We meet Kate Lowe, an organizer from the Rainforest Action Network, who can’t answer basic questions about her organization or cause. We hear from Julia Butterfly Hill, the woman who lived for 2 years in a California redwood and claims the tree communicated with her. The bulk of the debunking comes in the form of de-contextualized fragments from an interview with environmental journalist Ross Gelbspan interspersed with on-point refutation by Patrick Moore, former president of Greenpeace who left the organization when he felt it was taken over by politicos, Bjorn Lomborg, author of the Skeptical Environmentalist, and Jerry Taylor of the Cato institute. The less than representative sample, roaming topic, and unfair editing suggest sophistry more than science.

A more accurate title for the program would be “Penn and Teller Make Fun of Charlatans” or maybe “Penn and Teller Preach to the Choir.” The tone of the program is caustic and mocking, which is only entertaining to those who already agree. I watched the episode “Organic Food” (2009) with a friend who has invested a lot of time and money buying organic food for his ailing mother believing this would benefit her health. While I found this episode to have some of the sounder reasoning to be found in the series, my friend was awash in cognitive dissonance and the vitriol of the program was no help. 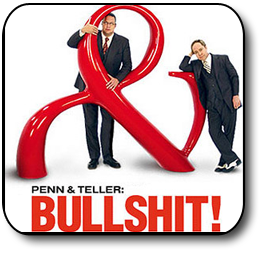 Penn and Teller, hosts of Bullshit

Some of this could be easily addressed if the producers wished. Rather than pitting expert vs. expert, the criteria for selecting experts could be introduced. Penn Jillette is not an environmental scientist and neither am I, but as rational people we can surely come up with a sound method for determining which environmental scientists we should listen to. Why did they pick Kate from the Rainforest Action Network and Jerry Taylor from the Cato institute? Making that method visible, as MythBusters does with its scientific method, would steer the program back towards good reasoning.

The best reasoning in the “Environmental Hysteria” episode comes as Jillette admits to cherry-picking examples but urges audience members to investigate causes and organizations before giving away their time and money. This message is repeated in the episode “Breast Hysteria,” which breaks a serious taboo by criticizing breast cancer fundraisers such as 5-K runs. Their argument? The events have high overhead and scatter small amounts of money to disconnected research efforts across the nation. Those are really good points and Bullshit should be commended for making them. Reminding audiences of the dangers of hysteria and panic does steer the conversation back toward good reasoning.

So, does the need to entertain undermine rational argument in these programs? In the case of MythBusters, no, but it does limit the range of topics which can be scrutinized using rational thought. For Bullshit, yes, the entertaining parts are often irrational and presented instead of, not along with, good arguments. But the longevity of these two programs demonstrates a public appetite for critical thought that is a cause for optimism.