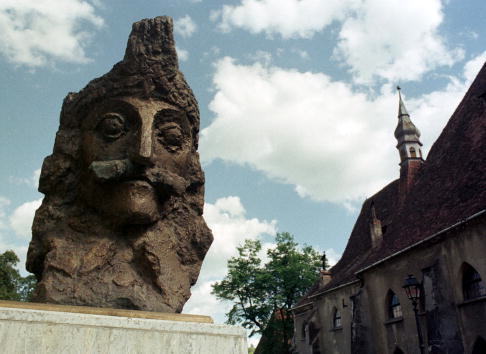 Romania struggles to rebrand itself

In our previous column, we considered recent American and British docu-fictional television programs and films that draw on Romania for caricatured images of the Cold War and have thus greatly hindered the country’s own rebranding efforts. In this follow-up article we show the other side: Romanian struggles to develop a successful destination brand emancipated from the legacies of Dracula and Ceausescu. Our larger purpose is to caution against the myth of neoliberal market rationality that underscores nation-branding experts’ narratives of progress and democratization. Our assumption remains that Romania’s story offers ample lessons beyond the case’s national specificities.

After the fall of communism, the Romanian state sponsored several large-scale campaigns promoting the country as a tourist destination. Aimed primarily at foreign tourists, the first significant series of advertisements aired on Euronews, Eurosport, Discovery, CNN, and BBC in the summer of 2004. Although professionally produced, they were criticized for having failed to distinguish Romania from other countries. One of the more memorable ads from the series relies on the repetition of syntactic similarities for rhetorical effect. It posits that even though many tourist attractions in Romania may appear ordinary, this is just a matter of perspective. Thus, what may seem at first sight as a “simple sculpture” is in fact “a Brancusi masterpiece.” What to outsiders appears as “a simple cross” is revealed to be part of the Merry Cemetery at Săpânţa, an attraction in Transylvania.

In 2009, controversial tourism minister Elena Udrea launched a much bolder campaign with a musical-viral-tactical “tourism anthem” that invited tourists to ”Come to Romania, The Land of Choice.”

The video’s unrealistic portrayal of the country drew heated debate about national identity and harsh criticism for Udrea. It also generated a series of viral response videos with titles such as “The Truth about Romania” and “We are the End of Choice,” which sarcastically foreground the dire conditions that the ad concealed about Romania. Veniti la Vara cind sintem plecati din tara,” (Come in the summertime, when we are abroad,” says one of the response videos, the implication being that Romanians themselves prefer to travel abroad because “it’s cheaper in Turkey, Greece and England.” The daily Cotidianul described the song as a “very bad joke.” “The real question,” the newspaper noted, “is what sense such a song can make for a sector that really deserves a requiem or a funeral march.”

In response, Udrea commissioned a new series of ads to run on CNN and Eurosport, which enlisted Romanian-born celebrities as ambassadors of Brand Romania. One of these spots challenges potential tourists to admit the surrealistic projections associated with Romania. It begins with the image of a happy bride in the company of four men dressed in suits. “This is Romania,” Nadia Comaneci playfully comments, “the only country where a woman has the right to marry four men at the same time!” “Discover Romania, the country where people are riding zebras,” urges Ilie Năstase. “Come to Romania and test the fish fruit!” Gheorghe Hagi concludes, leaving us with the image of a tree full of hanging fish while a voiceover says: “You know nothing about Romania, do you? It’s time to come and discover it. Real Sites. Real Experiences. Real People.”

Statistics reveal that these ads have been ineffective at attracting tourists. Despite the two million Euros used for the Land of Choice campaign, the number of tourists in Romanian hotels decreased by 21.9 % in 2009. Newspaper articles with headlines such as “Romanian Tourism in Free Fall” and “Romania, the European Country with the Lowest Number of Foreign Tourists,” reported a shrinking number of foreign visitors. In other words, the state’s attempts to divert its rebranding strategy away from the “Draculescu” legacy have failed so far. Foreign marketing experts, and even some critical scholars, tend to blame the strategy itself. Geographer Duncan Light, noting Western visitors’ stubborn interest in the “old” Romania, laments that there is little desire to exploit the commercial potential for dark tourism represented by the communist period. Embracing this potential, he claims, would be an important yardstick of the country’s progress and maturity as a postcommunist democracy.

Simon Anholt, the high guru of place branding, insists that nation branding is an ethically neutral tool, which countries must employ proactively to defend themselves against the trivializing tendency of international public opinion, to ensure that public opinion is as “fair, accurate and positive” as it possibly can be. Much like the docu-fictional media representations we analyzed earlier, such a gesture necessitates erasing the violent history of Eastern Europe’s colonial dependence on the West and Western Europe’s continued economic and political interest in sustaining a two-tiered Europe. It conjures up a blank slate on which to re-draw nations as corporations engaged in friendly competition, rather than bloody war, channeling their citizens’ love of brands instead of irrational hatred of others. For states not to “choose” the glorious opportunity to start over amounts to irrational and indefensible wallowing in traumas of the past. 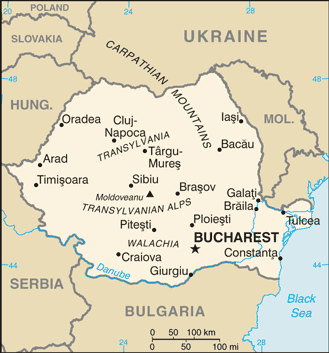 As we showed, for the Romanian state, let alone the actual citizens, constructing a “fair, accurate and positive” brand is hindered not only by Western investment in the dictator and the vampire but also by citizens’ own skepticism about upgrading the nation’s brand. While the state has followed rational marketing recipes in reinventing itself as a desirable destination for rural tourism, for foreign visitors Romania has come to function as one of the last authentic destinations of dark tourism, unlike Budapest or Prague, shinier places that have more confidently erased their communist past. Ceausescu’s monstrous monument, the People’s Palace, continues to be the most visited tourist site in Romania, despite post-socialist administrations’ efforts to turn it into the seat of Parliament, the symbol of a democratic future. This persistent desire for inferior otherness within Europe has also revived the Dracula myth, associated with the dark Carpathian mountains at the edge of civilization, where civil unrest and instability are the very stuff of the people’s and the place’s soul and where fictional horror is always ready to burst into real-life violence. Even though both the government and the people have been eager to forget the Ceausescu period and steer fascination away from Dracula, they have little control over a heritage promoted and consumed only by foreigners.

Travel guides such as The Rough Guide to Romania primarily target “postmodern tourists,” or “travelers” in search of dark experiences. Following this prescription, the most valuable resource for a profitable Brand Romania seems to be the hilarious Jetlag mock travel guide to Molvania, a fictional East European country, “a land untouched by modern dentistry.” While the authors compile a large number of negative clichés about Eastern Europe, the country’s name rhymes most closely with that of Moldavîa, a region whose largest part falls within modern-day Romania. The recipe for economic success seems to be for the state to market itself as a place of vampiric neoliberalism, ready to incorporate its citizens and sell its embarrassments to visiting consumers eager to be horrified.

In the case of small and disadvantaged countries, nation branding is promoted, paradoxically, in the guise of a post-national order that magically relieves individuals and states of nationalism’s ideological burden and converts nationalism’s pleasures into a platform for consumer identification. The rhetoric of freely constructed individual and collective identities, in effect, perpetuates nationalism, visualized as a cheery, quirky brand, erasing the violence at its core and precluding transnational affiliations.