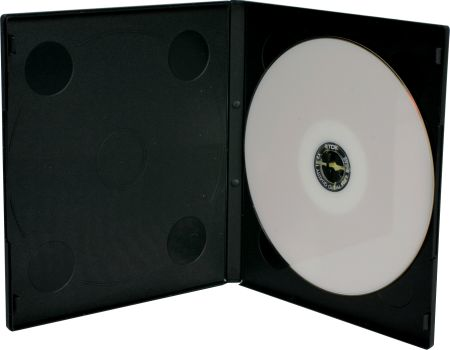 Direct-to-DVD (D2D) releases are films that are never shown in movie theaters (or have a small, limited run) and thus receive their primary exposure to audiences through the DVD format. Since 2005 the number of D2D films has risen 36 percent and it is estimated that the D2D industry currently makes $1 billion in annual sales.1 Despite their proliferation and profitability in recent years, however, the D2D label carries a stigma and D2D films are rarely reviewed in mainstream publications. Studies of D2D films (and their predecessors, direct-to-video films) are almost wholly absent from academic discourse.2 Yet the study of D2D films offers an important contribution to the fields of both reception and genre studies.

Until recently D2D films have been the provinces of two film genres that are frequently marginalized by mainstream filmgoers: sequels to children’s movies (e.g., Aladdin 2: The Return of Jafar [1994, Toby Shelton]) and hardcore pornography. Indeed, the very concept of the home video or DVD implies a solitary, if not illicit, viewing situation.3 Limited budgets also stigmatize D2D releases. Unlike theatrical releases, which are presumed to have taken time and care in their production, the D2D aesthetic is associated with simple sets, unknown actors and directors and hackneyed plots. Of course, larger budgeted films produced with a theatrical release in mind are occasionally shuttled to the D2D market if the studio feels the finished product is not going to recoup its investment as a theatrical release. The Jessica Simpson vehicle Major Movie Star (2009, Steve Miner), to name one example, was originally conceived as a theatrical release. But due to Simpson’s waning star power and the poor reception of her previous acting efforts (Employee of the Month [2006, Greg Coolidge]), the film was repackaged as the D2D release, Private Valentine: Blonde and Dangerous. Such decisions often prompt derisive press coverage of the film’s star(s) and their careers. 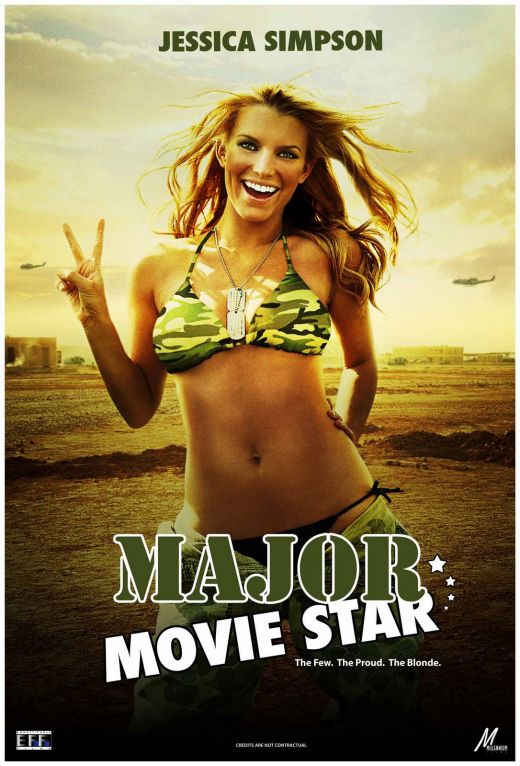 Originally planned as a theatrical release, the Jessica Simpson vehicle, Major Movie Star, was repackaged as… 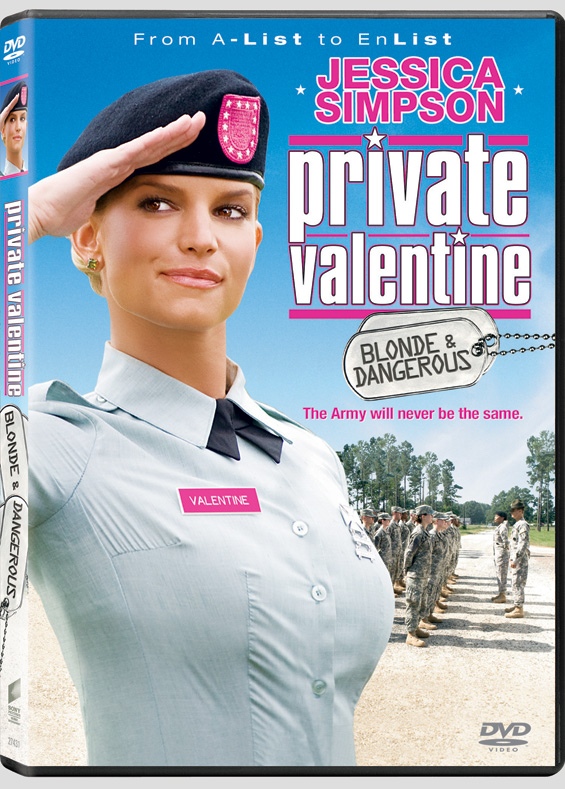 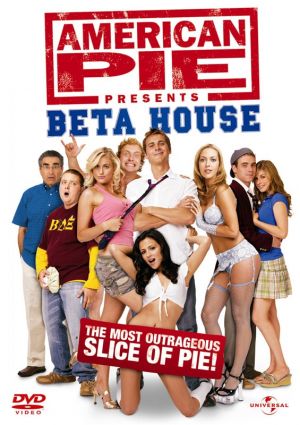 The D2D release American Pie Presents: Beta House capitalizes on the American Pie brand by replicating the logo and poster design of the original film.

Studios are also now experimenting with the concept of “parallel content”; they produce a film for theatrical release while simultaneously releasing a film with related content for the D2D market. For example, ten days after Get Smart (2008, Peter Segal) was released in theaters in the summer of 2008, a spin-off film about two of Get Smart’s supporting characters, entitled Get Smart’s Bruce and Lloyd Out of Control (2008, Gil Junger), was released in the DVD market using the tagline “Loved Get Smart? Get More!” Note that this tagline does not promise a novel viewing experience; fans of Get Smart are instead promised a viewing experience similar to that of Get Smart (only without the film’s primary stars). In other words, D2D films bank on the fans’ willingness, or rather, their desire, to watch the same characters, plots, and settings over and over again. Consequently, D2D and direct-to-TV films are arguably the “supreme American genre product: recognizable instances of alike substitutions, repetitions which ring a few character and plot changes but retain a brand identity.”5

As with the exploitation film and the B film, the D2D release must compensate for the poverty of their images and/or the stigma of being “demoted” to the D2D market through some other redeeming factor or exploitable hook; many D2D films promise sensation, particularly sex, gore, violence, and perversity. Too much of any of these things would turn off a mainstream audience and limit the box office returns on a theatrical release, but the point of the D2D release is precisely its limited audience. For example, Lionsgate describes its D2D horror films as “too graphic, too disturbing and too shocking for general audiences.”6 Likewise, while the original American Pie films titillated its teenage audiences with partial nudity—such as a topless Shannon Elizabeth—the D2D branch of the franchise offers full frontal nudity. D2D films can revel in unlimited sex and violence since they are “not required to meet the same rating standards as theatrical releases.”7

The D2D releases’ other exploitable hook is their ability to cater to a specific demographic that remains underserved by the majority of theatrical releases since they can be made quickly on small budgets (D2D films cost between $75,000 and $2 million to produce).8 The historically neglected African American demographic—which is periodically recognized by Hollywood, but only when the industry finds itself in dire financial need—is consistently one of the largest segments of the total movie going audience. Films made for this neglected audience “were among the first to prove this [D2D] market was more than a dumping ground, and they have subsequently paved the way for other genres traditionally shut out of cinemas.”9 Thus, young African American moviegoers are now being courted by independent production companies like Maverick Entertainment and Simmons Lathan Media Group. And many major studios, such as MGM, are also targeting African American audiences by creating smaller production units devoted to “urban films”—the term D2D producers have adopted to denote films aimed at African American audiences.10 These “urban” releases, which run the gamut from black cast comedies, horror films, erotic thrillers, and gangster films, are often direct rip-offs of successful mainstream releases and/or a series of sequels to previously successful D2D titles.

Thus, like the B film cycles of the classical studio era, D2D urban films are capable of exploiting their target audience by attaching African American characters to a variety of genres and cycles. For example, Hood of tha Living Dead (2005, Eduardo and Jose Quiroz) tells the story of an aspiring scientist, Ricky (Carl Washington), who develops a formula to bring the dead back to life after his younger brother is killed in a drive by shooting. Hood capitalizes on the successful zombie cycle of the 2000s but also ensures its success with its target audience by rooting it in the conventions of the urban gangster film. Leprechaun 5: Leprechaun in the Hood (2000, Rob Spera) also exploits its niche audience’s interest in urban gangster films, as well as gangsta rap, the success of the Leprechaun cycle,11 the blaxploitation cycle of the 1970s, and the tongue-in-cheek camp of the late 1990s teen slasher cycle. 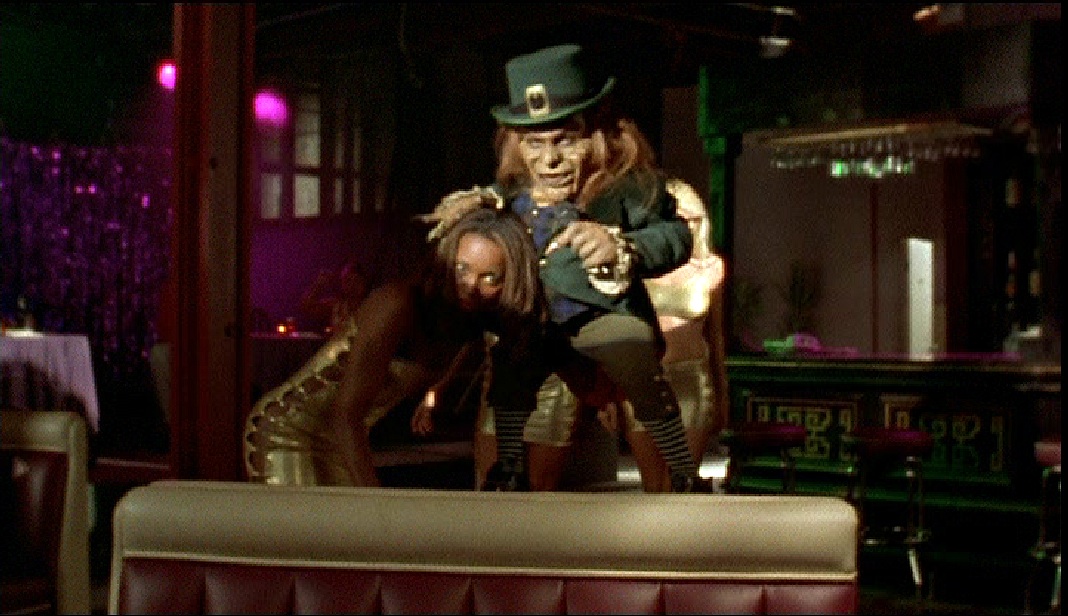 Leprechaun in the Hood puts an “urban” spin on the Leprechaun franchise by having its protagonist rap and smoke “blunts.”

Like their theatrically released counterparts, D2D cycles are tailored to meet the specific desires of their audiences, only on a much smaller scale. By examining the various titles aimed at the African American audience—Bad News Ballers (2005, Brian Shackelford), Gang of Roses (Jean-Claude Le Marre 2003), etc.—we can better understand how production companies envision and construct particular racial, ethnic, and social groups. The Bring it On (2000, Peyton Reed) franchise12 and Christian uplift films (which Maverick Entertainment dubs its “Spirit” line) are two other D2D cycles worth studying in terms of their target audiences (teenage girls and Christian moviegoers, respectively). Furthermore, because D2D films tend to blend several different genres and film cycles as way to squeeze more income out the same plots and characters, I view the study of D2D film cycles as the next logical step in a comprehensive understanding of contemporary film genres. 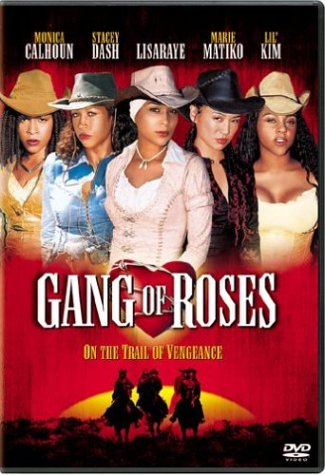 Gang of Roses is a D2D Western featuring African American women as the gunslingers.

Image Credits:
1. Looking at Direct-to-DVD (D2D)
2. Originally planned as a theatrical release, the Jessica Simpson vehicle, Major Movie Star, was repackaged as…
3. …the D2D release, Private Valentine: Armed and Dangerous
4. The D2D release American Pie Presents: Beta House capitalizes on the American Pie brand by replicating the logo and poster design of the original film.
5. Leprechaun 5: Leprechaun in the Hood puts an “urban” spin on the Leprechaun franchise by having its protagonist rap and smoke “blunts.”
Image source: screen shot from the DVD
6. Gang of Roses is a D2D Western featuring African American women as the gunslingers.