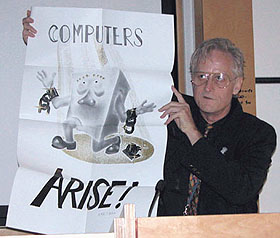 “Computer was a bad name for it. It might just as well have been called an Oogabooga Box.” – Ted Nelson

In the first two columns I wrote here for FlowTV I argued that “New Media” was not a particularly useful term for describing the field; indeed, I argued that it may in fact obscure more than it reveals. What I suggested is that this field of study is neither about “media” nor about something “new.” Both in the comments section and in conversations I had subsquent to these pieces being published, others have, correctly, pointed out that it is easier to say what something should not be called than to actually propose what it ought to be called. So, I thought I would take this final column to propose what I think this field of study should be called: “Oogabooga Studies.”

First, it is probably worth pointing out that the quote from which I take this idea, by Ted Nelson, appears only in partial form in the above epigraph. Nelson went on to suggest that this name would be appropriate because, “that way, at least, we could get the fear out in the open and laugh at it.” It seems to me that Nelson’s suggestion here is that the absurdity of the name “Oogabooga” would help to highlight the fact that the word “computer” was being used in an overly general way, importing with it a host of prejudices and concerns that ultimately are masking more important questions. In that regard, I want to borrow Nelson’s idea and suggest that we call the field Oogabooga Studies as it would call attention both to the way that the word “media” is being used in an overly general and non-descriptive way, and the fact that the current terminology carries with it a host of prejudices and concerns that might not be appropriate to the object and field of inquiry, misdirecting our approach.

Why I propose the name Oogabooga Studies:

1. The principle advantage of adopting the name Oogabooga Studies would be to highlight the fact that this field of inquiry is a clear break with other models. This is not to suggest that one needs to throw off all that we have learned in the past, the years of useful, thoughtful, nuanced approaches to studying how people communicate via media. Indeed, those who follow what I write or have taken my courses know that I think history is crucial for understanding Oogabooga Studies. But I think that calling the field “New Media” suggests that “media studies” is the principal or primary framework from which we should understand Oogabooga; that is, as an evolution in the study of media, when in fact Oogabooga might be something else. When we use the word “media” or “communication” I think the hidden word is often “broadcast,” a term which implies that this new moment can be understood as an evolution of the one prior, and which hides the ways in which those paradigms are heterogenous to understanding the contemporary moment. “Media” and “Communication” are Gutenberg Parenthesis words which end up framing analysis in terms of the old in unfortunate ways. By picking a nonsense signifier, we could open up the debate to figure out exactly what we are talking about here, rather than prejudicing our results from the beginning.

2. This is not a discipline, or at least not in the way that academia currently understands or uses the term. Hierarchically organized taxonomic classification systems are themselves a thing of the past (or are becoming increasingly so), despite academia’s insistence on maintaining them. Taxonomic classification is, as with the terms “media” and “communication,” an effect of looking at the world from a print-based, analog perspective. I think that to correctly understand Oogabooga requires inquiry from a range of what are traditionally understood as academic disciplines. Media studies suggests that the siloing of inquiry can continue and that just receiving a digital facelift/update for the contemporary is adequate. To correctly analyze the contemporary transitional moment requires a range of scholars, from an array of disciplinary approaches. Situating the field within media or communications departments makes such collaboration and multi-perspectival analysis difficult if not impossible. An Oogabooga Studies program would have legal scholars, computer scientists, sociologists, psychologists, and media studies scholars. Oogabooga Studies would be something more like what Mark Taylor proposes with “Water Studies,” or if you prefer, the more detailed “Unit Operational Academic Practice” Ian Bogost outlines in Unit Operations.

3. Using the term “new media” as an umbrella term tends to hide the degree to which there is a diversity of objects being studied. (To be clear I think Literature and Cultural Studies have this problem too, but renaming them might be a bit larger of a taskmany more faculty have those terms in their respective titles.) Media Studies might describe a relatively homogenous field of study, i.e. broadcast communication, but there is now so much diversity in the field of Oogabooga I think it would be useful to get a little more specific about the objects of study. Although the interests overlap, studying World of Warcraft strikes me as substantially different from studying Web Design and PHP. Right now the term Media Studies is serving as an umbrella term for all of this without yielding any specificity. By replacing Media Studies with Oogabooga people would then have to specify more narrowly what they are working on. If we are going to use an umbrella term that groups together a bunch of heterogenous things we might as well use a nonsense one so there is no expectation of a unified field. 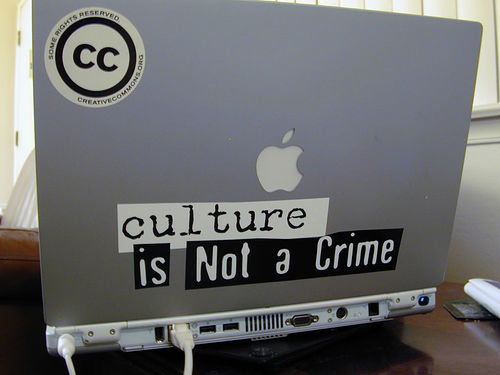 4. This would capture a sense of the playful rather than defaulting to the serious. One of the things that strikes me as important, which I think can all too often be lost in academic inquiry, is the way in which this new moment carries with it at its core, at least for now, a sense of playful irreverence (see Remix culture). I am not sure our “serious” ways of understanding things are adequate to the task.