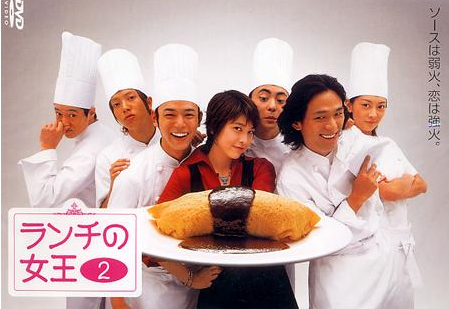 As a fan of the genre, I would like to begin with a rhetorical question: why has “gourmet drama” (or ryori/yori drama), a well-established category of drama series on East Asian television, not yet migrated to U.S. television? While there are rare examples of dramas in which food carries symbolic weight, as in The Sopranos, fictional shows that feature food as their central theme are hard to find on U.S. television. This is, however, an admittedly ill-informed question because as any student of media knows, media genres are culturally and historically specific, even though they increasingly tend to share influences across national borders these days. I will thus rephrase my question: in the context of successful reality shows based on the themes of food, cooking, and restaurant management, such as Iron Chef America (Food Network, 2002-present), Top Chef (Bravo, 2006-present), and Kitchen Nightmares (Fox, 2007-present), why is the fictional equivalent of the format, consistently popular in Japanese and Korean television culture, not happening in the U.S.? If viewers are already familiar with viewing food centrally on television, and enjoy dramatic narratives revolving around food preparation and consumption, why can’t these shows break free from their staged “reality” setting? In the following, I will delineate some of the textual tropes of the genre of gourmet drama in an effort to make sense of the absence of this interesting format on U.S. television.

“Gourmet drama” can be viewed as originating from Japan, where television dramas are often adapted from original manga (comic book) series, in which food has established itself as a staple genre with popular series such as Oishinbo (“The Gourmet,” Tetsu Kariya) and Mr. Sushi King (Daisuke Teresawa).1 One of the most successful gourmet dramas, Shota no Sushi (Fuji TV), adapted from manga of the same title, first aired in 1996, with narrative traits similar to those of Iron Chef (1993-1999), involving rigorous training and competitions of chefs in order to become the “no. 1” sushi-maker in Japan. Korean food drama, on the other hand, has gained both domestic and international recognition with the success of the period drama Dae-jang-geum (“Jewel in the Palace”) in 2003, a fictional series about a female royal chef set in the Chosun Dynasty.2 While individually varied in terms of narrative detail, gourmet dramas tend to share the following three textual tropes: a thematic contrast between old and new values, with the former always reaffirmed; a narrative contrast between pre-modern/personal approaches and capitalist/industrial approaches to food, cooking, and service, with the former always rewarded; and both a visual and thematic emphasis on food preparation and eating as an essentially communicative act. 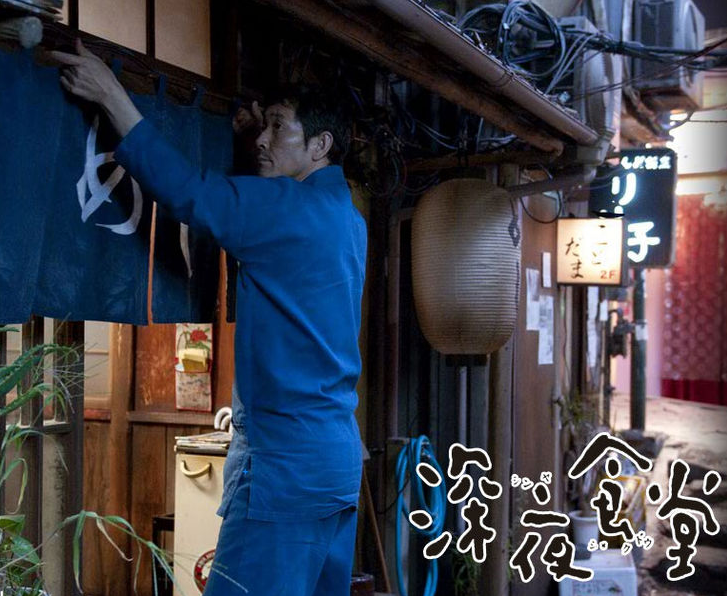 The contrast between old and new is most commonly embodied via the motif of generational conflict. Many shows feature protagonists whose fathers are master chefs and restaurant owners (Shota no sushi, My Little Chef, Osama no restaurant, Teppan Girl Akane , Delicious Proposal, Pasta, Sushi Oji!). Often these protagonists have personal questions to be answered (e.g. “Who is my father?” in Haikei Chichiue-sama) and restaurants to inherit and preserve, for which rigorous training is the key to becoming chefs as masterful as their fathers. In the 2001 Korean drama series, Delicious Proposal, the main character Hyo-dong, previously ashamed of his father’s small Chinese noodle joint, decides to become a chef and inherit the restaurant upon learning that he was deserted by his birth mother and adopted by the restaurant’s kindly owner. The 16-episode series revolves around Hyo-dong’s transformation and the cooking competitions he goes through in order to be recognized as a master chef. Fathers in these series tend to be stubborn with their old-fashioned method of cooking, and have poor communication skills. Protagonists can only learn about the deeper intentions of their fathers through cooking, as in Lunch Queen in which two sons laboriously study their late father’s secret recipe for demi-glaze sauce.

Intertwined with the setting of old-fashioned, small-scale restaurants run by father figures is the embodiment of evil in the form of capitalist entrepreneurs who see food merely as a source of economic gain. Gourmet dramas often begin with an old-fashioned restaurant in the middle of Tokyo or Seoul which easily falls prey to developers planning to bulldoze the decades-old restaurant and build franchises such as a “food park” or “sushi tower.” Valued through the symbol of the persistently small restaurants are the pre-modern system of apprenticeship and ideals of craftsmanship, perfectionism, and customized service. For example, in My Little Chef, the main character Seri has a critical flaw as a chef in that she is unable to cook for customers she doesn’t know personally. To address this issue, Seri converses with customers about their personal lives for five minutes before deciding on the menu, which results in a customized dinner with affective power that saves couples’ marriages and resolves filial conflicts. Careful and elaborate preparation of food is emphasized, not to express the creative talent or culinary skills of the chef but as a process of creating quality through slow and meticulous individual consideration. While Barthes discusses “ornamental cookery” as the result of petit-bourgeois aspiration that further removes haute cuisine away from its raw food source through excessive decoration,3 elaborate cooking in gourmet drama seems to espouse an anti-capitalist ideal that resists efficiency and standardization. This may be why there are so many free meals given away by the restaurants in these dramas, as in Osen where a young female restauranteur decides to treat bankers to a memorable meal even though she knows that they cannot be prevented from redeveloping the neighborhood. The inefficiently spectacular display of food thus can be seen as a symbol of disappearing pre-modern values of moral integrity that these shows argue to be worthy of preservation.

The display of elaborate cooking and eating thus serves multiple purposes: as the embodiment of pre-modern/anti-capitalist values, as a source of visual pleasure, and as a motif for narrative construction. The most important of these functions of food display in gourmet drama, I would argue, is the capability of televisual images of food to provoke not just our sensory imagination (for smell and taste) but our narrative imagination, a desire to consume a coherent and moving story about food. Not surprisingly, one theme most consistently articulated in gourmet dramas is the idea of food as communication. In every show, protagonists cook in order to create “food that touches heart” and “flavor felt not by tongue but by heart.” That’s why these characters study not with cookbooks but with master chefs because such mythical food cannot be created by means of a written formula, but only by the individual care of a devoted cook. Korean show Shikgaek (“The Grand Chef,” MBC, 2008) begins with the story of the last royal chef of the Chosun Dynasty, who is asked to serve a final meal to the last emperor of the nation soon to be annexed to Japan. Upon being served a bowl of soup, the emperor weeps uncontrollably because he gets the “message” about the persistence of the Korean nation symbolized by the soup’s different ingredients. Food that moves the human heart cannot be simply shown or even tasted, but needs to be narrated, in the context of a larger drama that typically mixes the genres of family melodrama and romantic comedy. This point that food in gourmet drama needs to be narrated brings us back to my initial question: why are there no gourmet dramas on U.S. television?

Ultimately, what is narrated through the story of food in gourmet drama is the story of the nation itself, the sense of a common national culture and history, and of belonging shared between the show and its viewers through the sharing of a common palate and collective memory around certain food items. Whether the show features an Italian restaurant, French patisserie, or a late night snack joint, identification with the characters through their stories of cooking and eating allows viewers to be positioned as members of the same imagined community in which, say, omurice is meant to evoke similar childhood memories among national viewers. In Pasta, the main character’s obsession over producing perfect Aglio Olio pasta resonates with a national audience, but not because regular Korean viewers are familiar with the flavor of the Italian dish. It is the fact that it was the last fine meal her secretly dying mother wanted to have with the protagonist which is moving to Korean viewers, because the story of parents’ selfless sacrifice is still strongly valued in contemporary Korea.


Preview of The Grand Chef with a competition sequence”]

As Diane Negra argues in her discussion of ethnic food fetishism, the consumption of food films facilitates viewers’ ethnic performance by helping them acquire a sense of affiliation through nostalgia.4 In the context of U.S. television, however, food seems to function as too one-dimensional a signifier of ethnic identity (as well as regional and class affiliation) as in the case of The Sopranos. Not only is it difficult to find food items that transcend association with particular ethnic groups or niche audiences, but also the values associated with food may not be as consistent as in the case of Japanese and Korean gourmet dramas. It can be argued that the sense of inheritance of a national culture and the rigorous training required to continue the authentic lineage is far more central in the national imagination of Japanese and Korean identities, than in U.S. national identity. For these reasons, gourmet drama as a television genre seems unlikely to arrive on U.S. television soon, not because food cannot be viewed in a fictional setting in the U.S., but because it cannot be readily integrated into a seamless and compelling narrative of nationhood.

Image Credits:
1. Lunch Queen (Lunch no joou, 2002, Fuji TV)
2. Shinya Shokudo (“Late-night Diner,” 2009, TBS/MBS)
3. Dinner is created on the basis of personal stories in My Little Chef
4. Preview of The Grand Chef with a competition sequence