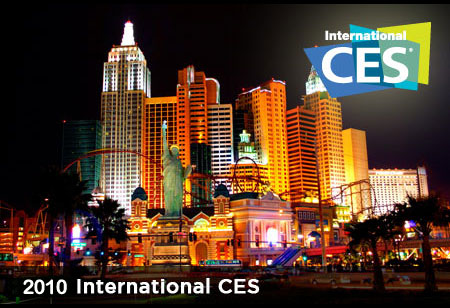 Every year, consumer electronics manufacturers and their partners in the entertainment industry and Silicon Valley gather at the Las Vegas Convention Center in early January for the International Consumer Electronics Show, or CES. With over 2,500 exhibitors the CES is the global consumer electronics industry’s largest and most important trade show, and plays host to dozens of press conferences, thousands of product launches, and far too many networking sessions to count. In recent years, however, the show has taken on another identity as a global media event, joining Black Friday and the Super Bowl as one of the high holidays of the high-tech consumer society. If these latter events present the faithful with annual occasions to dutifully participate in national rituals of consumption, the CES is set aside for the exaltation of the industry and its products. For four days in January, the LVCC becomes pilgrimage site where the people who make flat-screen TVs, iPod knock-offs and, USB-powered desk fans come together to celebrate themselves and, in the words of Consumer Electronics Association President and CEO Gary Shapiro, their power to “invent the future.”1 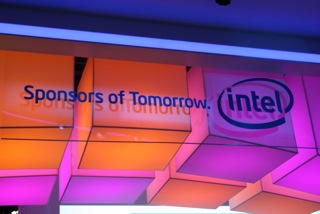 Inventors of the Future, Sponsors of Tomorrow?

Enticed by the possibility of coming face to face with tomorrow’s hype today, this year I joined the 120,000 who made the pilgrimage to Las Vegas for CES 2010. In between attending rousing keynotes by the industry’s chief evangelists and conference sessions with titles like “Pay TV’s Days Numbered?” and “Streaming Salvation to the Music Industry,” I wandered amidst the thousands of booths covering the convention center’s 1.8 million square feet of floor space, where I beheld the miracle of 3D television and genuflected across the surfaces of next Christmas’s touch-screen devices. LG’s breathtaking exhibition, which dominated the entrance to the convention center’s Central Hall, resembled nothing less than a cathedral in which the stained glass windows had been swapped out for 55-inch LCD monitors displaying high-definition video loops of butterflies, solar eclipses, and other assorted wonders of creation. At the Intel display, attendees queued up for an opportunity to play data God on the Infoscape, a pair of adjoining 7’-by-7’ glass touch screens on which it was possible to survey and manipulate information pulled from 20,000 Internet sources. 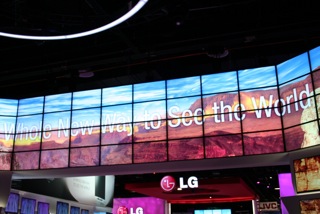 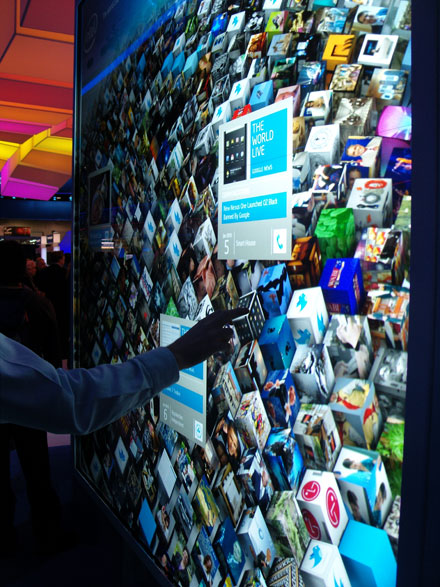 On the outskirts of the convention center’s three halls, I visited with some of the hopeful entrepreneurs who had wagered $41 per square foot on the possibility that their combination wind- and solar-powered mobile phone battery charger or iPhone wrist sock would catch the eye of a CNET correspondent who had gotten lost while searching for a power outlet to charge his MacBook Pro. Here, at folding card tables located far from the monumental pavilions of the mega-conglomerates, the most sought-after commodity was an invitation to join the elect in the private suites on the convention center’s second floor, where sales reps, marketing gurus, and buyers for national chains were ironing out the details of deals that would determine the allocation of shelf space and web page real estate for next year’s major shopping events. 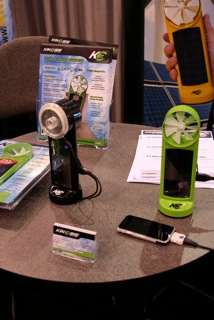 On the outskirts of the Consumer Electronics Industry

One of the phrases most often repeated in the CES’s official promotional materials was the promise that show attendees would experience an advanced preview of “the next decade of technology innovation.” Indeed, the CES’s primary emphasis has traditionally been on products that are months, if not years, away from commercialization. For the second year in a row Microsoft CEO’s Steve Ballmer’s show-opening keynote address showcased Project Natal, a natural user interface that transforms users’ bodies into Xbox 360 game controllers. The biggest news to come out of Ballmer’s speech was not, as some fanboys had hoped, that hands-on demos of Natal would be available on the floor, but rather that Microsoft had settled on December 2010 for Natal’s release date. Many exhibitors similarly used the show to hype vaporware, or at least next year’s product lines. The global consumer electronics industry has always oriented itself toward the future through its marketing tropes and brisk replacement cycles. But coming off a year in which the industry saw a 7.7 per cent drop in revenues, its first decline since 2001, this future orientation offered show attendees a brief respite from having to contemplate the current economic climate. In the LVCC’s exhibition halls, industry reps and their various partners and hangers-on welcomed the opportunity to momentarily lose themselves in the promise of a digital hereafter in which our television sets would all be OLEDs, our laptops would never run out of juice, and their books would always be in the black.2

If the CES’s exhibitors encouraged show attendees to look beyond the current recession and toward this digital hereafter, my time in Las Vegas left me with the distinct impression that the CES is as much about “inventing the past” as it about “inventing the future.” For in addition to launching more than 20,000 new products, the show commemorated – and in fact initiated – the obsolescence of at least as many devices. The CES’s scheduling in early January couldn’t be more appropriate, timed as it does to coincide with a slow period in the annual news cycle, but also with the arrival of December’s credit card statements. It is at the CES that the consumer electronics industry begins to cultivate consumers’ dissatisfaction with the purchases they made during their recent holiday spending binges. Nothing takes the luster off a new gadget quite like the announcement of an upgrade. And so it is that just as our all-too-brief interest-free honeymoons with the PCs, TVs, and mobile phones we purchased over the holiday season is coming to a close the industry unveils the upgrades designed specifically to replace them.

Contrary to media reports and blog posts, the “big story” of the 2010 CES was not the 3D television sets and Blu-Ray players demoed by some of the industry’s biggest names. The 3D technologies showcased by Sony, Panasonic, Samsung, and others may have “stolen the show,” as the tech blog engadget.com put it, but the even bigger story was one that few of the show’s attendees or exhibitors were eager to talk about: that is, that if manufacturers have their way the industry’s 3D push will soon obsolete current HDTV sets and Blu-Ray players.3 American consumers spent over $25 billion purchasing nearly 30 million HDTV sets in 2009 alone, none of which are 3D-ready.4 As set prices drop, and as native 3D digital games, post-Avatar 3D blockbusters, and 3D coverage of top-flight sporting events becomes widely available, it is conceivable that millions will replace these sets with 3D equipment. Sooner than any of us would like to imagine, the 2D HDTV sets purchased over the last few years will begin to find their way into basements, attics, or, bar that, landfills, where they will join the cathode ray tube receivers they themselves only recently superseded in leeching toxic substances into the soil. While many big-name exhibitors dedicated a corner of their pavilions to showcasing their “green” initiatives, few had much to say about their industry’s responsibility for the global e-waste catastrophe. And yet it is at the CES that the lusted-after Black Friday “door busters” of the just-concluded holiday season begin their rapid metamorphosis into the e-waste of tomorrow. 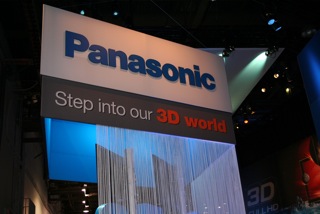 Step into Our 3D World

At the CES 3D’s biggest proponents promised that converters will insure backward compatibility with 2D sets. But history tells us that by design such devices seldom satisfactorily bridge the gaps separating the successive generations of media technologies. In fact, in recent years consumer electronics manufacturers, and game console manufacturers in particular, have gone out of their way to frame backward compatibility as a costly and unnecessary impediment to technological progress, and have engineered their innovations so as to be backward incompatible with their predecessors. Obsolescence comes faster now, and is less negotiable, than ever before in the past. It is no longer simply a corollary of fashion, but is enforced by deliberate hardware and software incompatibilities or even government decree, as was the case with the United States’ recently-concluded conversion to digital television. The CES is where the consumer electronics industry’s participants ritually reaffirm to themselves, their partners, and consumers their faith in the economic and spiritual value of planned obsolescence. It is a celebration of disposability as a precondition of the possibility of renewal, and of waste as the guarantor of progress.

Max Dawson is an Assistant Professor at Northwestern University, where he teaches in the Department of Radio, Television & Film. His essays on television technology and form appear in the journals Technology and Culture and Convergence, and in the edited collections American Thought and Culture in the Twenty-First Century (Columbia University Press, 2008) and Television as Digital Media (Duke University Press, 2011).