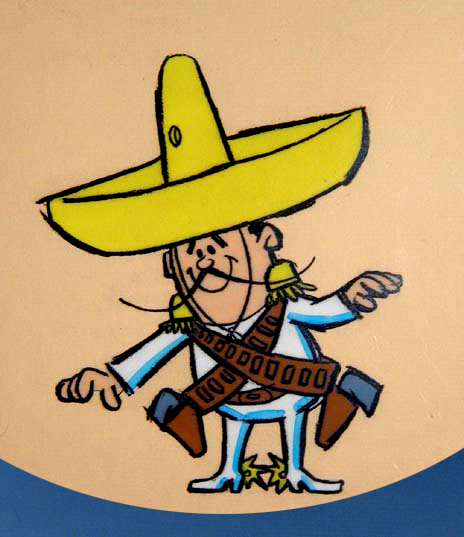 Like other forms of popular culture, television frequently serves as a battleground for the politics of representation around racial and ethnic difference. Advocacy groups for minorities take aim at the negative stereotypes, absences in newsrooms, and marginalizing discourses that unfold on television. Their work is often motivated by the past, charged with a memory of demeaning programs and forgotten peoples from television’s short history. Scholars have carefully documented the white supremacy and the narrow spectrum of gender, race, ethnicity, and sexuality of early television in the United States. All along, efforts to protest this dominant regime of representation garnered mixed results. While, periodically, offensive characters are taken off scripts and screens, the logic of contemporary television continues to center on whiteness, casting other subject positions in the periphery, and defining them relation to the central white subject position. But awareness campaigns and small victories for advocacy groups are important not only for the nature of representation on television in general, but also for the momentum of activists, communities, and organizations. For Latina/os, an important moment in media advocacy was the campaign against Frito Lay’s cartoon character, the Frito Bandito, a cartoon character used in television advertising.1

The Frito Bandito evoked and exaggerated stereotypes of the Mexican bandit from Western films, stealing folks’ Fritos at gunpoint. With his gold tooth, stubble, potbelly, and thick accent from the voice acting of Mel Blanc, the kleptomaniac character represented the most tired of tired stereotypes about Latina/os. Fueled by the Chicano civil rights movement, and led by a boycott organized by organizations such as the National Mexican-American Anti-Defamation Committee (NMAADC) starting in 1968, the Bandito was soon robbed of his gold tooth and stubble, and eventually replaced altogether. Efforts to change depictions of Latina/os have continued since then, but the eventual disappearance of the Bandito, which resulted from regulatory appeals and lawsuits, stands as an important episode in Latina/o cultural citizenship.2

Over the last ten years, as Latina/os have gained attention as a profitable demographic in general market media, Latina/o media advocacy has taken on a new urgency. Recent campaigns continue to glimpse back at television’s past in order to make arguments for the continuing advancement of more equitable, fair, and positive representations. The National Hispanic Media Coalition states its mission to “improve the image of American Latinos as portrayed by the media.”3 At a meeting of the National Association of Latino Independent Producers in Newport Beach last April, the famous Chicano playwright Luis Valdez told the Los Angeles Times that representations of Latina/os are sparse and limited: “We’re still operating under very limited perceptions of history and people.”4 The Network Brownout reports, issued by the National Association of Hispanic Journalists, usually include some acknowledgment of the marginalization and criminalization of Latina/os in news coverage. The 2005 report begins by discussing the historic absence and stereotypes of Latinos in news stories.5 Each of these efforts either implicitly or explicitly harkens back to a history of representation in order to deliver momentum to their current projects. 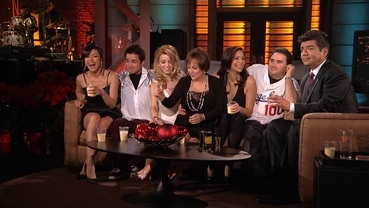 The cast of The George Lopez Show visits Lopez Tonight

Collective memory serves as a site of negotiation, contestation, and dissent.6 Some Latina/os who have achieved a level of success in general market media engage in the politics of representation by remembering television’s past in order to argue for a more equitable future and to bring importance and urgency to their own work. In his stand-up comedy, George Lopez often talks about television serving as a childhood escape from his overbearing grandparents. In Lopez’s experience, The Brady Bunch offered a model of stability in a family environment that hammered his self-esteem. But on his own series, The George Lopez Show, he created an American family dealing with everyday American situations, where jokes about Latina/os were contextualized by Latino culture.7 His program, cancelled in 2007 by ABC and replaced by the short-running Cavemen, held an implicit but potent memory of the whiteness of television’s past and present by sustaining itself as the successful Latina/o sitcom. When the show was cancelled, Lopez remarked to the Los Angeles Times, “TV just became really, really white again.”8 Like the advocacy organizations, Lopez cultivates a collective memory that persistently reminds us of the nearly monochromatic orientation of racial and ethnic representation on television.

Lopez has gone on to perform on two HBO specials and now hosts the nightly program Lopez Tonight on TBS, itself a landmark program in the history of late-night television. When Lopez assembled The George Lopez Show cast on December 15, 2009 and dedicated a full Lopez Tonight program to the memory of the sitcom, it should come as no surprise that there were some nettles along with the nostalgia. The cast looked back warmly on their own familial experiences on the family sitcom. They came together as a group to talk about the trajectory of their careers and how the show opened doors to opportunities that, as Latino actors, might never have been opened otherwise. The cast was even able to make a farewell vignette that ABC’s abrupt cancellation never allowed for. There were tears and cheers from the actors and audience alike, but the most interesting moments came when Constance Marie remarked to the audience, “You guys are so lucky because when we grew up there were no shows with brown people at all!”

By holding the reunion show on his own late-night program, Lopez took control of the modes of representation in order to re-articulate his program as an act of resistance. The George Lopez Show always had a transgressive location in the landscape of television because of its exclusivity as a Latina/o-themed sitcom with an almost completely Latina/o cast. The reunion show thus engaged in the politics of collective memory by recalling the positive features of the show on and off screen, and by critiquing ABC for the cancellation and the history of television for its neglect of Latina/os. Lopez also had the last word by fashioning an ending to the show where he makes plain the economic underpinnings of television. He remarks about having his own late night program, “its all me, dude. It’s like printing money, and every commercial I do – I get part of that!”

Chon Noriega writes about the outcome of the anti-Frito Bandito campaign: “the struggle over content masked a more profound demand for access and control over the means of representation and communication.”9 On the reunion program featured on Lopez Tonight, the act of remembering The George Lopez Show encapsulated both of these features of television advocacy. The production of collective memory has an implicit but powerful role in efforts to alter television representation of ethnic and racial minorities, and can serve as an important strategy in laying claim to not just the nature of representation, but to the tools of representation.