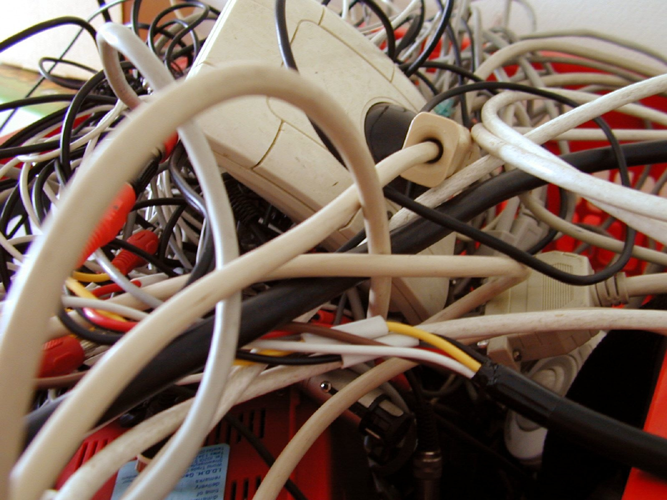 Online freedom of expression depends on our ability to untangle the web of regulation.

At least that’s what some think about media and telecom regulation, anyway. I don’t blame them. Who cares who “the deciders” are for geeky regulatory issues like spectrum allocation and broadband policy? Just make sure I get my cable, telephone, and wireless service, please! Oh, and while you’re at it, don’t be like the Europeans and mess with the likes of Google, Facebook, or YouTube, ok? I just want to Tweet, not worry about who owns or controls Twitter.1

Yet, dullness is what camouflages the power and importance of regulators – at times at our own peril. When few are taking note of their delegated legislative, judicial, and police power (Kerwin,2; Furlong,3; Warren,4) bad things can happen. Consider the infamous Minot, North Dakota chemical spill in 2002 that helped fuel a storm of activism around the Federal Communication Commission’s efforts to loosen restrictions on corporate media ownership. Inattentiveness to the regulation of radio station ownership limits contributed to the failure of local stations to warn the public about the spill, according to news reports. The corporations that are subject to regulation, however, are anything but inattentive. According to a study by watchdog group the Center for Public Integrity, from 1998 to the first half of 2004, the communications industry spent $764 million lobbying Congress and regulators.

Even though regulation plays an integral role in shaping media culture, journalist, advocacy, scholarly, and consumer attention is often directed to more conspicuous flashpoints – legislation or litigation – instead of what public interest lawyer Harold Feld refers to as a sausage factory of policymaking. Ew. 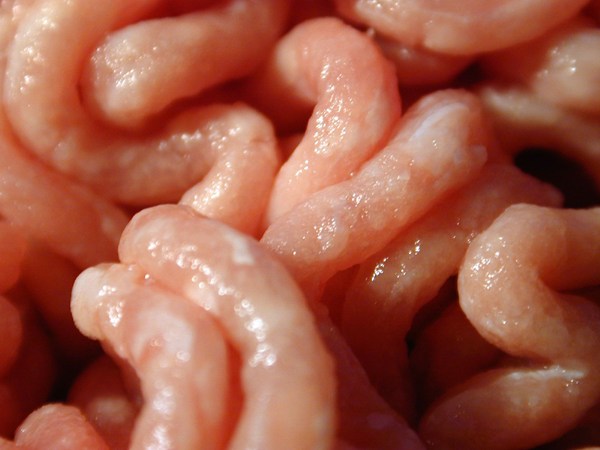 Regulation has been referred to as the “sausage factory of policymaking.”

My wish is that smart TV writers figure out how sex up the work of “administrative science” in ways similar to the otherwise boring, calculating, messy, gooey-erotic, reconstructive, and research-driven kinds of work portrayed, respectively, in shows like Numbers, Dirty Jobs, CSI, Bones, and Cold Case. Forget drama, I’d even settle for franchise spinoffs of The Office or Reno 911! to tee up some refreshing regulatory ridicule.

Surely, there is something at least partly intriguing about the fact that, according to Warren (Warren, p. 12), the United States administrative law as a professional field is “populated by the most powerful class of workers” who spend most of Americans’ tax dollars” (ibid). Mitnick, for example, observes that:

The concept of regulation is not often defined; indeed, it is not often discussed as a concept. It has no accepted definition….[instead, it] is…defined essentially through a listing of regulatory targets and regulatory tools, rather than through consideration of the generic nature of the activity itself.5

Mitnick highlights the indirect power of regulation as a process that involves “the intentional restriction of a subject’s choice of activity, by an entity not directly party to or involved in that activity.” (Mitnick, p. 9)

Not even Al Franken could make the topic of net neutrality interesting.

So how do we make regulation more interesting when even Al Franken can’t do it in his recent speech on network neutrality? Thankfully, the Daily Show’s writers are following the issue. See, it “can” be explained!

What works about the work-oriented television shows mentioned already? Why do people tune in each week to the mind-numbing, monotonous work of crime lab technicians, lifeguards, FBI profilers, forensic archeologists, or math geniuses? Aha, regulatory work has no dead bodies?

Wanted: interesting people to help animate the topic of regulation.

Maybe we simply need more geeky women to help animate the topic, like Garcia‘s character in Criminal Minds – the gal who sits at her computer 24/7 “looking stuff up” for her team. What about a similar character taking consumer complaint calls all day at the FCC? Or, dare I suggest, we could use more visible conflict of the sort recently stirred up by the “aw shucks” Glenn Beck’s vilification of Mark Lloyd, the FCC’s new director of diversity. At least it got people talking about regulators. Otherwise, what goes on in D.C. agencies is simply invisible to the rest of us.

Warren (2004) bluntly characterizes administrative law as a “mutt” or “mongrel” (p. 27) whose “significance is not appreciated” (p. 29). The activity itself is the boring part. Who has time to sit in endless meetings to discuss standards, for example? But that’s precisely the point: only those already paid to do so. Put the word “policy” in the title of a media studies syllabus and you’re sure to get limited, if any, student enrollment. By the same token, talk about ‘regulation’ in general, and it’s as if you have cracked the conversational version of a rotten egg.

So what’s interesting about regulation is its perceived dullness, the illusion that it’s not about people but simply about ‘things’ — like broadband infrastructure (yawn) – or packet-switches (eyes glazing over). The downside of inattention is what Bowker and Star point out in their study of information infrastructures:

[T]yrannies of various sorts flourish. Some are the tyrannies of inertia – red tape – rather than explicit public policies. Others are the quiet victories of infrastructure builders inscribing their politics into the systems. Still others are almost accidental – systems that become so complex that no one person and no organization can predict or administer policy.6

Regulatory work goes on out of plain sight, the putatively monotonous task of invisible bureaucrats. We don’t tell dramatic stories about media or telecom regulators – and that’s too bad. Policy debates about network neutrality, Internet governance and copyright law around the world, issues as diverse as those summarized in this essay might seem personally irrelevant, but they aren’t. Examples of egregious industry behavior abound.

Consider the willingness of telecommunications companies to turn over customer information to the National Security Agency of the U.S. in the aftermath of the 9/11 disasters; or the revelation in 2008 that the Chinese government was tracking text messages sent by customers of a joint venture owned by a Chinese wireless operator and eBay, the Web auctioneer that owns Skype. Equally worrisome was when Verizon rejected a request from the National Abortion Rights Action League, or “NARAL,” to send text alerts on reproductive rights to subscribers of NARAL’s text alert service.

To be sure, it’s endlessly more interesting to talk about media culture. Yet what doesn’t garner enough dramatic or satirical attention is the tedious regulatory process that produces the spaces for media culture to even exist. Much like infrastructure, we often only notice when policy fails. But our online freedom of expression depends on attention to regulatory processes. As we speak, corporate engineers and regulators are fixing the rules of the game for 21st century media. Sure, it’s boring. But we had better start tuning in.

Becky Lentz is an Assistant Professor of media and public policy at McGill University’s Department of Art History and Communication Studies in Montreal, Quebec.

1. Untangling the web of regulation
2. The sausage factory of policymaking