Downoad the Flyer and feel free to distribute. 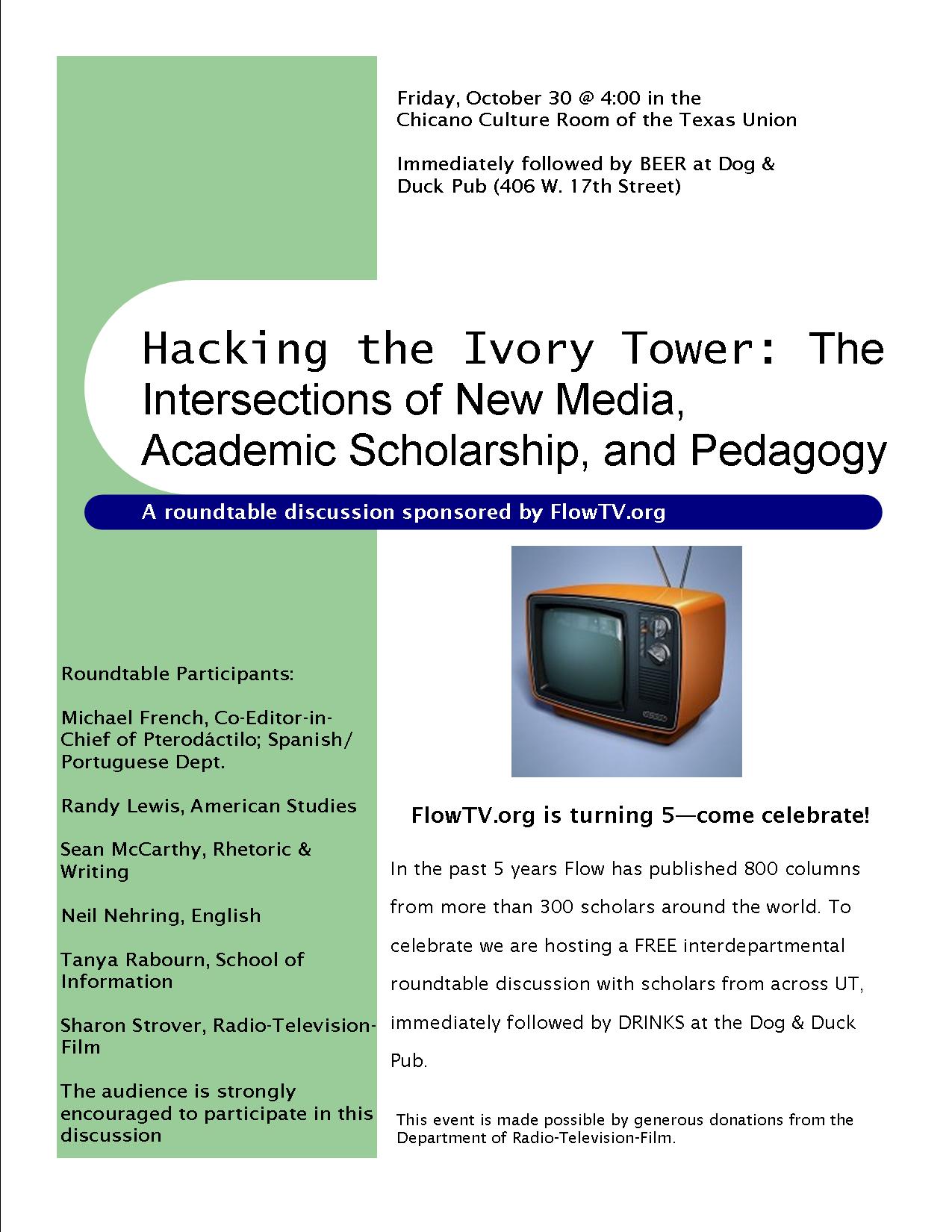 Why: In the past 5 years, FlowTV.org, Radio-TV-Film’s online journal of new media and television, has published 800 columns from more than 300 scholars around the world. To celebrate we are hosting an interdepartmental roundtable discussion with scholars from across UT, immediately followed by DRINKS at the Dog & Duck Pub.

The audience is strongly encouraged to participate in this discussion

This event is made possible by generous donations from the Department of Radio-Television-Film.