Biting Off Your Long Tail: Ruminations on Animal Planet 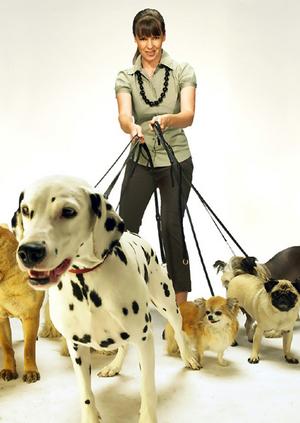 Victoria Stillwell of It’s Me or the Dog

I used to watch Animal Planet for the dog shows—I remember seeing my first agility competitions there (the sport where dogs and their handlers negotiate an obstacle course of jumps, tunnels, and things to weave through and climb) as well as earth dog trials (dogs going into an underground maze in search of a some kind of rodent-like lure), dock-diving and frisbee competitions, and of course any number of canine beauty pageants. There’s not much agility on the channel these days (I now practice the sport on the weekends), although there are still several companion-animal programs dotting the daytime schedule, especially: Pet Star, All New Planet’s Funniest Animals, Good Dog U, Dogs 101 and Cats 101, and British dog trainer Victoria Stilwell’s “international smash-hit TV show” It’s Me or the Dog, in which she helps dog-owners deal with basic problems that are too frequently the result of the owners’ stunning ignorance about what dogs actually are and do (the owners certainly don’t ever seem to have seen It’s Me or the Dog, or even Cesar Millan’s The Dog Whisperer on National Geographic, because otherwise they’d already know what to do, with some mostly bizarre or extreme exceptions: make sure the dog gets plenty of exercise, set consistent boundaries, and reward it for doing what you want it to do and don’t give it the opportunity to do what you don’t want it to do).

I did considerable research into dogs and dog behavior and training before I acquired either of my two mixed-breed angels, so I don’t have much use for It’s Me or the Dog or The Dog Whisperer unless I’m feeling snarky and want to yell at the TV. But I recently attempted to watch Animal Planet’s Jockeys, a reality show about a group of jockeys, male and female, who are trying with varying degrees of success to rise to the top in the competitive and dangerous world of big-stakes horse-racing. Jockeys, now in its second season, is entertaining, but I don’t think I can continue to watch it, at least not while it’s on Animal Planet. Because it’s Animal Planet itself that has become the problem for me.

Simply put, I can’t figure out who the channel thinks its audience is. Certain commercials and some of its website content suggests that it is companion-animal lovers, people who want their pets to be the next “Hollywood action star” or who are interested in “tail-wagging trivia” about the “Top 40 Popular Dogs,” and maybe others who want to learn a bit about undomesticated animals through shows such as Meerkat Manor, one of the network’s biggest hits. But by far the bulk of Animal Planet’s programming now centers on animals as monsters, on the one hand, and humans as monstrously abusive of animals, on the other, and in inordinately exploitative visual terms. While Meerkat Manor frequently, and sometimes graphically, does remind its viewers that nature is red in tooth and claw, it’s nothing compared to the network’s current roster: Killing for a Living, Your Worst Animal Nightmares, Headline Attacks, Rogue Nature, The Big Sting, The Most Shocking Animal Attacks, Untamed and Uncut, More Headline Attacks. As the New York Times puts it in its review of The Monsters Inside Me, a new show about internal human and animal parasites with an extreme “ick factor,” Animal Planet (along with other of its Discovery family of channels) now promotes a “depiction of the natural world in terms of violence, threat, warfare and paranoia. . . [I]t’s as if Jerry Bruckheimer or Michael Bay had developed a sideline in animal documentaries.”1 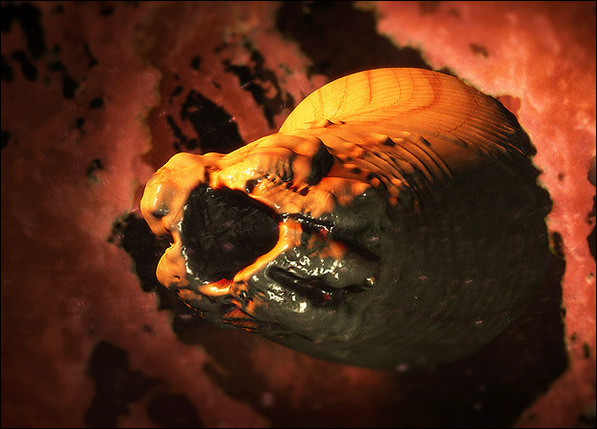 Brain Parasite on The Monsters Inside Me

Which means that while I am sitting on the couch moderately engrossed in the romantic travails of a jockey couple, I’m confronted suddenly with a promo for The Monsters Inside Me, and it’s disgusting, and hard to throw off because the scenes of red and slimy organs with unwanted parasites feasting on them aren’t special effects, they’re “real,” and threatening (the commercial is repeated several times throughout the hour). It’s even harder to get past the spot for Animal Cops: Phoenix, in which there’s a shot of a puppy with its ears cut off among other vignettes of human cruelty (this commercial is repeated too). Indeed, it’s the Animal Cops and Animal Precinct shows, which, centered in different cities, follow licensed humane-society investigators of various kinds in their daily rounds, that are the most difficult to parse. Certainly many animal lovers are interested in and support exposing and punishing cases of animal cruelty and neglect; and the “cops” on the shows are often heroic in their actions on behalf of creatures whose powerlessness and existential innocence are always at the heart of their appeal to us, and part of the burden we take on when we care for them (and who’s not a sucker for a kitten stuck in a drain). But, like the network itself, the shows also teeter between amelioration and exploitation, as does the channel’s website (“Learn more about some of your favorite Animal Cops from Philadelphia, Houston and more!”; “Browse our archive full of favorite video moments!”). At what point do you need animal cruelty and abuse if you’ve got another season and time slot to program? So many cities, so many possibilities, so much money at stake. 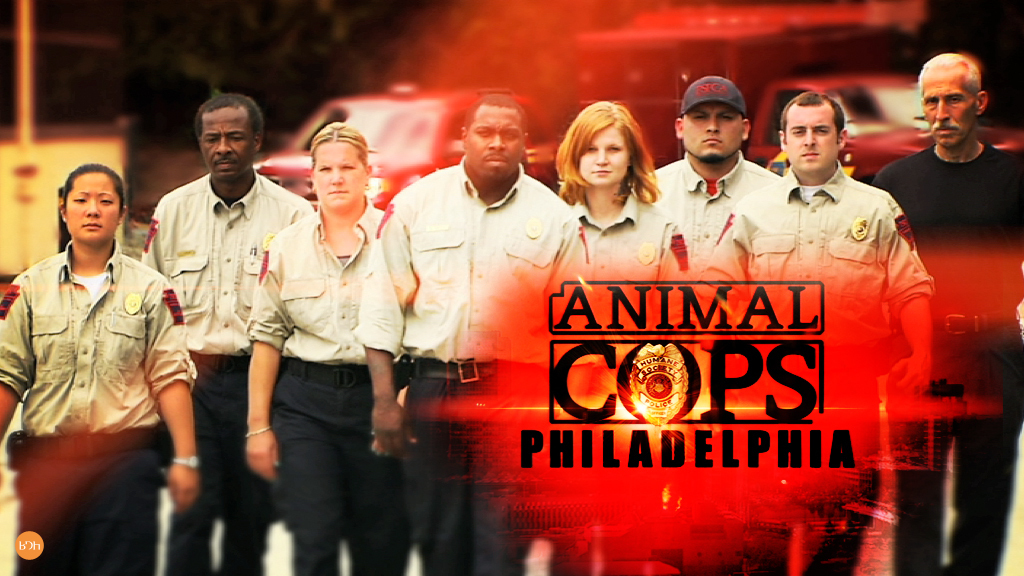 In the end, it’s the combination of piety and gratuitous shock tactics—the “rhetorics of loathing or of condescension,” in Steve Baker’s words—that makes Animal Planet so disturbing to me.2 Most of its primetime shows represent animals as things to fear, that attack you from within and without, even companion animals, even the ones we take into our homes or trust with our children. So an abused puppy is at once a heartrending sight but also just another “animal nightmare” with a strong “ick factor.” Animal Planet’s slogan is “Same planet. Different world,” and there’s an ambiguous self-reflexivity here; the network itself represents two different worlds, and one makes the other extremely unpleasant to inhabit—I’m with Darwin, that to contemplate the plight of the lower animals throughout history is almost more than I can bear, and I can’t imagine that he would enjoy Animal Cops much either. If the show aims to inspire spectators to become animal activists themselves, the way the network promotes it I’m not sure whether the goal is supposed to be to help animals or to become a TV star, a “Top 10 Animal Cop” (I’m not questioning the motives of the investigators themselves).

We all know that cable networks have learned the value of “niche strategy,” of narrowcasting, of positioning themselves to take advantage of what Chris Anderson has termed the “long tail” in marketing (there’s even an all-horse-racing channel now, HRTV).3 If the sometimes horrified fascination that attends to watching a group of willing reality-show contestants battle for the title of “Top Groomer” is similar to that produced by the parasites of The Monsters Inside Me (Groomer Has It was another dog-based Animal Planet reality show that I attempted to watch this summer), the topics are not, in the end, the same, and why they are not is, as always, about power. Again, I have no doubt that many who work at and watch the network do understand animals as “ordinary knotted beings,” in Donna Haraway’s words, that are “also always meaning-making figures that gather up those who respond to them into unpredictable kinds of ‘we.’”4 But the aggressive marketing of the implication that attacks of animals, domesticated or wild, upon humans are equivalent to the attacks of humans—who should, and can, know better—upon animals makes me want to cut off Animal Planet’s own “long tail.” Maybe there’s a new show in that somewhere.

Image Credits:
1.) Victoria Stillwell of It’s Me or the Dog
2.) Brain Parasite on The Monsters Inside Me
3.) Animal Cops on Animal Planet