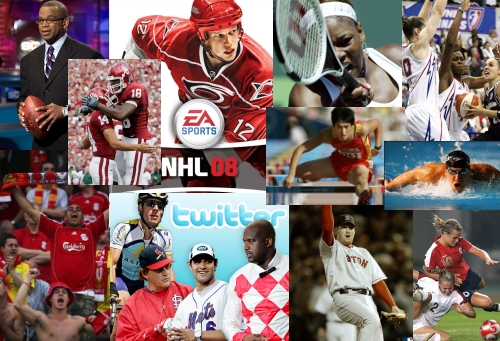 As the NFL bans players from Tweeting on the sidelines and the NCAA bans fans’ unofficial Facebook recruitment pages, it is clear that players, fans, leagues, and media institutions are struggling to maintain control in changing mediated sports environments. Yet it is not just new media that is both enhancing and threatening the relationship between athletic institutions, media industries and fan communities. Major transitions have also occurred in traditional media like television and radio with the 30th anniversary of ESPN’s Sportscenter, and online audio and video available for seemingly every major sport worldwide. Although sports and mass media have a well-established symbiotic relationship, media studies has been slow to embrace sport as a legitimate or significant object of study; this is a negligence that Flow seeks to remedy. Questions to consider might include:

We encourage submissions that highlight and critically analyze contemporary or historical tensions between sports leagues, media industries, technological developments, fans, athletes, representations, and/or significant case studies. We welcome submissions which address any sport, American or International, professional and amateur from tennis and golf, to rugby and hockey, to college football and professional basketball. Flow has a longstanding policy of encouraging non-jargony, highly readable pieces and ample incorporation of images and video. Please send submissions (attached as a Word doc) of between 1000-1500 words to Co-Coordinating Editors Alex Cho and Jacqueline Vickery no later than Monday, October 5, 2009.