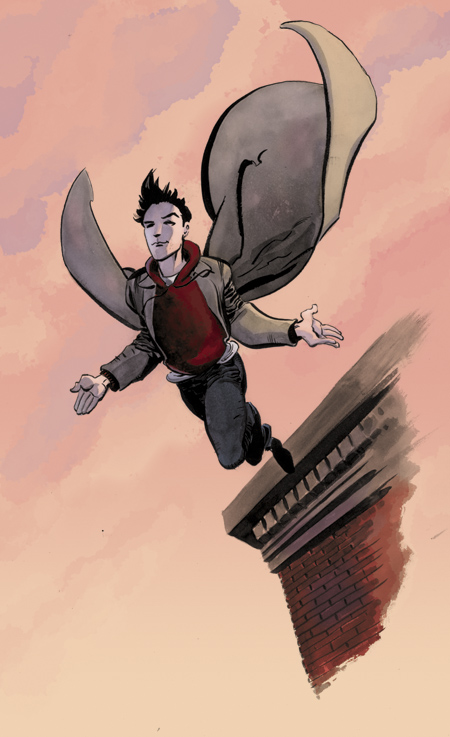 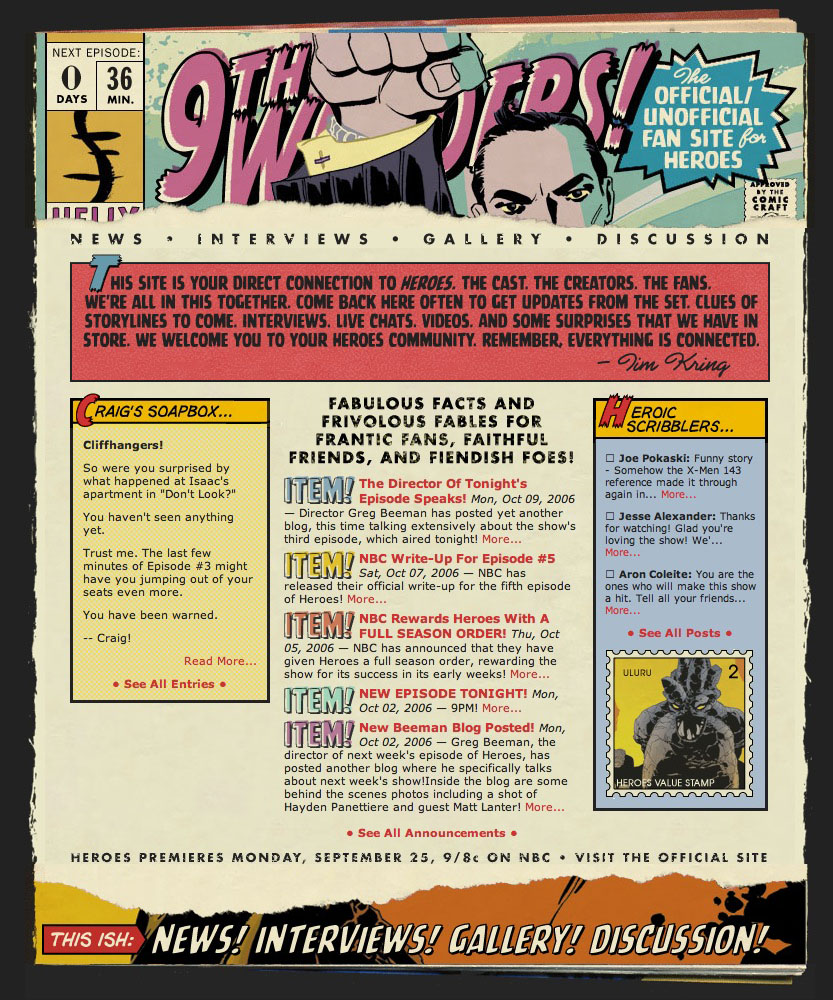 THE 9TH WONDERS SITE WAS THE BRAIN CHILD OF showrunner/creator Tim Kring and his senior executive producers (e.g., Jesse Alexander, Jeph Loeb, Greg Beeman, and Dennis Hammer), seen as a way to stimulate fan interest in the series just as J.J. Abrams’ Fuselage.com had previously fueled early interest in Lost. 3 After seeing the 9th Wonders site for the first time during the Comi-Con convention, excited fan and forum member “Ursa” posted the following blog on July 20, 2006: “…got to San Diego tonight and there were folks there who got into the Preview Night [of Heroes] at Comi-Con. They had HEROES buttons that said 9th Wonders.com. It looked like the “official site” for Heroes writers—so much stuff that I haven’t had a chance to read it all…” She continues: “…it’s a heck of a site, using a comic book theme throughout.” 4

HOWEVER, THE HEROES FRANCHISE was far too valuable to the network to leave its digital future to others. Under the recently expanded NBC.com group headed by Vivi Ziegler, the 40+ members of the team produced an award-winning new website in Heroes Evolution, and, in the process, greatly expanded advertiser interest in sponsoring multi-platform entertainment at NBC. 5 Furthermore, if one measures the success of the official website according to the volume of user generated content it spawns, which in turn provides advertisers with a more engaged viewer, then Heroes Evolution is an unqualified success, as the chart below indicates. 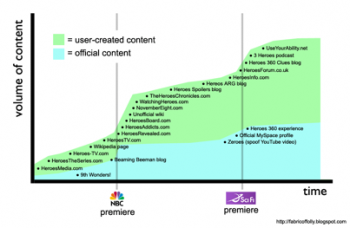 However, raw statistics and quantitative analysis alone may not be enough to measure the qualitative impact of ardent fans’ obsessive fascination with the comic book aesthetic and credentials of Sales and Roshell, whose work is featured on the 9th Wonders site. For instance, Heroes Wiki interviewer Ryan Steward tells Roshell about a 9th Wonders thread devoted to brainstorming ways for the website to “evolve” and asks if “The Powers That Be [NBC] will have plans for 9th Wonders to grow or change along with the show in ways similar to those suggested in that thread?” 6 This revelation that the fans want to influence NBC’s plans for the 9th Wonders site startles Roshell, who responds: “Wow, you guys are dedicated! That’s awesome.… [W]ith the popularity of the show, fans (like you with this Wiki) came along and took care of [the things the writers originally had in mind for the site].7

NBC.COM HAS NOT REMOVED the 9th Wonders site altogether; however, its once fanciful pink banner (now a more staid blue) is now a mere speck in the Heroes Evolutions site, lost in the sea of webisodes, games, comics, widgets, contests, ARGs, and other interactive elements managed by the NBC dot.com group. In NBC’s defense, the whimsical 9th Wonders site probably would not have inspired the lucrative product integration deal that NBC’s sales department and Tim Kring forged in support of the Heroes Evolution site. Furthermore, comic book artists and writers typically do not have the seasoned salesmanship and merchandising and licensing chops to envision such deals. According to web-blogger Dan Taylor, by 2007, there is a new poster child of multiplatform media “in the form of Heroes which has taken Lost‘s exploitation of interactive platforms (and the web in particular) to the next level.”8 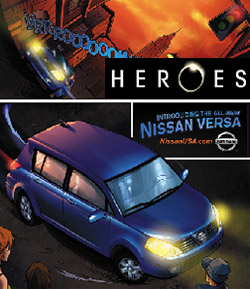 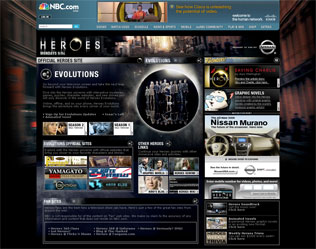 THE 9TH WONDERS FAN SITE WAS BORN of a desire by the latest members of the “Hollywood’s Geek Elite,” composed of “transmedia TV” authors like Tim Kring, Jesse Alexander, and Jeph Loeb, to emulate Whedon’s strong relationship with his Buffy fans.9 However, on a corporate level, NBC Universal President Jeff Zucker and company were looking at former agent Ben Silverman and former marketing executive Vivi Ziegler to create a new regime at NBC—one that understood how to marshal the resources of analog TV dollars associated with the creative work of talented writer-producers like Heroes Tim Kring, while at the same time satisfying advertisers’ desire to engage with audiences through a myriad of digital platforms. Of course, the event that really rocked the broadcast TV industry to its core was the 2007 WGA strike when the writers squared off with the networks over digital—specifically, over whether web-extensions of expensive, broadcast series like Heroes constituted “content” or “promotions.” However, this hot potato will have to be the subject of a later installment of this meditation on the meaning of Heroes 360 for the future of entertainment.