For Every Citizen-Journalist, a Flock of User-Editors: Digg and the Social News Challenge to Professional Journalism
Tony Nadler/ University of Minnesota

This March Barack Obama experimented with presidential communication through a new media forum. The president took part in a live broadcast on the internet in which he responded to questions that had been submitted to the White House website. Like the offline town hall format, the live internet discussion offered the opportunity for “ordinary” people to pose questions directly to the president. Yet the online medium offered something more: a much broader group of people were able to participate in the process. Over 100,000 visitors on the White House website had voted to select which of the user-proposed questions Obama would address.

While the Obama administration has brought internet voting to whitehouse.gov for the first time, they are certainly not the first to imagine that the internet offer the means for activating an engaged citizenry in ways that bypass traditional media structures.  Obama’s internet chat reflects a broad trend in which online voting mechanisms are being deployed to empower citizens to take up tasks that formerly belonged to the providence of professional journalists and editors.

At the leading edge of this trend are “social news” sites, such as Digg, Newsvine, and Reddit.  Instead of editors deciding which stories make the headlines, social news sites create procedures for users to make the key editorial decisions.  The basic idea behind social news sites is that users create or submit links to internet items – news stories, videos, photos, etc.  – and these links appear on the site with their prominence on the page determined by the votes of other users.  Digg was among the first of such sites to become popular beyond the tech community, and it exemplifies the innovative ways social news sites foster community online and offline.  In addition to Digg podcasts and organized meet-ups, Digg initiated a series called “Digg Dialoggs,” which was perhaps the inspiration behind Obama’s internet event.   Digg Dialoggs work by allowing users to propose and vote on questions for a high profile guest.  So far participants have included an eclectic mix of personalities such as Nancy  Pelosi, Al Gore, Sir Richard Branson, and Trent Reznor. For example, Trent Reznor Speaks in Diggdialogg 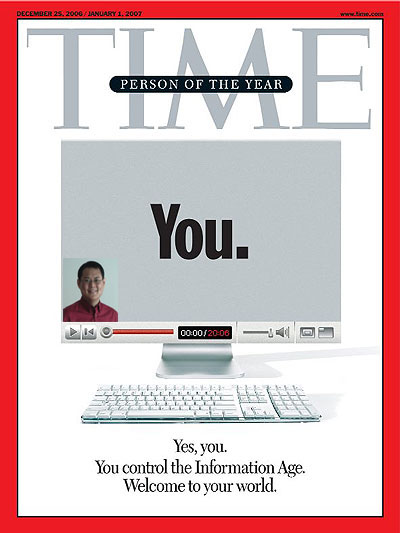 In discussions about democracy and online journalism, much of the emphasis has been put on the figure of the “citizen journalist.” While new-found opportunities for ordinary people to create news are important, a shift that has an equally profound promise concerns the editorial function of journalism.  Online voting mechanisms create opportunities for users to usurp the power of editorial discretion in deciding which issues are granted the highest priority on the news agenda.

The most popular social news sites claim to have millions of unique visitors each month.  Mainstream news organizations have felt the effects that social news sites can have on their readership, dubbing it the “the Digg effect” when there is spike in page views after a story makes it to Digg’s homepage.1 Many news sites and blogs have added icons to their own pages to make it easier for users to bookmark items on social news sites (something surprisingly absent from Flow).

Even beyond social news sites themselves, online monitoring capabilities have surreptitiously recruited users to act as editors; news organizations from The Times of India to Al Jazeera English to CNN have introduced facets to their websites that highlight the “most read,” “most emailed,” or “most popular” stories.  Hence internet journalism has not only facilitated the growth of citizen-journalists, it has spawned an even larger batch of “user-editors.”
Numerous magazines and newspapers have run stories on social news sites invoking the idea that they are democratizing journalism.2 The rhetoric of Digg’s website emphasizes a democratization of news and the power of users over editors.  For example, here is a pitch from Digg’s “about us” page:

You won’t find editors at Digg — we’re here to provide a place where people can collectively determine the value of content and we’re changing the way people consume information online. . . . Once something is submitted, other people see it and Digg what they like best. If your submission rocks and receives enough Diggs, it is promoted to the front page for the millions of our visitors to see.

An oppositional attitude toward professional editors is not unique to social news.  The professionalization of journalism has been criticized from all over the political spectrum since its rise in the early 20th century.   Professional journalism replaced a more opinionated and interpretative form of partisan journalism.  Professionalism offered a defense against criticism among Progressives and radicals that the press reflected the values of its wealthy owners.  This was at a time when competition among local daily newspapers was giving way to monopolization.3 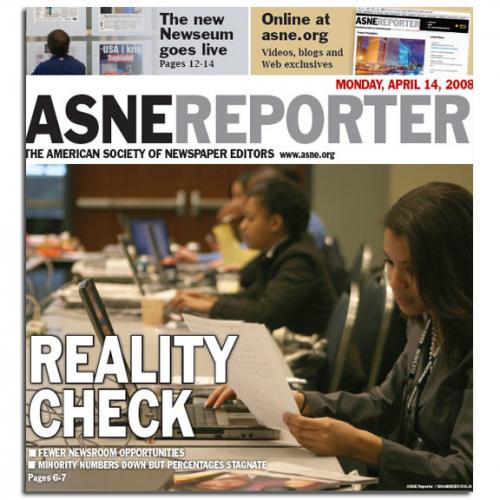 Professionalization entails a technocratic approach to setting the news agenda and can foster an anti-democratic insularity among journalists who feel little need to respond to public input and criticism.  Social news sites challenge the professional authority of journalists, but social news certainly does not mean the extinction of professional editors’ relevance.   Mainstream news influences what kinds of stories users link to social news sites.  It’s still news professionals who decide what stories to invest in with the type of resources that major organizations offer. Still, the dynamic of online news is one in which professional journalists are increasingly attuned to internet users’ reactions.

In the most optimistic view, social news frees users to explore news without professional gatekeepers.  However, social news creates its own filters, and users rely on the aggregated judgment of their fellow users to decide what items deserve attention.  Social news does not offer a means to construct a news agenda that simply reflects an autonomous will of independent users.  The preferences expressed by social news users will be affected by the structure of the sites themselves and the greater social context shaping perceptions of news.  In other words, like opinion polls, music charts, and consumer markets, social news expresses endogenous rather than exogenous preferences.

Decisions made by the administrators of social news sites help shape the expression of user preferences on their sites.  For example, Digg relies on a secret algorithm to determine exactly how the votes will be counted and which stories are promoted its most prominent pages.  Such algorithms are important for social news sites to counter publicity agents or other users to manipulate the outcome.  In 2008, Digg reformulated its promotional algorithm to make it more difficult for groups of users to coordinate campaigns to bring a story to prominence.  While this strategy might provide a necessary defense against publicity agents trying to game the system, it also makes it more difficult for coordinated political activists to try to influence the news.

Image used in a Zmogo Article on Digg’s Secret Algorithm

While social news sites offer potential counterweight to professional news values, I still think it is important to stress that neither social news sites nor other internet technologies offer all the solutions to the problems of democratic journalism.  With the collapse of newspapers, many people are starting to rethink the basic societal role of journalism.4 No longer is it taken as a given that the future of news will operate on the same models as the past.

This makes for an auspicious moment of cultural politics and activism.  However, the possibilities of the moment could be diverted by too much faith in the internet.   Tech gurus and network enthusiasts such as Stephen Berlin Johnson suggest that the technical capabilities and network logic of the internet create an ecosystem that might by itself generate an optimal future for news without any political or collective action needed.  Instead of leaving it up to the online market, I hope we keep the future of news open to public debate and contest.  Envisioning the future of journalism is not just a technical or economic question about what models of journalism can survive online but a political question about the fabrication of a shared social world.

Tony Nadler is a doctoral student in Communication Studies at the University of Minnesota. His interests include media history, political economy of media, cultural studies, and social theory. His dissertation project is a historical investigation of different models of news audiences that have guided the efforts of media organizations to make news popular and appealing since the late 1960s.

Image Credits:
1. Image of Social News and Social Imaging Logos
2. YOU as Person of the Year 2007
3. Newsletter for Professional Editor’s Association
4. Image used in a Zmogo Article on Digg’s Secret Algorithm\