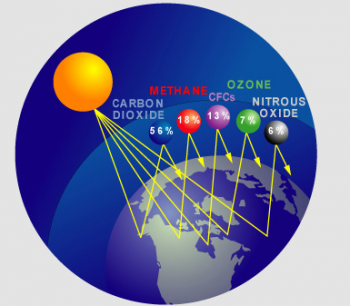 The observant reader may have noticed that out of my previous two Flow articles two significant themes emerge. The first one is the pervasiveness of good intentions when it comes to tackling pressing issues like globalization (in the case of Arundhati Roy) and the current financial crisis (as with Barack Obama). In both cases, my criticism is not directed at Roy and Obama themselves (even though one may accuse them of being subject to and playing into a certain naïveté), but rather at the logic of a larger economic system of mediatization – which I have dubbed speed-elitist capitalism – that gives rise to a certain displacement of their good intentions. The second theme that arises therefore in light of this, is how the speed-elitist logic and its politics seem to be increasingly based on some form of delusion or hallucination, in which the activist or political actor shares a technological perpetuation of a certain questionable faith with her or his audience. This faith, combined with the curious logic of mediatization, in turn generates a widespread acceptance of a very particular version of the ‘truth’ that seems to have as its prime outcome to reflect back to us who we believe we are and what we believe we can do – in Jean Baudrillard’s illustrious words, this truth is hyper-real.

In this recent neoliberal procession of delusions and their good intentions, one such a hyper-real truth currently stands out more than any other: the Reality of Global Warming. It is utterly astounding how this a few decades ago relatively obscure scientific model has made alarmist headlines in pretty much all so-called developed nations. Once again, the reader must appreciate here that I am emphatically not arguing that there is no such thing as a greenhouse effect, and that we should all go back to sleep and forget about the possible negative effects of our industrial and technological ‘progress.’ It would be prudent to take note though that the greenhouse effect is merely one scientific hypothesis among many in relation to climate prediction. In fact, there are just as many climate-related hypotheses that suggest CO2 emissions will cool down the globe, that calculate that a rise in CO2 is an effect of natural warming, and even that predict higher CO2 emissions will have no impact at all. I am also not suggesting that the greenhouse model is a deliberate governmental or corporate fear-mongering ploy in order to better exploit citizen-consumers, although government and industry certainly have stepped onto the greenhouse bandwagon to initially niche-market and now mass-market ‘green’ products and incentives. 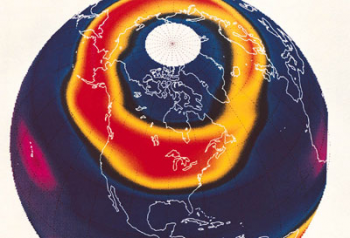 What I instead propose is that the greenhouse model should not be grasped as warning us about some possible catastrophe in the near or far future, but should best be understood as an allegory of all the current social and environmental violence that our technological progress engenders. As Paul Virilio would have it, the true ‘accident’ of acceleration is not some future apocalyptic event; the accident has in fact already happened. Understood in this way, it becomes clear that the fashionable mediatization of the greenhouse model successfully eclipses the real, dissimulating and hence perpetuating the actually existing problems, violence and desperation in relation to techno-neoliberalism. The simulation of this popular scientific model importantly functions as a Lacanian synthetic mirror: it reflects back to us ‘as truth’ three pervasive scientific and humanist delusions under speed-elitism. These delusions are, one: that we have established beyond doubt, by way of our extraordinary wits and apparatuses, that global warming really exists; two: that we ourselves are the main cause of this global warming; and three: that we have the means to combat this self-inflicted global warming by merely adjusting our consumerist lifestyles and inventing ‘greener’ technologies – the ubiquitous mirage of the techno-fix. As Al Gore’s website “An Inconvenient Truth” unflinchingly proclaims: “we can solve the climate crisis.” All this must be understood in light of this scientific and humanist model itself harboring these three elements already as its grounding assumptions, which our technological and media-apparatuses then merely reconstruct and inflate as if it were reality by providing us with the appropriate ‘facts’ and ‘data,’ like infrared satellite images showing higher temperatures in certain geographical areas. Whether eventually true or untrue, the story of the greenhouse effect therefore in any case comprises the clearest contemporary occurrence of Western enlightenment hubris if there ever was one. And it is this Narcissistic techno-mirroring that has made this particular scientific model so fashionable and popular, not its bare scientific legitimacy. 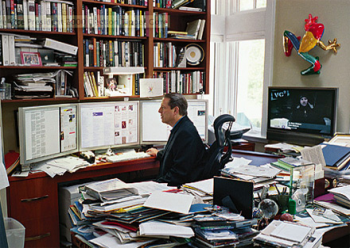 The extent to which this hallucination dissimulates the current negative fallout of technological-scientific ‘progress’ and gets wrapped up in ‘combating global warming’ (note also the militaristic language typical of speed-elitism) to the point where it becomes bizarrely self-contradictory, can be gathered from the huge political, corporate and activist mobilization around global warming. If one already believes in global warming being an effect of humankind’s CO2 emissions, then how can one explain the escalating use of transportation and communications technologies for combating it? I have earlier pointed out how this inconsistency emerges in serious games like for instance Global Warming Interactive – CO2Fx, but this peculiar paradox also returns in many other well-meant activist endeavors. In fact, the huge mobilization on- as well as offline of political, academic and corporate activity is itself directly implicated in the current acceleration of violence under neoliberal globalization. How can it be for instance that someone like Gore produces a disaster movie like “An Inconvenient Truth” (imagine the amount of electricity going into its filming, editing, dissemination, and screening alone), all the while happily flying across the United States to appear on Oprah and even across the world to announce ‘his’ message, sitting behind the desk in his office stacked with three 30 inch cinema displays, one always-on television feed screen, and copious printouts, telling us on television and YouTube to change our lifestyle in order to ‘save the earth’?

One can only conclude that Gore is either an utter hypocrite, or – and perhaps more likely and dangerously – that he and his team are themselves under the spell of the hyper-real greenhouse model and the dissimulation of its relationship to the use of air-conditioned computer networks and fossil-fueled transportation. Whether hypocrite or deluded activist, it is at any rate outrageous that Gore won a Nobel Peace Prize for this, unless the Prize is really awarded for the greatest display of naivety – never mind mentioning that many other activists have been announcing the same message for eons yet walked away with no financial rewards. The reader may object that Gore’s movie aims at prospective change, but I would rebuke that the ultimate illusion here consists precisely in how the system of communication itself that underlies the dissemination of this conceited movie and model, always already presupposes the Promethean promise and premise that technological disaster as well as its salvation reside in some just-out-of-reach future. It is this promise that today fuels – pun intended – environmental activism and philosophy, as well as its current disenfranchisement, negative fallout and technological acceleration for the speed-elite like Gore. Eventually, there is an aporia at work in all these well-meant mobilizations, in which the unintended effects of these mobilizations themselves oddly spiral into calls for even more vigorous technological, academic and political activity. It seems to me therefore that Gore’s rejoinder is not at all unique, but typical of another paradox: the one of the philosophical (environmental) critique. If the CO2 induced greenhouse effect is really happening, there is no way we can reverse this by making lifestyle changes à la Oprah. We would be wiser to step off our high humanist-scientific horse and receive it as the natural force that it is. But I can only argue this assuming that the greenhouse hypothesis is at base true. So finally, its simulation returns here in its most crystallized form: at this very moment of my technological enunciation and propagation, and you reading this alarmist article online in your air-conditioned office or home. Dire effects indeed.