The Right to Play: Youth, Video Gaming, and the Law
Carly A. Kocurek / University of Texas – Austin 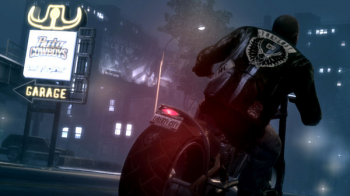 A screenshot from Grand Theft Auto IV: The Lost and Damned

On Friday, February 20, 2009 the 9th U.S. Circuit Court of Appeals United ruled against a California law banning the sale or rental of “violent” video games to minors, finding the 2005 statute to be a violation of minors’ rights under the First and 14th amendments. Video Software Dealers Association; Entertainment Software Association v. Schwarzenegger et. al. addressed the validity of a statute which would have restricted youth access to violent games via sale or rental. Although signed into law by California Governor Arnold Schwarzenegger, the regulation never went into effect, and the industry filed suit almost immediately. This is not the first time the United States’ federal court system has been asked to assess the validity of regulations intended to restrict minors’ access to video games. The U.S. Supreme Court ruled in 1982 on the case of City of Mesquite v. Aladdin’s Castle, Inc.1 In that case, the court decided against a law restricting access to coin-operated video games for youth under the age of 17, who would have had to keep their grubby paws off of “amusement devices” unless accompanied by a parent or legal guardian. The court found the Mesquite, TX city ordinance unconstitutional in part because it violated the due process clause of the Fourtheenth Amendment and was without a rational basis. 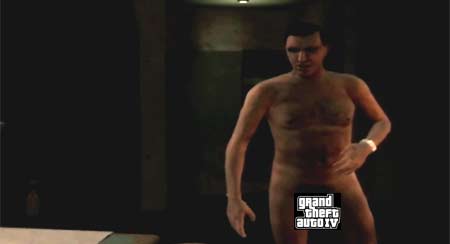 The downloadable Grand Theft Auto IV: The Lost and Damned features a hearty heaping of violence and full-frontal male nudity

Now, fast forward some 25 years, and we find ourselves confronted by a similar statute in California. While there’s been a bit of a media shift—after all, no one seems to be all too worried about the insidious influence of arcades these days—the general concerns presented in both pieces of legislation seem similar. In both cases, the ostensible goal of the regulations was the protection of minors from “bad influences,” figured alternately as coin-operated video game machines in seedy arcades, or as violent games making their way directly, horrifyingly into the home. The looming threat may have changed, but what it threatens has not. In both cases, the fear seems to be that the young may be molded into burgeoning criminals, whether by some poorly lit arcade with a pot dealer surreptitiously operating alongside the quarter guzzling machines or by the latest Grand Theft Auto.

Although the court system has set some legal precedents for limiting the rights of minors, and both the California statute and the Mesquite, TX ordinance applied to minors specifically, there is no legal precedent for curtailing their access to violent materials. Industry organizations including the MPAA and RIAA age-rate materials based on violence, but these ratings carry no legal weight. In fact, even the TV Parental Guidelines proposed by Congress, the industry, and the FCC have no legal force. There is no legal precedent for restricting youth access to violent materials, even if there is, through the work of the film, music, and television ratings systems, a para-legal one.

The plaintiffs in the recent video game case (which may or may not make it to the U.S. Supreme Court on further appeal) argued in part that allowing the restriction to stand could lead to further limitations on free speech justified on grounds of “protecting” the young, which seems to be a valid fear. As the video games in question clearly do not pose a threat to the state in any immediate way, there are two arguments that could be made for their legal restriction: that they are obscene, or that they are an incitement. At present, only media depicting sexual acts, masturbation, excretory functions, and/or “lewd exhibition of the genitals” (not to be confused with non-lewd exhibition of the genitals) can be ruled as “obscene” in a way that makes them illegal.2 Restricting access to “violent” content would doubtless create a legislative mess not unlike the decades of debate over what constituted obscene materials. There are, of course, other limitations to free speech, most notably the restrictions that constitute “a clear and present danger” as articulated by Justice Oliver Wendell Holmes, Jr. in Schenck v. United States.3 However, currently no legal precedent would allow for the state policing of violent media that are not actively inciting violence against the state or similar.

Penned by California Senator and child psychologist Leland Yee (D-San Francisco), the 2005 law aimed to prevent those under the age of 18 from buying or renting violent video games. In a move that can best be described as completely unsurprising, the industry sued the state of California almost immediately after Governor Arnold Schwarzenegger signed off on the regulation. The irony of action hero turned politician Schwarzenegger endorsing restrictions aimed at keeping the young away from violent media perhaps goes without saying, and the rehashing of a public debate about violence in video games has begun to sound like a broken record. 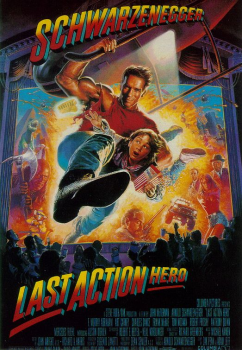 Arnold Schwarzenegger, out to protect the young from explosions and other acts of violence in video games

But, there is something else being rehashed, as well, which is the rationale behind the U.S. Supreme Court’s ruling on City of Mesquite v. Aladdin’s Castle, Inc. The federal circuit court ruling in Video Software Dealers Association; Entertainment Software Association v. Schwarzenegger et. al. and the U.S. Supreme Court ruling in City of Mesquite v. Aladdin’s Castle taken as a set, have significant implications for the definition of free speech as it applies to youth and media. In neither case does the court concede that video games are an incitement that may precipitate real-world violence or that violent games qualify as obscene in some way. That both the court and the industry would rather rely on an industry-generated ratings system is clear.

However, the decisions have a further implication, one which doubtless does more to increase than to decrease the discomfort of would-be guardians of youth. In both cases, the court effectively argues that the right to play games—whether on publicly accessible coin-operated machines or on home console systems or computers—is an issue of free speech, and therefore protected, even for the young. Also in both cases, the attempted restriction is made at the point of purchase, which is to say that the right being protected by the courts is not only the right to view certain materials, but to consume them both as media and as commercial products. In short, consumption itself is protected as a fundamental civil right as it becomes bound to the right to free speech.