‘Using One of its Lifelines’: Does Politics Save Saturday Night Live from Oblivion?

Hidden behind the question of why Saturday Night Live is important are two other questions that we’d like to address: (1) is it really important and (2) should it be important?

The first of these questions may seem to have an obvious affirmative answer in the wake of Tina Fey’s masterful framing of Sarah Palin. If Palin didn’t decimate Palin enough, Fey’s eerily spot-on impression cleaned up the remaining debris. All of a sudden, everyone was talking about SNL, its ratings climbed, and its online viral afterlife showed further evidence of must-watch television in a mostly may-watch television era.

But for most of its recent history, SNL has been entirely unremarkable. To claim importance is to claim that watching the show has mattered, and most weeks it simply has not. Not knowing a single sketch or cast member has proven about as damaging to one’s ability to fit in culturally as has not knowing the season three character arc of Andy on According to Jim, or not knowing who won Battle Apple on Iron Chef America. Before we get accused of snobbishness, let us be clear that we mean no disrespect to these shows. Indeed, Jonathan loves Iron Chef America, but we will not pretend to call it culturally important. SNL, too, has more often than not been just another show.

The rare exceptions come either (1) retrospectively when a cast member hits it big, or (2) during elections. In the first instance, its importance is archival: if one wants to know where Will Ferrell began developing his various comedic personas for example, consult SNL. And surely, SNL has been a regular stable for comic talent in the United States. Many of its cast have gone on to nothing much at all, and many of its eventual superstars have done many bad sketches while at SNL, but we will not begrudge the show’s considerable success at producing many great comedians. SNL has often been called “grad school” for comedians. Yet, as with most grad schools, its progeny have often produced their best work after graduation and further maturation. Lorne Michaels can notoriously claim responsibility for the show’s better talent (and even more notoriously, expects them to show due homage by coming back to the show for little or no pay), yet if one wants to see its cast’s best work, one is nearly always better off looking elsewhere. 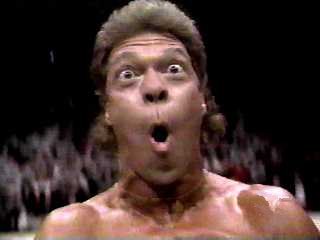 The post-SNL career of Joe Piscopo

The second instance is responsible for most of the declarations that it is important in the here and now. When people are abuzz about needing to watch SNL, and when SNL sketches are referenced throughout conversations and the press, it is nearly always election time. Whether it’s Chevy Chase doing Gerald Ford, Phil Hartman doing Bill Clinton, or Tina Fey doing Sarah Palin, its political impressions regularly rocket it into the public eye. This is by no means automatic – the show proved largely inept in 2004, for example – but SNL’s widespread popularity, and hence its “importance,” is usually linked to an election year.

Oddly, though, for a show whose reputation is in part built on political humor, its satire has usually been weak at best. Darrell Hammond may do wonderful impressions, but the humor usually stems from his mastery of his subjects’ vocal intonations, inflections, and ticks. Dana Carvey is famous for his George H. W. Bush impression, but what satiric message did that impression really have? None, as evident by Bush’s embracing of Carvey and the impression. When a satirist does his or her job properly, the object of their scorn doesn’t like them, yet politicians have regularly enjoyed their SNL doppelgangers.

A notable exception, Fey’s excoriation of Palin was touted by Palin as funny, yet even then she had to claim to have had the sound off, surely recognition that the satiric content wasn’t at all flattering. SNL impressions usually pick odd personality quirks and riff off them, again and again. As impressions, they can be amusing, but as satire they often fall flat. If, as George Test notes, satire must be playful, funny, judgmental, and aggressive, SNL rarely taps aggression, while its judgment is of how people speak or walk, and of nothing more important.

Here, then, we move to the second of our questions above: should SNL be important? Or, to rephrase, given that its political humor is rarely satiric and hence largely ineffectual, why is it that so many still give it the badge of honor of calling it smart satire? When we tell people that we study satire, why is it that many ask if we look at SNL?

If so many talk of SNL as satiric, we would suggest that this is a sign of how little competition has been offered over the years, and of how low the standard on network television has often been set for what constitutes satire. Thus, if SNL is important, it is often because few broadcast networks have committed the resources necessary to challenge it. Come election time, we can guarantee that someone on SNL’s cast will do an impression of a leading candidate, but the same cannot be said of most other broadcast network outlets. 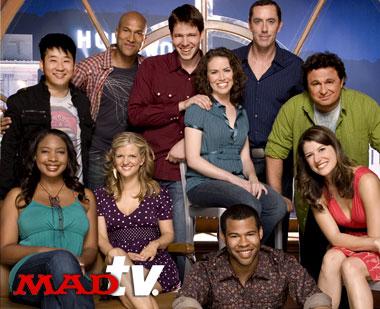 The not-so-memorable cast of SNL’s competition on Fox, MadTV.

Over on cable, recent years have seen vibrant competition. Palin aside, and Al Franken’s McCain sketch as exception, SNL’s recent election coverage was characteristically feckless, while Jon Stewart and Stephen Colbert were showing the nation what real satire looks like. South Park has its moments too, especially when Trey Parker and Matt Stone pull off a last minute special. Satire exists elsewhere, even occasionally on network television, but often at a broad level, with broad targets, a choice necessitated by the production time of most shows (when, for example, The Simpsons can take a year to produce, it’s hard for the show’s team of social satirists to take aim at any one candidate or policy). Letterman, Conan, and Leno have their moments, but they are largely moments. And thus network television is still a rather barren landscape for of-the-moment political satire. SNL may be the closest thing on offer, yet that’s not saying much.

SNL talk is inevitably nostalgic and assertions about its political relevance are no different. It may be that this nostalgia is rooted in the role SNL plays as a sort of satire gateway drug. Having encountered SNL casually during high school, some develop a taste before moving on to the hard stuff like Stewart or Colbert, but still return to watch (or invoke) SNL nostalgically. Nowadays that taste might have already been primed by The Simpsons or South Park, but SNL adds the immediacy of sketch comedy, and it does so in the context of teenage (forgive us) Saturday night lives.

To close, though, let us go back to Fey’s Palin impression. This was legitimate satire. Aided by the fact that Palin was a largely unknown entity, and hence relatively open for authoring by others, the impression did real political damage. Yes, Fey looks a lot like Palin, and yes, she got the voice down. But while many SNL sketches end there, Fey’s sketches bristled with judgment and aggression. This wasn’t just mocking Gerald Ford for being clumsy or Hilary Clinton for wearing pantsuits; something important was being said. And what happened? SNL didn’t just become something to laugh about, it became something to quote. Instead of being a sidebar to political discussion (as it has been so often in its career), it added itself to the discussion. And its popularity, its importance, went through the roof as a result.

The television industry has long worked with the notion that controversy doesn’t pay, and that it’s safest to avoid explicit politics. Yet a tour through television history tells us that this logic is not logical. All in the Family was one of the more popular shows of its time. One of American primetime television’s most iconoclastic shows ever, The Simpsons, is soon to become its longest running. In The Simpsons’ wake, South Park made Comedy Central one of the more popular cable channels out there. Few shows command as loyal a following and as consistently glowing reviews as The Daily Show and The Colbert Report. And for a brief moment in 2008, SNL became legitimately important, and, with it, madly popular. So why are the networks still so sluggish in learning the lesson that satire sells? We pose that if they learned this lesson for real, then SNL would only remain popular as archive. In a land without humor, Pauly Shore would be a comic mastermind, and in a land without much satire – a land called American primetime network television – SNL still hangs on as relevant and important.