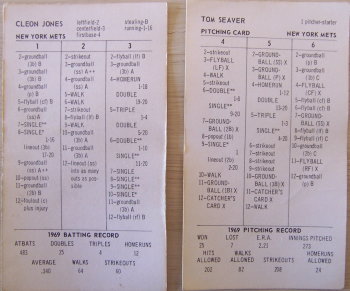 The Pleasure of Strat-O-Matic Cards…

My last column addressed the role of game studies in media studies. In this column, I’d like to dig deeper into game analysis by looking at the role of chance in gameplay.

Thirty years ago, over the summer between fourth and fifth grades, I fell in love with a game called Strat-O-Matic Baseball.1 In Strat, every player is represented by a cardboard card listing three columns full of possible results of an at bat. For each at bat, you roll three dice – one red and two white – and look up the results on the players’ cards. For 1-3 on the red, you look on the batter’s card, for 4-6 the pitcher’s. You total the two white dice to determine where down the column you find the result.

The game held many pleasures: the fantasy of control over the ballplayers, the social interaction with the kids with whom I played games and swapped cards, the tactile thrill of holding the cards and rolling the dice. But at the core was my fascination with the game’s numbers. The combination of three dice led to 216 possible outcomes. (6x6x6). That meant you had 1 in 216 chance of rolling, say, a 1-12 (often resulting in a player injury, the duration of which was determined by generating another random number), and a 6 in 216 chance of rolling a 3-7 (since, as in craps, 6 different combinations of white dice would total 7). I quickly memorized the odds of each combination (aided by a chart I found in a book on Monopoly2 ), and learned to add up the probabilities on each player’s card at a glance.

Learning these probabilities gave me a sense of mastery over these cardboard ballplayers, which compensated for my limitations on the physical ball field. Through junior high, I grew fairly obsessed with Strat. In addition to playing with friends, I would organize solitaire all-star games, tournaments, and simulated leagues. I once reran the 1979 New York Yankees season to see how it might have turned out if the great platoon lefty slugger Oscar Gamble, who was acquired at midseason, had played for them all year, every day. (They won the pennant.) 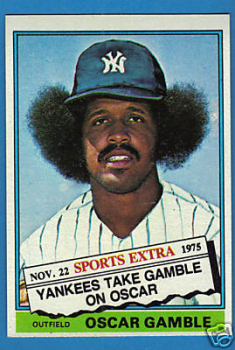 Strat also introduced me to the quantitative study of baseball pioneered by Bill James – a movement which would go on to revolutionize the way the game today is played, managed, and enjoyed. The worldview of sabermetrics (a term derived from SABR, the Society of American Baseball Research) celebrated rational inquiry, empirical research, and skepticism for the received wisdom of the baseball establishment. James regularly published research suggesting that such shibboleths as batting order protection and clutch hitting were simply old managers’ tales.3 Reading Bill James and playing Strat-O-Matic made me feel like one of the cognoscenti who understood how baseball really worked.

Strat-O-Matic reifies the complexity of a real-life game of baseball. It takes all the messiness of a social institution involving the interactions of 18 players and thousands of fans in a three-dimensional physical space, and boils it down to dice and cardboard. Left out is the poetry of the double-play pivot, the smell of the grass, and everything else that can’t fit into a box score. 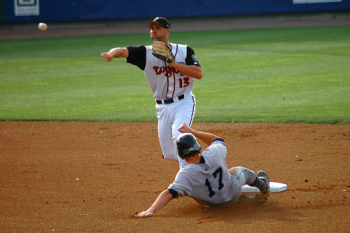 That’s OK. That’s what games do: they’re forms of “world reduction,” simulations designed to model and interpret a more complex whole.4 Baseball itself is already world reduction, reducing human interaction to a series of balls and strikes, outs and runs, winners and losers. Strat just takes that minimalism one step further.

But what I’ve come to recognize is that in my romance with mathematical rationality, I had repressed my attraction to the other half of Strat-O-Matic’s – and almost all games’ – allure: the role of random chance. I carefully collated my statistics, ran my percentages – then played the game by rolling dice, over and over. Where reason ended and luck began was exactly where work became play. It was chance which produced the excitement of the games – the improbable rallies, the no-hitters, the walk-off home runs. 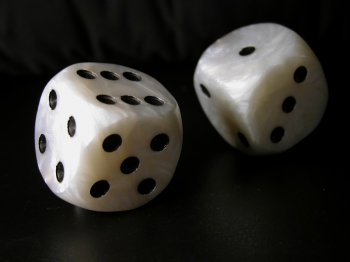 What sparked the return of this repressed thought was something I found in a New Age bookstore recently: The Baseball Tarot.5 Tarot cards, one might think, are the antithesis of what the sabermetrician stands for: pure superstition, untethered to any system of rational logic. Yet, I couldn’t get over the similarities between my Strat cards and that Tarot deck, which replaces the traditional Rider-Waite cards such as the Fool, the Hierophant, and the World with baseball equivalents the Rookie, the Manager, and the World Series. The accompanying book offers alternatives to the traditional Celtic Cross layout such as, you guessed it, the baseball diamond. 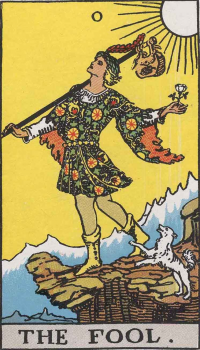 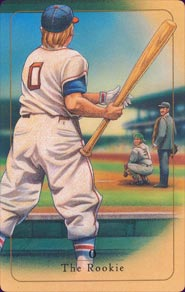 The Fool and The Rookie

The Tarot works through what Carl Jung called synchronicity: the tendency of the mind to find meaning in apparent coincidence.6 The reader shuffles the cards, lays them out, then relies on the juxtaposition of archetypal images to stir unpredictable associations out of the unconscious and into consciousness. It’s the same alchemy explored by William S. Burroughs in his “cut-up” experiments in randomly generated prose, and by John Cage in his compositions produced through throws of the I Ching. And it’s what produces meaning in any game involving chance, including not only Strat-O-Matic but real-life sports as well, which so often turn on luck as much as skill.

Sports and games are story-generating machines. Out of a series of unpredictable moments spins an idiosyncratic narrative, familiar in its shape yet different every time, thanks to the role of chance. Once each tale has been told, we can’t help but ascribe the result to more than luck, because narrative always produces meaning.

The sabermetrician in me likes to think that I know how to separate skill from luck: to treat skill as signal, and luck as noise. But the narratologist in me recognizes that I’ve had it backwards. All that statistical analysis just allows me to rationalize and compartmentalize my fascination with synchronicity. That tarot deck forced me to recognize that playing Strat-O-Matic, all along, had been a form of divination.