On the Digital Music Wars: Where Are We Now?
Patrick Burkart / Texas A&M University 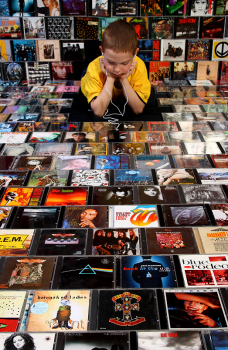 The music service provider or “MSP” model emerged about 2003 – 2004 after legal wrangling over catalog access among the Big Four record labels and the US Department of Justice. The MSP phase of digital music distribution’s development has morphed into different lines of business since McCourt and I sketched it (Burkart and McCourt 1). I will put these into the context of contemporary changes in the music business.

The evolving media economics of the Celestial Jukebox.

Loose integration (Burkart2) continues to characterize the structure of the markets for popular music recording and distribution. The entertainment industry’s spate of technology mergers and acquisitions during the go-go years of the 1990s is a fading memory. Financially, the majors are weaker. However, today, the Big Four are still unable to find compelling reasons to further consolidate from four to three or two companies.

Loose integration in the music industry may be becoming looser still. After Warner Music was spun off from Time Warner, it made, and then ended, merger considerations with EMI. In a debt-financed deal, “private equity firm Terra Firma Capital Partners acquired EMI Group” in 20073. By the end of 2008, EMI’s debt exceeded its assets.4

The credit crunch has reduced firm productivity across the board, primarily by putting new pressures on A&R and marketing executives. “Cost controls and the search for ‘digital natives’” such as Barry Weiss (the new Sony BMG head) and Douglas Merrill (EMI’s new digital strategy executive) have led to the ousters of some old-guard players. (Edgecliffe-Johnson5) 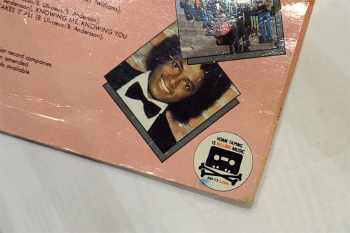 Superior business models to CD sales are as yet unknown. While the majors are rushing to sign digital distribution deals with multiple content packagers (for cell phones, video games, and the like), there is growing concern that digital revenues are not compensating for declining CD sales, (Fenton6) and that there is no likely replacement emerging any time soon.

Worse still, reliable sources of marketing new music have eroded. The synergistic marketing function of radio play was disrupted after an aggressive anti-payola campaign by New York State AG Eliot Spitzer led to large cash settlements to indie labels and other small players by the Big Four. ClearChannel radio sold its assets to a private equity firm before the radio industry began to feel the beginning of a financial townturn in 2007. The widely expected expansion of Sirius and XM satellite radio subscriptions was a pipe dream. Both firms struggled to survive independently, then sought and won a merger in 2008. The company faces bankruptcy in 2009.

A relaxing of the cultural lockdown?

MusicNet became MediaNet, and exited the retail market for downloads. Rhapsody continues to offer subscription streaming services. Best Buy acquired Napster in late 2008. The dominant digital distributors have slowly migrated to DRM-free digital distributions. Amazon, iTunes, and eMusic all offer DRM free downloads from all the major labels. Advertising supported streaming music sites, such as Last.FM (CBS), Imeem, and Qtrax are trying “to appeal to the vast number of fans who refuse to pay for music downloads from a site such as Apple’s iTunes online music store and instead listen to it for free, often from illegal file-sharing sites.” (Chaffin7) 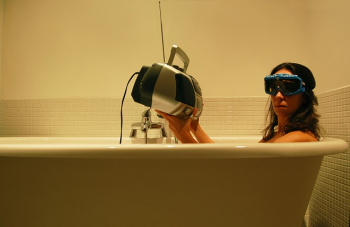 Consumer Suicide? OR A Sea of Possibility?

Nothing changes that would affect the underlying rules of the game for a revenue model based on digital rights management (DRM) and customer relationship management (CRM or personalization). Declines in consumer spending on CDs have continued, and declines in paid digital music downloads have begun (Fenton 2008). “Physical piracy” or unauthorized ripping has displaced online file sharing as a cause of recording industry concern, (Edgecliffe-Johnson8) partly because it is less detectable.

DRM is receiving increased attention as an abusive corporate practice. (Gillespie9) The terms of licensing for digital distributions are receiving increased attention by powerful legal institutions. Music companies are pushing for new TV and radio licensing royalties in the US, and also for copyright term extensions in the European Union. (Tait10) The US Copyright Royalty Board decided against a proposal by download sites to raise the royalties for digital music licensing. (Edgecliffe-Johnson11)

Industry responses to the gift economy.

iTunes retains about 70 percent of all revenues from digital downloads.v (Edgecliffe-Johnson and Allison12) It competes with the gift economy as well as other outlets reselling major label music. The International Federation of the Phonographic Industry is shifting resources from its mass-litigation strategy that generated tens of thousands of lawsuits against purported P2P file sharers in the gift economy, to a new strategy aimed at making “ISPs responsible for illegal file-sharing and adopt a ‘three strikes and you’re out’ policy to remove internet access from repeat offenders” (Fenton 2008).

Major record labels have clung to DRM, even as they make new announcements about DRM free music distributions with iTunes, Amazon, and eMusic. Many DRM critics have claimed all along that the majors should have dropped DRM sooner to slow their precipitous losses in digital download and CD sales. They have pointed to the new tiered pricing schemes (more expensive DRM free downloads) as an inevitable change of strategy over conditional access, along with bundled access, such as Nokia’s “Comes With Music” (Edgecliffe-Johnson and Allison, 2008). Ringtones, ringmasters, and other spin-offs diversify the digital offerings. 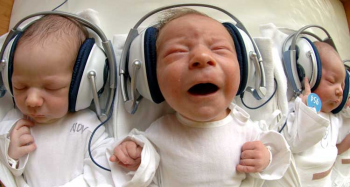 Paying to Listen: From the Cradle to the Grave

Google/YouTube has filled in the music video void left by MTV’s effective exit. Cable TV is declining as a marketing factor for music, relative to streaming online video services. Despite hegemonic presence of the Big Four, DIY artistry, fan culture spoofs of mainstream songs, DJ remixes, and club culture music, hatch on YouTube and its alternative streaming video sites, and are spreading to mobile platforms. Social networking may be competing with radio soon for audiences for music. Early major label deals with MySpace gave that site a lead over Facebook, which has dragged its feet with streaming services, as it has assumed primacy in social networking.

The sector remains largely, but not entirely, unregulated. SoundExchange has emerged as a de facto digital clearinghouse and gatekeeper to licensed access to music catalogs. And, the Library of Congress has emerged as a powerful arbiter of royalties for webcasting and other online “performances.” There are stricter rules for unauthorized copying, and a new “IP czar” in the White House to coordinate national antipiracy efforts. However, courts have begun to resist the outlandish harms and damages claimed by the record labels at court against accused file sharers.

Legally, the Celestial Jukebox has grown more secure, with new power centers to anchor it to the music lifeworld. (Burkart13) And, partially in recognition of this fact, cyberlibertarianism flourishes both in technology practices, and as an ethos among music fans (Burkart forthcoming).