Minding the Gap: Barack Obama and the Demise of Representational Politics 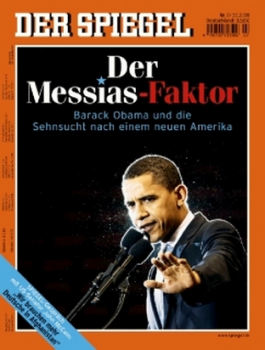 In my last contribution to Flow, I suggested that there is a digital mediation of East and West present in all sorts of academic and cross-cultural work that at base simply accelerates capital flow for the new speed-elite. I was suggesting that the same logic might have espoused the presidential campaign and recent win of Barack Obama in the US. Now it might be imprudent for a European scholar living in Southeast Asia, who has set foot in the United States only a few times, to comment on the recent goings-on around the North-American presidential campaign. But as the globalization of Hollywood entertainment and everything else that accompanies it – like American politics – has also penetrated the small media landscape of Singapore, I believe my critical comments may not entirely be out of place. In fact, after the euphoric celebrations of the Obama win among almost all of my left-wing friends and online networks, I think that a bit of ‘outside’ perspective on this ostensible symptom of economic and democratic despair – because this, and not racial politics, is what made Americans vote for Obama – might be more than healthy. After all, American politics today, thanks to the techno-enhanced near instantaneity of global capital flows and its close relationship to expansionist politics, unfortunately concerns all of us globally.

Let me be clear first: the Obama victory certainly appears to be a major step forward in terms of a more equitable racial representation in the American government and the otherwise white- and male-centered mass media. And certainly, he may function as a positive role model for many a child from certain disadvantaged racialized communities (although it would be prudent to remember that Obama is a rather pale kind of black). But I would like to suggest that Obama’s election win could or should also be read as marking the fact that the locus of power has today effectively vacated the arena of media representation and identity politics, and entered the realm of digital mediation. Put differently, the well meaning but shortsighted racial identity politics that made certain people vote for Obama may in the end fuel precisely the disastrous machinery of speculative neo-liberalism that Obama supposedly has come to release us from. 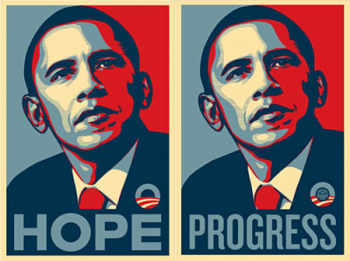 What I am arguing is that, under technocratic globalization, there exists an increasingly vast gap between representational politics (Vertretung) of the so-called ‘democratically’ elected governments, and the politics of symbolic and media representation (Darstellung) – an ever more important distinction that Gayatri Spivak already makes in her infamous ‘Can the Subaltern Speak?’ This vast gap, I claim, presents itself in the Obama case on two levels. On the first level, what Barack Obama represents in terms of cultural signification, is not at all what he represents politically. It would be a huge mistake to believe that Obama’s government will really fight for all minorities, like the queer communities or the lower classes, simply because he is a ‘minority’ himself. We Dutch folks made a huge mistake several years ago when many queers in the Netherlands were rooting for a gay male politician who was essentially going to sell the middle-lower classes, black people’s, and women’s rights down the drain. Judith Butler has likewise already unearthed the obvious but by many left-wingers willfully overlooked fact that Obama is not gay-friendly, nor really concerned about the black lower classes, nor in fact left-wing at all, in her timely and cautious “Uncritical Exuberance?”

But while Butler is still ‘exuberant’ enough to give the good man a chance to prove himself, I am more pessimistic. This is not because I think that Obama will turn out to be a new Bush in disguise – he seems certainly more intelligent and compassionate. It is because the vast gap on its second level (and even more disturbingly so) boils down to that what and whom Obama seeks to change and represent, is out of sync with the economic structure and discourses that he will eventually reproduce. Mike Davis for one addresses the dangers of this gap in his lucid and incisive “Can Obama See the Grand Canyon? On Presidential Blindness and Economic Catastrophe.’ He analyzes the vast gap in terms of the utter blindness for its underlying capitalist logic and seriousness of the current economic crash. I would like to further address the existence of this ‘canyon’ in terms of technocratic acceleration through signs of relative difference, like ‘black’ versus ‘white.’ The ‘canyon’ is not merely an economic issue, but an issue that more seriously marks the crisis of humanism and its complicity in neo-liberalism.

What really happened during the Obama road to the presidency was a frantic reproduction of a fake oppositional politics, and a masquerade of relative differences as if they were radical differences. Obama, in short, has come to symbolize the promise of humanism and people’s yearning for transcendence from major ideological and economic structures of oppression that has sadly come to do nothing else but accelerate capital. Who else than a black man to prove that Western humanism and the democratic principle were right, and that its horrible legacy of colonialist and racist oppression were mere accidents en route to utopia? Obama therefore has been bombarded in left- as well as right wing circles as womankind’s savior, very much in the Christian redemptive tradition which likewise reproduces its problematic social structures and ideologies through letting its subjects shuttle between hope and despair. But of course, Obama is not and cannot be this savior, although he has certainly made clever political use of his symbolic function in his ascendance to the oval office. Obama is really a prime figure of the new speed-elite and its bogus claim that the cross-breeding of representative democracy, technological invention, and capitalism leads to social equity. And it has already turned out that he is professing to a highly problematic middle-class populism, with making decisions that only look good in their symbolic dimension but actually espouse ultra-capitalism, like capping salaries of bank CEOs and extending broadband networks to rural areas. 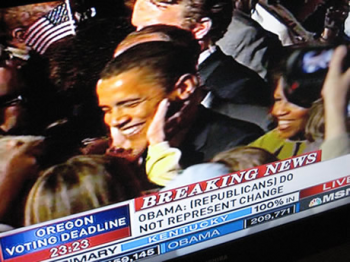 So what I am ultimately suggesting is that on both levels I described above, as Davis aptly puts it, “deception is truly the mother’s milk of American [and increasingly today, global] politics.” It is the workings of (technological) deception that make the politics of representation today complicit in that neo-liberal and technocratic acceleration and disenfranchisement that precisely had Americans so desperately vote for Obama. And we want to be deceived, because we cannot believe that centuries of technological, industrial, and moral humanist ‘development’ will prove to be hubris of the most dangerous and destructive kind. It is for this reason also that I feel I can safely predict that Obama, despite his rhetoric of international outreach, will simply continue with the foreign militarist politics of the Bush regime in the Middle East, Afghanistan, Pakistan, and Iran, chasing down ‘terrorists’ and ‘bringing democracy and stabilizing areas’ wherever he deems fit. Likewise, I can safely predict that under his government, the ‘canyon’ between rich and poor will widen. This might decrease the overt amount of racism and sexism in the speed-elitist echelons of society, but it will further increase the total number of poor as well as aggravate the racism, racialization, and feminization of poverty worldwide. And this time, we cannot blame the political right anymore.