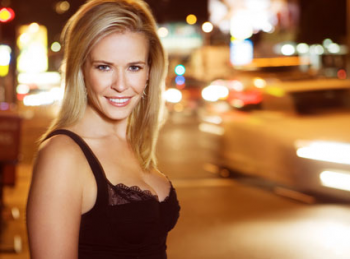 Chelsea Lately at first, second, and third glance is an unlikely forum for political talk. It isn’t self-consciously “political entertainment” like Real Time with Bill Maher that intentionally mixes celebrities and pundits to spur raucous political debate. Nor is it similar to the satire of The Daily Show or The Colbert Report that depends primarily upon politics (and news coverage of politics) as comic fodder. Chelsea Lately isn’t even as self-consciously political as The View, which features political disagreement among its hosts as soap opera: What will Whoopi or Joy say that will make Elisabeth cry today?

This is not to discount the effects any of those shows may have had popularizing political talk. It’s just that comedian, actress, and best-selling author Chelsea Handler is doing something different that I think ought to be celebrated. Her persona as outspoken host who is seemingly willing to insult any celebrity without fear of retribution, combined with her marginalized position on the talk circuit (programmed on E! against Leno and Letterman) has allowed her to explicitly articulate her own politics right alongside snipes at the Jonas Brothers, Lindsey Lohan, and The Hills’ Heidi & Spencer.

When Tina Fey and Amy Poehler declared that Weekend Update was endorsing Hillary Clinton, they essentially hijacked SNL from Lorne Michaels (who has always been happy to provide a pulpit to any politician if it’s good for ratings) whose authorial imprint on SNL has for all practical purposes offset the autonomy of any of the show’s individual performers. In retrospect, this “bitch” moment seems to have been a high-water mark for Fey’s ability to articulate her own politics, whether through such direct pronouncements or through embedded narrative politics of 30 Rock. As Jonathan Gray has noted, Fey’s wicked impression of Sarah Palin had an opportunity to critically define Palin in a way most impressions do not, given the McCain camp’s sheltering of the VP candidate. But when Palin and Fey met face-to-face on SNL, there was something sheepish about how Fey ducked away that suggested embarrassment more than meaningful disdain. Even more disappointing has been the third season of 30 Rock, which has featured Liz desperately longing to adopt a child and repeated scenes between Liz and Jack that awkwardly suggest that what she needs most is an alpha-male.1

From what I can tell, Chelsea Handler took inspiration from Fey and Poehler and is taking the opportunity to “politically bitch” on her show several times a week.2 Chelsea Lately usually begins with a brief monologue, after which Chelsea leads a round-table discussion with a rotating panel that usually includes another host from E! and a couple of stand-up comedians.3 Several times a week pre-recorded skits are shown, and these sometimes offer a “behind-the-scenes” look at the show. In this way, the show parallels 30 Rock, but without Liz Lemon’s self-conscious, insecure management style. For example, one clip showed Chelsea terrorizing her staff by throwing dodgeballs at them in the office. Chelsea describes this as a productive team-building exercise, but the writers and assistants complain about having to work in fear.

While the cultural politics of Chelsea as female talk show host terrorizing her staff are intriguing, what I’m interested in discussing here goes completely unmentioned: Chelsea wears an “Obama ‘08” t-shirt throughout the entire skit. David Letterman might complain when John McCain ditches his show to do an interview with Katie Couric, but you can be damn sure he’s not going to tell his audience how to vote. That, however, is exactly what Handler has done. The night before the 2008 election, she stared down the camera and told the audience that if they lived in California, they needed to vote “no” on Proposition 8. In many of her roundtable discussions she made reference to participating in campaign events for Obama, and never missed an opportunity to make fun of the few Republicans in Hollywood such as Jon Voight, Lou Ferrigno, and “one of the Baldwins.”

Handler not only hosts the show, but she possesses an authorship that can broaden the snarky talk from showbiz to capital “P”-Politics. These comments don’t just broadly hint at Handler’s views the way satiric criticism does, but explicitly state her positions on particular candidates or issues. Consider a roundtable discussion from an episode the month prior to the 2008 election.

The talk veers from Sarah Palin’s tanning bed, to the E! reality show Sunset Tan, to the economic downturn at which point Handler abruptly (and loudly) upbraids rich Americans who complain about paying higher taxes. Things move quickly back to Megan Fox’s lesbian relationship and Celine Dion’s 67-page contract rider (and after the break, Lance Bass on Dancing with the Stars!). Thus, showbiz banter remains the center of discussion. But in-between, the snarks are aimed squarely at Palin and rich Republicans.

The fact that Chelsea’s political comments are made directly alongside typical celebrity snarks suggests an articulation of political opinion that might resonate with viewers who don’t considered themselves “political.”4 Her righteous indignation about the rich who don’t want to pay taxes is unexpected in a way that the popular political talk on The Daily Show or Real Time with Bill Maher never is. In this way, Handler passionately articulates her own political beliefs without that being what she or her show is ultimately “about”—something that is actually quite rare on television.

A couple of reasons why I think all this matters: First, Chelsea Lately is a successful late-night talk show hosted by a woman. The program was recently renewed and will run at least through 2009, officially, though E! VP for original programming Lisa Berger has said the cable network looks forward to running the show for “many years to come”.5 Secondly, the very fact that the program is marginal (a late-night, halfhour talk show on basic cable) means she can be more explicitly political than a network sitcom or even an ensemble sketch show like Saturday Night Live. Chelsea as star/host exercises an authorial influence on the program’s content that isn’t possible for Fey to exert over her own network sitcom or over Michael’s SNL (witness Tracey Morgan’s rebuttal a couple of weeks later on Weekend Update: “Bitch may be the new black, but black’s the new president, bitch!”) Third, while Conan O’Brien’s ascension to Tonight Show host may be the late-night headline in the coming year, the more significant change may be the degree to which cable talk shows (again, which due to their marginal positions can give their hosts more opportunities for explicit political statements) have eaten away at the broadcast late-night audience.

O’Brien is getting the job largely because he’s seen as appealing to a younger demographic, but that demo is the same one turning away from broadcast and fueling the success of The Daily Show, The Colbert Report, and, indeed, Chelsea Lately. At the top of the late-night heap, The Tonight Show’s numbers have declined from 5.74 million in 2003 to 4.84 million in 2008. In the same timeslot, Chelsea Lately’s numbers have jumped from 409,000 in 2007 to 494,000 in 2008; a modest total, but a huge proportional jump, and one accomplished without the A-list stars which are de rigueur for Leno & Letterman, or the prominent politicians and pundits that The Daily Show and The Colbert Report routinely nab.6

One must presume that it is Chelsea’s outspoken persona (more Joan Rivers than Tina Fey, really) that is attracting the viewers. The fact that she has become more explicitly political at the same time suggests that her success is symptomatic of the tastes driving the success of Keith Olbermann and, more recently, Rachel Maddow. Tina Fey was crowned #2 Entertainer of the Year by Entertainment Weekly, while Chelsea Handler had to make do with an honorable mention as one of the “breakout stars” of 2008 alongside American Idol winner David Cook and Angel, the canine star of Beverly Hills Chihuahua, among others. Here’s to hoping Handler receives more of the sort of attention afforded Fey, whether her future lies on network or cable TV. As Handler recently said on one of her closing segments, she’s not on CNN yet, “But watch your hairy, gray back, Wolf Blitzer!”