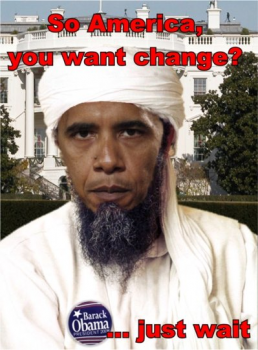 While rumors are a timeless phenomenon, popular and academic voices note something changing. Like the Matrix, Baudrillard’s hyperreality, and David Lynch’s owls in Twin Peaks, things are at best not what they seem; at worst, perpetually disorienting. Henry Jenkins’s “convergence culture” has become a keyword for our present conjuncture where new and old media content, production and consumption, collide in fascinating new ways. Though gatekeeping practices in news and cultural production have weakened, creating new production opportunities, rumor rises to new levels of importance in a postmodern political context.

Despite the digital divide, the cases of rumor exploding into public scandal are fairly global. They have prompted suicides, imprisonments, stock plunges, resignations and government investigations . For example, on Friday October 3, on CNN’s “Citizen journalism” site a post appeared stating that Apple CEO Steve Jobs had had a heart attack. Apple stock plunged immediately, though the rumor was debunked an hour later, leaving suspicions it was planted by a short-seller after quick gains. But rumors have assumed a very special role in professionalized politics, where communication experts shrewdly read the new convergence culture and use rumor to try to steer political discourse via inter-media agendas. 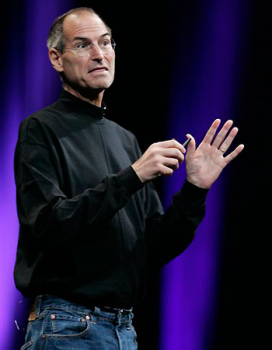 In February 2006, the Democratic Party of Japan admitted that one of its politicians used a hoax email producing a scandal that implicated a senior official of the governing Liberal Democratic Party, who allegedly received large sums of money from a publicly disgraced Internet startup. In 2005, a political consultant in South Africa was paid to fabricate emails to sow divisions and contribute to the succession battle in the ANC. In Nigeria in September 2008, an entire TV station was closed after it repeated an internet claim that Nigeria’s president would resign due to illness.

New photo-editing technologies led to visual rumors. Recall the doctored photo of John Kerry with “Hanoi” Jane Fonda which made its way into the New York Times, and countless war journalism examples.

Perhaps the most common American political rumor recently concerned Barack Obama. When it was clear Obama would be a contender, the Muslim rumor was launched, landing on mainstream news when a Clinton campaign volunteer was caught re-emailing it. Videoed McCain supporters also announced dread of an “Arab” President Obama, again frequenting news agendas, pressuring McCain to respond that Obama was a “decent family man” (not an Arab). Meanwhile, these rumors have complements that imply Obama was/is a terrorist because he allegedly “pals around with terrorists,” referring to acquaintance Bill Ayers.

Rumor then is a keyword of contemporary politics and culture. But is it useful as a scholarly concept?

I proposed the concept of “rumor bomb” (RB) to distinguish a particular use of rumor from other related notions.1 I begin with the widespread definition of rumor as a claim whose truthfulness is in doubt and which often has no clear source even if its ideological or partisan origins and intents are clear. I then treat it as a particular rhetorical strategy in current contexts of media and politics in many societies. The “RB” extends the definition of rumor into a media/politics concept with the following features:

1. A crisis of verification: perhaps the most salient and politically dangerous aspect of rumor. Rumor is classically defined as a kind of persuasive message involving a proposition that lacks secure standards of evidence.2 Obama is a Muslim, an Arab, a terrorist. In each of these cases, the verification is dependent on the definition of the term the subject is accused of embodying, its persuasive impact depending on its strategic ambiguity, and on the desire of the receiver to interpret it in a particular way. If Obama spent important formative years in a country where Islam was a dominant religion, does that make him in some way “Muslim” even if he identifies with Christianity? The very fact that some will debate it suggests the political power of the rumor/statement.

2. A context of public uncertainty or anxiety about a political group, figure, or cause, which the RB overcomes or transfers onto an opponent. The U.S. is in the greatest financial crisis since the 1930s, is fighting two wars that have been marketed as a war on “terror” or terrorism, and Bush hasn’t had a plus 50% approval rating in years. That’s public uncertainty and anxiety about a country’s leadership and future. Enter the tri-partite rumor. Similar to John Kerry is “French” in the context of freedom fries and images of supposedly mass protests against French “treason” by Americans pouring out their $14 Beaujolais.

3. A clearly partisan even if anonymous source (eg. “an unnamed advisor to the president”), which seeks political profit from the RB’s diffusion. Mr. Corsi who was proud to make a book out of the Swift boat and now the Obama is Muslim rumor. Or the Clinton campaign volunteer who happily circulated the viral e-rumor. Also like the “unnamed White House official” who during the 2003 declarations of Democratic presidential candidacy told the New York Times John Kerry was “French-looking.” 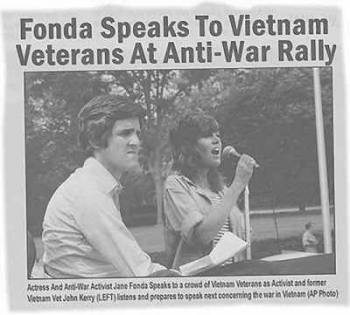 A doctored photo of John Kerry and Jane Fonda

In addition, RBs are similar to but different from such concepts as disinformation (intentional false information) and propaganda. Disinformation? Often too associated with government. Propaganda? A widely varying concept used to describe attempts to control opinion without regard for ethics and accuracy. Similarly, “spin” is a generic term for attempts to frame or re-frame an event or a statement in a way politically profitable for one side and detrimental for another,3 while a “smear campaign” is a popular term that loosely means a coordinated effort to attack a person’s character. An RB, while similar to these terms, has very particular cultural and historical conditions: a new media “convergence culture” where information produced on the internet can influence the production of media content in other forms; new media technologies and business values that emphasize speed and circulation, fewer resources and less time for verification, and that combine with entertainment values in news, political marketing, and public craving of tabloid news that mirrors other entertainment genres. RBs are not just about classic mouth-to-ear diffusion. They begin in a rapport between deliberate “disinformers” and media, whether TV news, talk shows, newspapers, radio, or internet. They then circulate across these media. Unlike a “smear campaign,” they need not be about discrediting a person (as is the case for example in claims about Iraq and 9/11 or weapons of mass destruction moved to Syria). Similarly, spin refers too specifically to an event and its re-framing. RBs may seek to produce events themselves (like “pseudo-events”).

One doesn’t need audience studies to know that RBs have effects (though that would enlarge the picture). When websites devoted to a rumor appear and generate lots of visits and commentary; when “old media” news give it attention; when a policymaker, a company, a candidate is forced to take time and energy to respond to his/her damaged brand image or character instead of talking about or doing something else; when scandals force people to resign from powerful positions (only to have it known months, even years later that the claim/rumor was a hoax) rumors are having powerful effects, and considerable numbers of people attach to them, at least for a while. The question of why and how they are launched and why and how people attach to them is room for new research that moves beyond the outdated strictly interpersonal or even old media treatment of rumor. The present conjuncture is much more complicated, exciting, and dangerous.

If there have always been unverified claims printed in “professionalized” journalism (before that turn, of course, rumor was a news staple), the degree to which they are sliding in and also swirling about the new media forms we consume suggests we are in a very new kind of convergence culture, one whose dangers may recall the theories of Paul Virilio more than Henry Jenkins.