“As Canadian as… Possible under the Circumstances”: Canadian Youth Television in the United States
Nafissa Thompson-Spires / Vanderbilt University 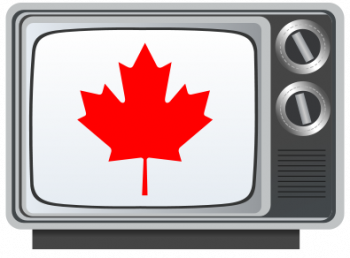 As Canadian As Possible…

Both the United States and Canada have “drunk enough from the same pitcher of Kool-Aid to render our differences virtually indiscernible.”1


Because of longstanding U.S. penetration in other Canadian cultural industries, the Canadian government essentially structured television as a medium for building national identity and a counterforce to U.S. influence.((Serra Tinic, On Location: Canada’s Television Industry in a Global Market, (Toronto: U of Toronto P, 2005) 7.) An alternative to “unbridled” U.S. commercialism, 2 Canadian television would educate viewers with tasteful programming, documentary realism, and a public-service/ publicly funded model.3 But as Canadian television has become increasingly commercial, increasingly dependent on selling exports to the United States and on importing U.S. television series, these changes have, predictably, complicated the Canadian Radio and Television Commission’s creed for national identity building and televisual distinctiveness.

This is less the case in youth television, however — as Michele Byers writes, Canada’s marginalization from the production of adult-aimed texts has allowed it to excel at the “(over)produc[tion]” of youth television in at least three areas: series with universal settings that are easily assimilated into international contexts; those, like Degrassi and Road to Avonlea, that are successful in spite of their Canadian aesthetics; and those that are simply too different for exportation.4 I am most interested here in the first two categories, which provide the bulk of Canadian youth exports to the United States. With these texts, U.S. “viewers are less likely to notice the Canadian mark… because of their production values or unfashionable, chubby, acne-riddled actors.” 5 But while they may not notice a negative “Canadian mark,” they are likely to notice other characteristics that mark them as Canadian.

In this discussion I juxtapose what we might call “distinctively Canadian” texts with those that attempt to pass, arguing that Canadian series are more likely to succeed in the United States when they are attentive to Canadian places, people, and aesthetic traditions. Of the several Canadian series that have recently fallen in and out of the U.S. youth market, those that attempted to “pass” for U.S. productions failed much faster than did those that were obviously Canadian. By “Canadian” I do not suggest an essentialist, unified identity, but characteristics that stem from Canadian institutions, literary techniques, and aesthetics. In youth television, Canadian differences—documentary realism, pedagogical entertainment, ironic distance—are what make Canadian series useful commodities.
Both Life With Derek, a “tween” comedy airing on the Disney Channel, and Instant Star, a teen drama broadcast by The N, fall into the category of distinctively Canadian. Both series are clearly set in Ontario, and both include lighthearted pedagogy through characters’ experiences. 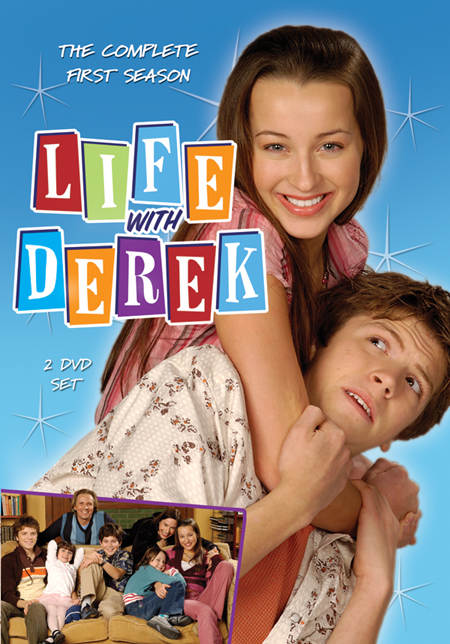 More importantly, each series utilizes irony and deadpan humor in ways that are more in keeping with Canadian traditions than those of the United States. As a sitcom, Life with Derek is an uncommon Canadian export (live-action Canadian series are usually dramas or comedy-dramas, while most U.S. live-action youth series have shifted towards sitcoms). But Derek immediately stands out against comparable Disney-Channel and Nickelodeon fare, where laugh tracks and crescendo guide humor: When characters from That’s So Raven, Hannah Montana, and iCarly usher the audience towards laughter, they generally do so by shouting (“Oh Snaaap,” “Oh no you didn’t,” “Because I said so!”). The comedic pacing in Derek, conversely, relies on situational, rather than verbal, irony. Derek uses cutaways—extraneous moments that highlight absurdity, humor, or stress—and non-diagetic sounds such as records scratching, guitar riffs, etc. to create punchlines. The result is programming in which viewers can expect to do more analytical work to “get” the jokes, but in which the nuanced humor is more satisfying because of it. Given that Derek has outrated the highly visible Hannah Montana, something in this difference appeals to U.S. viewers.

At the narrative level, distinctively Canadian dramas traditionally deal more with real-life issues—another byproduct of a documentary tradition that called for “difficult programs for disciplined audiences” —without the sensationalism of Gossip Girl or 90210 (old or new). This gives the sometimes issue-driven but often “everyday” narratives an authenticity in which drama is not extracted from context but is central to character development. Instant Star deals with “issues” as well as Jude Harrison’s attempt to find herself after winning an American-Idol-esque contest. The series adds a Canadian context for music production in which the star system is milder, Paparazzi are scarce, and commercial success is not as satisfying as independence. To that end, the show’s view of pop-stardom focuses much more on the psychological than the salacious. We might even read Jude’s continued struggle for self-definition, self-differentiation, and independent production as symbolic of the historical struggle for producing Canadian cultural products and identity. Like Derek, Instant Star has garnered an intense U.S. following and a lamented cancellation after four seasons. 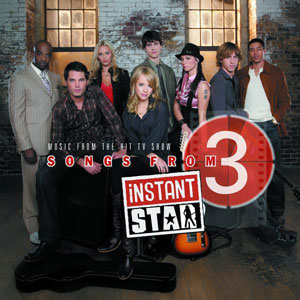 Some of these distinctive qualities remain in Canadian series that attempt to pass as U.S. products, but their combination of noticeably different storytelling with fake U.S. locations and characters makes for precarious texts that fail to impact any market. Many of these series are co-produced for dual audiences, with Canadian settings for Canadian viewers and vague or “New England” settings for U.S. viewers. 6 Falcon Beach, for instance, which aired on ABC Family, was set in a New England beach town for U.S. viewers and Winnipeg for Canadians, and scenes with national markers were shot differently for each respective audience. The setting itself, however, is not as problematic as the attempt to adapt Canadian series for U.S. aesthetics. Falcon Beach’s less-traditional multiracial casting and its initial storytelling marked it as different. But it eventually relied on similarity to The O.C., making the series a Northern copy of the same California tale. It lasted only two seasons.

In a similar vein, The Best Years includes a Boston setting for both Canadian and U.S. viewers. Its casting, ensemble narration, and Degrassi-esque topics are fittingly Canadian, but the series relies on episode-by-episode shocks that resemble U.S. drama—temporary characters that die or leave quickly, bizarre love triangles, catfights—and undermine its believability. 7 Some viewers recognize this, arguing that the series and its actors fail to pass. One writes, “I know the actors are Canuck’s, and this is shot in Canada but you mean to tell me they couldn’t hire a few Boston natives to make it more authentic? [….] even the producers of Friday Night Lights knew their show would not work unless it was shot in Texas, and not some LA, or Vancouver backlot.” 8 After one season, The N stopped airing The Best Years, and though it still airs in Canada, it is unclear whether it will return to U.S. television. About a Girl, another comedy broadcast by The N, utilized similar techniques and met a similar fate.

Meanwhile, Life with Derek and Instant Star overtly make Canadian elements part of their narrative and aesthetic strategies—or at least they do not mask them—and they have met unprecedented success in the United States. The best Canadian television series, then, those that do not assimilate their origins, remain as Canadian as possible under the circumstances—of globalization, commercialization, etc. Difference is what allows Canadian television to fill important gaps in U.S. programming, where sameness traditionally dominates.

Admittedly, not all of these differences inspire appreciation: The realism with which Canadian youth series handle issues often causes anxiety for the U.S. networks that import them, making Canadian television susceptible to censorship, editing, and U.S-ification once it crosses the border. Ready or Not and Naturally, Sadie, for example, both Canadian series that aired on Disney Channel, became less distinctive and differently motivated as Disney became more involved in their production. And the Degrassi series have endured infamous U.S. censorship. The more “Canadian” Canadian series are before they get to the United States, then, the better chance they have of retaining their characteristics after U.S. modification.